Canonical has dropped a final beta of Ubuntu 20.04 "Focal Fossa", set for full release on 23 April.

Canonical says that 95 per cent of all Ubuntu installations are LTS – so for those users, this is the first new release since 18.04. The Linux kernel in 20.04 is 5.4, which is also a long-term release. 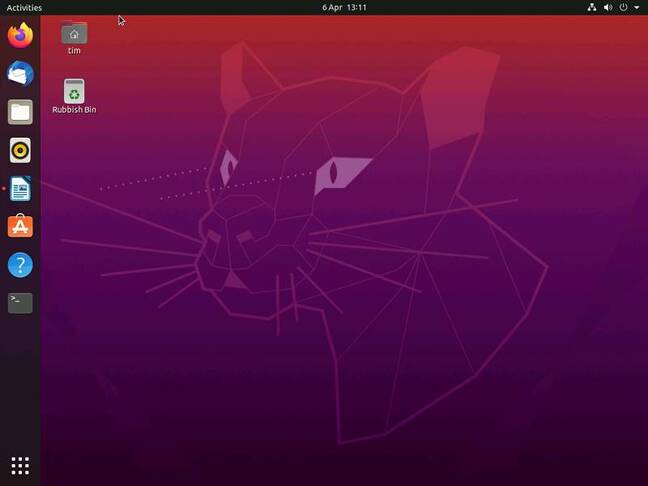 A fossa is a cat-like creature endemic to Madagascar and the name has inspired some striking wallpaper in the new OS.

The most visible difference in 20.04, if you are running the desktop edition, is the update to GNOME 3.36. The login screen now has an option to show the password, there's a new graphical boot menu, a new design for the system menu, and claimed performance improvements. 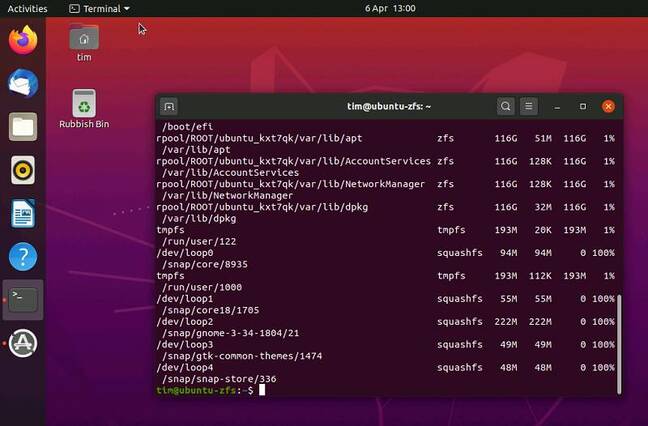 ZFS support is improved in this version, but still marked experimental

ZFS, an alternative file system, is now at OpenZFS version 0.8.3. This includes native encryption, device removal (for removing drives from a storage pool), and Pool Trim for more efficient use of SSD storage. ZFS is still flagged as an experimental option on install. Bundled applications are upgraded, for example, to Firefox 74, Thunderbird 68.6, and LibreOffice 6.4.

On Ubuntu Server, the biggest news is the upgrade of QEMU (Quick Emulator) to version 4.2. Among many new features is support for a minimalist microvm machine type, inspired by AWS Firecracker for container-type workloads with better isolation. Nested virtualisation is now "considered fully supported", according to the release notes. The libvirt library is now at version 6.0, with new features including direct access to NVMe drives.

Other product upgrades in Ubuntu Server include PHP 7.4, Ruby 2.7 and PostgreSQL 12.

We took the new desktop build for a quick spin. The differences from 19.10 are noticeable but not dramatic. An attempted ZFS install on Hyper-V failed with a kernel panic but worked after reboot. 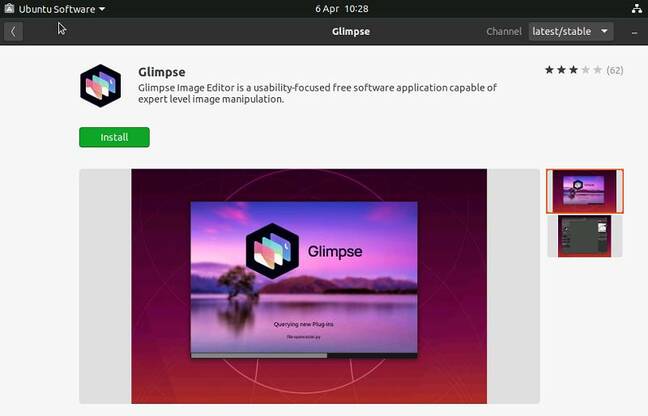 Glimpse is a featured application in the Ubuntu store

In the Ubuntu application store, the first thing we saw was Glimpse, the fork of the GIMP image editor primarily intended to fix the "problematic" name. The project has won enough support to progress to wide availability. There is some evidence of controversy, with 28 out of 62 user ratings awarding just one star, and 23 awarding five stars. Reviews show general appreciation, though.

The install wizard invites you to connect an online service so we hooked up to a Microsoft account to see what would happen. The answer was not much, aside from a scary permissions dialog. There is no integration with OneDrive, for example. It looks as if linking to a Google account instead might work better, with Google Drive support promised. 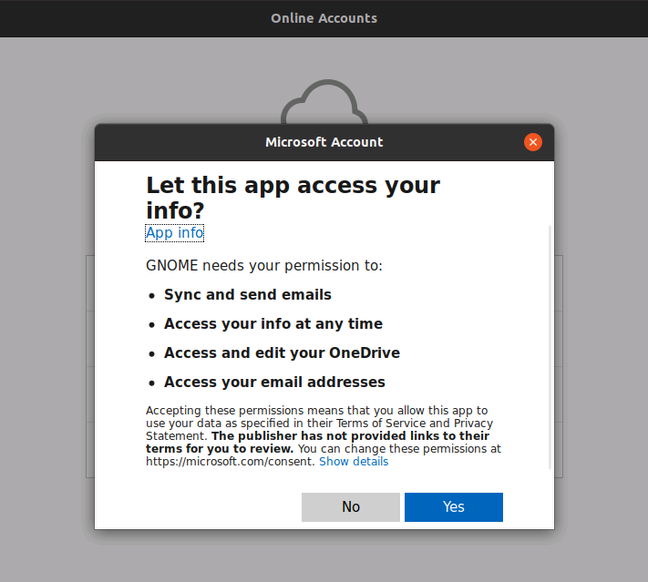 You can hook up Ubuntu to online accounts, but in this case with little benefit

You do not have to use the GNOME version. Other options range from Kubuntu based on KDE and using the Plasma desktop, the lightweight Lubuntu, and others including Budgie, Kylin (Chinese), MATE, Ubuntu Studio aimed at design and multimedia, and Xubuntu with Xfce (also lightweight). You can find the releases here. ®