You in for a curl up and dye? Yeah, looks like the same for this screen in a hairdressers

A cunning cut won't save this bit of borkery 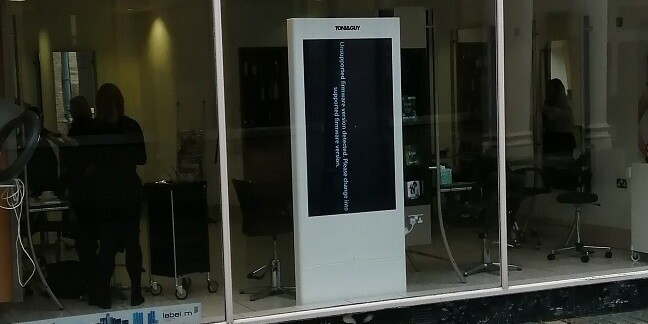 Bork!Bork!Bork! While computers falling over in public may once have been a thing to be mocked, now they are reminders of days gone by and sometimes, just sometimes, have a message for the future.

Take this example spotted in the windows of a Toni & Guy hairdressing salon by Register reader Ian Bonham. The picture of the "barnet botherers", as Bonham put it, was taken on a chilly Saturday in February before Blighty quite suddenly changed.

Indeed, while the shears may have been flying while the screen was borking, the hairdryers have been silent since 23 March, when the lights went out in businesses around the country. 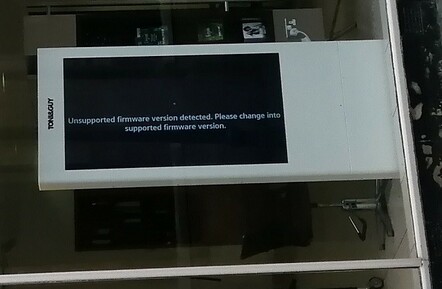 Naturally, we're not averse to slipping into something a little more comfortable when called for, and at our age, more support is always welcome. However, the message does seem serious, and we doubt that a teasing with the tongs or a hammering with the hairbrush won't send it on its way.

The Bury St Edmunds branch has just celebrated its 20th birthday, having been opened in 1999, and promises the experience of a visit will be "a fabulous one for both you and your hair." The chain itself is quite a bit older, having seen the first branch open in 1963, run by brothers Toni and Guy Mascolo. Both have hung up their clippers for the last time, Guy in 2009 and Toni in 2017.

While our reader "battles COVID-19 and mad customers" in a nearby supermarket, this hack at least is looking forward to when the only risk to life and limb on a jaunt to the barber is a ham-fisted scissor operative.

Otherwise it might soon be time to either break out the pet clippers or simply let nature take its course: the Full Jesus awaits. It is almost Easter after all. ®

Chicago: Why I just grin like a dork... It's my kind of Bork

Bork!Bork!Bork! Even the bus shelters of the windy city cannot escape the borkage