'It was really a long process because it's just volunteer work'

Interview Inkscape, a popular open-source vector graphics application, is heading for its 1.0 release more than 16 years after its first appearance in November 2003.

The Inkscape team has released two updates, one to fix issues with the current version, and the other a release candidate for 1.0.

The application runs on Windows, Linux and macOS, though 1.0 is the first native macOS version as previous versions required the XQuartz X window system. It is fully 64-bit and requires OS X El Capitan 10.11 or higher. Mac support is hugely important, thanks to the wide use of Macs in the artistic and designer community. The native format of Inkscape is SVG, an XML-based standard for vector graphics.

Under the covers the big change in version 1.0 is the switch to the GTK+ 3 library. This enables features including support for HiDPI displays. There are also a ton of application features, starting with a split view between outline and fully rendered views of the current document. Additionally, an X-Ray gives you a circular window that lets you peep through the drawing at the outline view. A new display mode called Visible Hairlines lets you see all lines of nonzero width, even if the zoom level would normally hide them.

There is better support for touchscreens, with pressure sensitivity supported in the pencil and eraser tools, and pinch-to-zoom support, provided your hardware is supported. 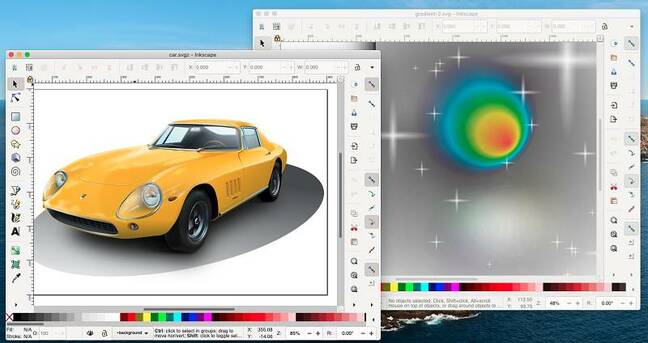 Inkscape is now a native application on MacOS

A new measurement tool shows the length, height, width and position of a path when you hover over it, while the improved context menu has been extended to offer hide/unhide and lock/unlock options. A new tool in Align and Distribute, called on-canvas alignment, lets you align objects relative to the current selection by clicking them three times.

Some new options are aimed at web developers. A new export format is HTML5 canvas, which saves an image as code to render it on an HTML Canvas element. There was intended to be support for adding CSS classes and styles to elements, though the team said: "There are a couple crashes, which is the reason why the dialog has been disabled for the 1.0 release." The feature is now documented as "experimental".

The user interface is more customisable than before, with the ability to modify menus via an XML file and to configure interface colours and styles by editing a CSS file. You can also set a custom GTK3 theme, and import new themes by moving them to the themes folder.

A neat feature of Inkscape is the command shell, launched by adding the --shell argument. This has been revised with what is described as a "major overhaul". Many of the actions now take arguments, and you can also specify multiple actions in a single command by separating them with semicolons. You can export multiple objects from a single SVG file by specifying the object names. 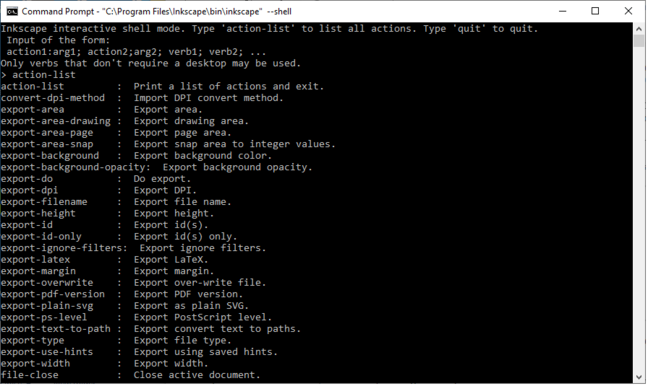 The Inkscape command shell on Windows

There are some breaking changes in the new version, especially with extensions, most of which will need to be updated to work with this release.

Marc Jeanmougin, a member of the Inkscape board based in Paris, spoke to The Register about the new release. We asked the burning question: why has it taken so long to get to version 1.0? "The main reason is because we have migrated from GTK+2 to GTK+3, which is quite different. Yes, it was in the works for a lot of years, it was really a long process because it's just volunteer work," he said. One of the issues is that "people usually work on what they are interested in", which leaves a gap for the less interesting but necessary "basic infrastructure work".

Is the open-source business model, or lack of it, holding back Inkscape? "We would advance much faster with even one or two full-time people," said Jeanmougin. "That has been some frustration because we only rely on donations. We get much less than what we would need to hire people." 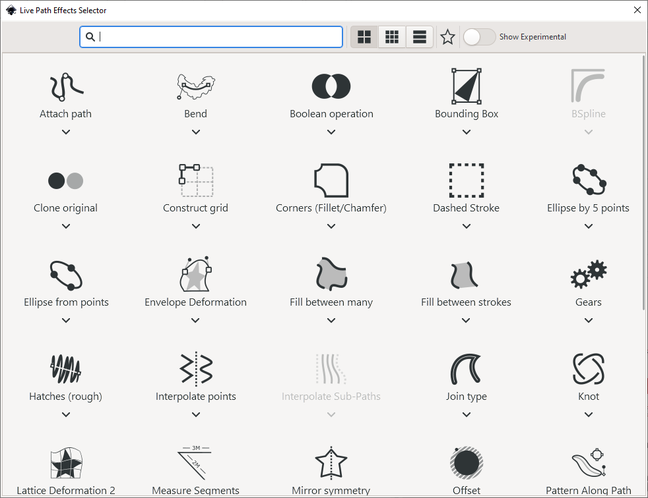 Jeanmougin said that a highlight of the new release, along with proper macOS support, is "live path effects, which existed before but has a new interface now".

We discussed how Inkscape compares to commercial alternatives, such as Adobe Illustrator or Serif's Affinity Designer. "I don't use the commercial alternatives myself," said Jeanmougin. "But what people tell me is that the process of manipulating curves is easier in Inkscape, but it's very hard to migrate from previous knowledge of another program, especially Illustrator, to Inkscape."

This is a matter of familiarity. "Many people who start with Inkscape find it intuitive," he said. Another issue that affects professionals working for print is poor support for CMYK colour profiles. It will not be an easy fix because it is an issue with the libraries Inkscape uses.

What else is coming? "One thing that will not be in 1.0 is collaborative editing, being able to teach people while using the software, and collaborating on drawings. That will probably be in 1.1," said Jeanmougin.

The team has only limited knowledge of how many users run Inkscape, and how they use it, Jeanmougin told us. They see downloads from the site, which are mainly Windows because Linux users get the application from package managers. They know that macOS usage has been very small. The implication is that there is no telemetry baked into Inkscape. "We don't have anything like that. We are very committed to not have that. We want users to keep their privacy," he said.

We installed the new release candidate on both Windows and macOS, and first impressions are of a high-quality, professional-looking release. On Windows you have to pass warning dialogs because the installer is not signed. "On Windows you can usually bypass all warnings," said Jeanmougin, "so we don't have signing for anything other than the Windows 10 Store package. We don't really recommend the Windows Store package, it's just for people to discover Inkscape. But for macOS we don't really have a choice."

The plan is for Inkscape 1.0 to be released on 1 May, Jeanmougin said, subject to feedback from the new release candidate. It has been a long haul, but it is worth checking out. ®