Choose your own thrill ride: A Florida slidewire or catching a rocket by helicopter 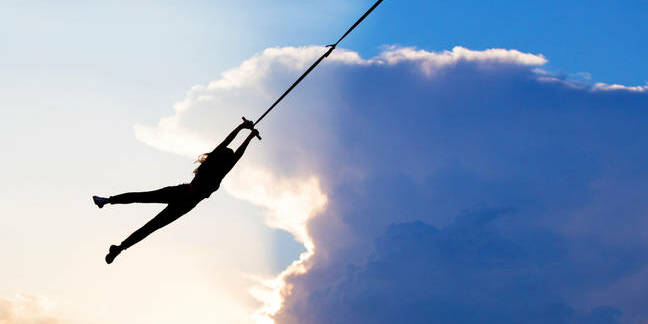 Roundup Catching rockets by helicopter, three more 'nauts arriving at the ISS and COVID-19 causing schedule shuffles - it's been busy in the realm of rockets during this past week.

ISS crew jumps to six as Soyuz trio turn up

Sadly for science, Meir, Morgan and Skripochka are due to depart later this week, leaving Cassidy & co alone for the next six months or so unless the US commercial crew providers finally get their act together; SpaceX hopes to launch its first crewed mission to the ISS at the end of May or the start of June – heck, what's the slip of a few weeks when you're already years behind schedule?

In the meantime, as well as keeping the ISS operational, the mission plan for the three new occupants calls for more than 160 science investigations to be conducted before the next crew arrives in October.

The final SpaceX Dragon made a successful splashdown in the Pacific Ocean last week, marking the end of the line for that particular generation of ISS freighter. It was the 20th contracted resupply mission for the company to the outpost and leaves the way open for operations using Dragon 2 to start.

The cargo-only Dragon 2 is tentatively scheduled for its first mission to the ISS in October this year. Hopefully, the updated shape will be a familiar sight for the station occupants following the earlier arrival of the crewed variant.

The retirement came as SpaceX and NASA rehearsed emergency scenarios at Kennedy Space Center's Pad 39A, which included loading personnel into the slidewire baskets located at the 265-foot level of the launch tower and whizzing down to the Mine Resistant Ambush Protected (MRAP) vehicles at the pad perimeter.

With Florida amusement parks shuttered due to the ongoing pandemic, the slidewire is one of the few thrill rides left in town.

What a difference a year makes. Back on 18 April 2019, Arianespace was bragging about signing up Japanese startup Synspective to launch the 150kg StriX-α satellite atop a Vega from its French Guiana Space Centre.

But in July 2019 the Vega suffered a launch failure and a planned return to flight next month is likely delayed as Arianespace closed its facility in March amid concerns around COVID-19, suspending all launch campaigns.

150kg is the sweet spot for Rocket Lab, and the company announced yesterday that it would be undertaking launch duties for the Synspective's Synthetic Aperture Radar (SAR) satellite in late 2020. The launch will be from Rocket Lab's New Zealand Launch Complex 1 atop its workhorse Electron.

Assuming New Zealand has lifted its own COVID-19 restrictions by then.

StriX-α is the first in a planned constellation of 25 SAR satellites, aimed at capturing images of the Earth's surface in all weather conditions regardless of day or night. It will also be the only passenger carried by the Electron.

While the US Space Force's Space and Missile Systems Center (SMC) opted to postpone the Falcon 9 launch of its GPS satellite from Cape Canaveral Air Force Station, SpaceX pressed ahead with plans for both the next Starlink launch and the long-awaited departure of astronauts from US soil.

The GPS III SV03 launch had been expected to go ahead in late April, but amid concerns about COVID-19, SMC bosses opted to postpone to no earlier than June 30. Lt Gen John F Thompson, SMC commander, said: "We have to get it right the first time, and protecting our people is just as important as cost, schedule, and performance."

GPS-III is three times more accurate than its predecessor, and SV03 is the third of the new generation. The current constellation of 31 satellites remains healthy, giving the SMC scope to pause.

The months-long delay came as SpaceX readied another Falcon 9 to launch the next batch of 60 astronomer-delighting Starlink satellites from Kennedy Space Center's Pad 39A. Originally destined for lift-off this week, the mission has been held off for a few days. The infamously taciturn company has, however, remained tight-lipped as to what the reasons might be.

Another rocket takes another step in the reusability game

As the Rocket Lab team twiddled its thumbs following the postponement of its latest launch due to New Zealand's response to COVID-19, which calls for most businesses to close and people to stay at home, it took the time to write up the results of its latest efforts in rocket recovery and reusability.

The test, which took place before the restrictions were imposed, had an Electron first stage dropped from a helicopter hovering over the ocean. A parachute was then deployed and a second helicopter closed in and caught the descending stage at around 5,000ft.

The company has already demonstrated that a first stage can survive a guided re-entry. One of the next steps will be to fit a parachute to an actual launcher and attempt another helicopter grapple. Not quite the crowd-pleasing SpaceX landing, but technologically impressive nonetheless.

As with SpaceX, Rocket Lab hopes to increase its launch frequency (and presumably cut its costs) by dispensing with the need for a new rocket every time. ®