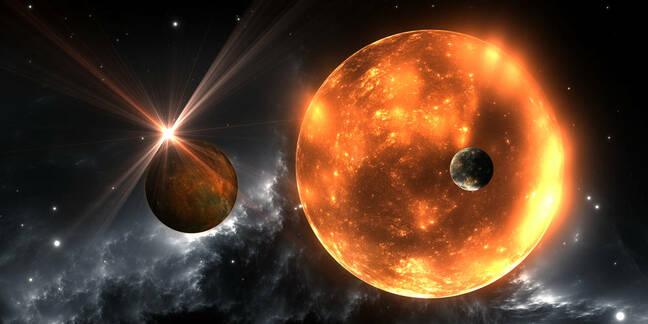 The European Space Agency’s latest telescope, known as Cheops, has passed its preliminary in-flight tests and will embark on its mission to study exoplanets at the end of April.

Cheops (pronounced kay-ops) is short for the Characterising Exoplanet Satellite. Unlike previous probes, Cheops is less focused on hunting new exoplanets and is more tailored towards analysing known objects in more detail.

Scientists have catalogued over 4,000 confirmed exoplanets since they were first discovered in 1992. Most instruments like NASA’s now-defunct Kepler Space Telescope or its current Transiting Exoplanet Survey Satellite comb the skies for new candidates using the transit method, which looks for a periodic dip in a star’s brightness signalling that an exoplanet is passing in front of it during its orbit. These measurements provide rough estimates of a planet’s size but they’re not very accurate.

Here’s where Cheops comes in. The compact 1.5-meter telescope will point its mirror at star systems known to be harboring exoplanets to determine each object’s radius and mass to help scientists better understand their structure and how they might have formed. But before then, ESA has to tested it’s instrument’s ability to stay stable and make precise measurements during an “in-orbit commissioning phase” for three months.

“To measure how well Cheops performs we first needed to observe stars whose properties are well known, stars that are well-behaved – hand-picked to be very stable, with no signs of activity” said Kate Isaak, the Cheops project scientist at ESA.

“The pointing is extremely stable: this means that while the telescope observes a star for hours while the spacecraft moves along its orbit, the image of the star remains always within the same group of pixels in the detector,” said Carlos Corral van Damme, the system principal engineer for Cheops.

The telescope’s in-flight tests were conducted as the outbreak of the novel coronavirus spread across the globe. ESA has had to reduce its operations as it ordered its workforce to stay home.

Cheops was able to run smoothly as the team automated most of its commands. It will now be transitioning away from its in-orbit commission phase and has started zeroing in on some of its targets, including 55 Cancri e, a “hot super-Earth” planet covered in a lava ocean and GJ 436b, a Neptune-like body currently being stripped of its atmosphere due to the piercing glare of its parent star. ®