Scientists in Australia are claiming to have made a breakthrough in the field of quantum computing which could ease the technology's progress to affordability and mass production.

Temperature is important to quantum computing because quantum bits (qubits) – the equivalent classical computing bits running the computer displaying this story – can exist in superconducting circuits or form within semiconductors only at very low temperatures.

Most quantum computers being developed by the likes of IBM and Google form qubits at temperatures within 0.1 degrees above absolute zero or -273.15°C (-459.67°F). These solid-state platforms require cooling to extremely low temperatures because vibrations generated by heat disrupt the qubits, which can impede performance. Getting this cold requires expensive dilution refrigerators. 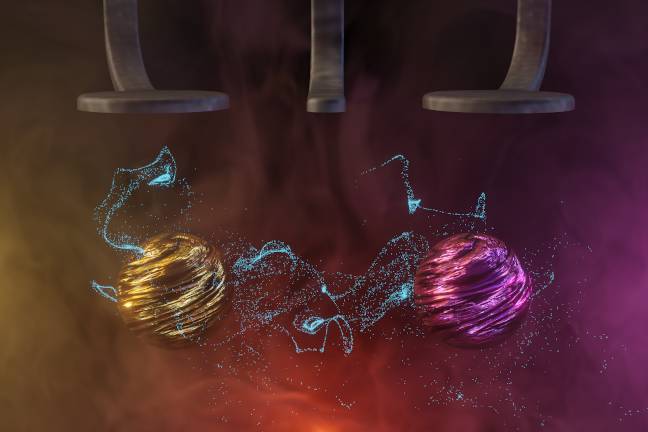 But Dzurak's team has shown that they can maintain stable "hotbits" at temperatures up to 15 times higher than existing technologies. That is a sweltering 1.5 Kelvin (-271.65°C). It might not seem like much, but it could make a big difference when it comes to scaling quantum computers and getting them one step closer to practical applications.

"For most solid-state qubit technologies – for example, those using superconducting circuits or semiconductor spins – scaling poses a considerable challenge because every additional qubit increases the heat generated, whereas the cooling power of dilution refrigerators is severely limited at their operating temperature. As temperatures rise above 1 Kelvin, the cost drops substantially and the efficiency improves. In addition, using silicon-based platforms is attractive, as this can assist integration into classical systems that use existing silicon-based hardware," the paper says.

Keeping temperature at around 1.5 Kelvin can be achieved using a few thousand dollars' worth of refrigeration, rather than the millions of dollars needed to cool chips to 0.1 Kelvin, Dzurak said.

"Our new results open a path from experimental devices to affordable quantum computers for real-world business and government applications," he added.

The researchers used "isotopically enriched silicon" but the proof of concept published today promises cheaper and more robust quantum computing which can be built on hardware using conventional silicon chip foundries, they said.

Nature published another independent study by Dr Menno Veldhorst and colleagues at Delft University of Technology in the Netherlands which details a quantum circuit that operates at 1.1 Kelvin, confirming the breakthrough.

If made more practical and cheaper, quantum computers could represent a leap forward in information science. Whereas the bit in classical computing either represents a one or a zero, qubits superimpose one and zero, representing both states at the same time. This creates an exponential improvement in performances such that so eight qubits theoretically have two to eight times the performance of eight bits. For example, Google and NASA have demonstrated that a quantum computer with 1,097 qubits outperformed existing supercomputers by more than 3,600 times and personal computers by 100 million.

While the experimental nature and cost of quantum computing means it is unlikely to make it into any business setup soon, anything to make the approach more practical could make a big difference to scientific computational challenges such as protein folding. The problem of how to predict the structure of a protein from its amino acid sequence is important for understanding how proteins function in a wide range of biological processes and could potentially help design better medicines. ®