Nothing says serious engineering like a collapsible radio aerial 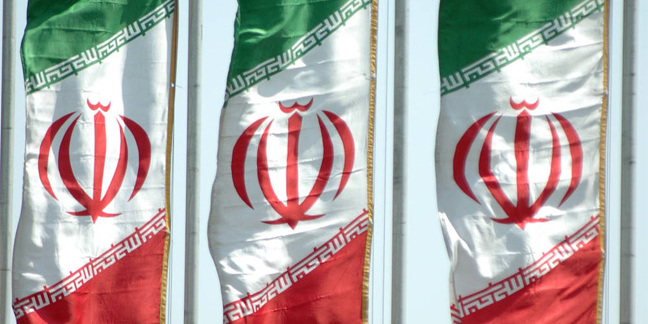 Video Spare a thought for Iran's long-suffering scientists today, who had to read the news along with the rest of us that the country's Islamic Revolutionary Guard Corps claims to have "developed" a gizmo capable of detecting coronavirus... in five seconds. At distances of up to 100 metres.

State-controlled media PressTV this week gushed that the "new technology" was unveiled by the military org on Wednesday.

The stony-faced mouthpiece continued: "The technology can detect infected surfaces and diagnose individuals who carry the pathogen within five seconds." It said the contraption had been "developed by the scientists serving the country's Basij volunteer force".

Deliciously named IRGC commander Major General Hossein Salami was said to have described the doodad as a "novel and singular scientific advancement".

Behold the collapsible radio aerial! A masked official also idly waves about what appears to be an unobtanium shield. Clearly some sciencing has been done this day.

Heaping praise on the innovation, Salami, present at the event, sliced into how it works. He said it "generates a magnetic field that screens its surroundings, and is fitted with an antenna that points in the direction of infected targets upon detecting them".

He added: "This is an amazing scientific technique that has been tested across various hospitals" – with, er, accuracy rates above "80 per cent".

We'd get Prez Trump on the phone to help scale this absolute game-changer – he loves wildly unproven COVID-19 cures – but he's still on the line with the WHO. Meanwhile, some upstart from the BBC noted it looked quite like some key British inventions.

Their "smart Covid-19 detector" bears an uncanny resemblance to three fake bomb detector tools, sold by four British fraudsters more than a decade ago, which ended up in conflict zones and were used by a number of governments around the world pic.twitter.com/moE0F3gaEU

It also looks a heck of a lot like the advanced "electronic fuel detector" that had already been rolled out by the Iranian government only a few years earlier.

The country was an early victim of the globe-trotting virus so its people will be glad to know the regime is making incredible multi-purpose advancements for their benefit and not merely doling out the kind of propaganda that a toddler could see through. ®