Facebook sort-of blocks anti-quarantine events – how many folks are actually behind these 'massive' protests online? 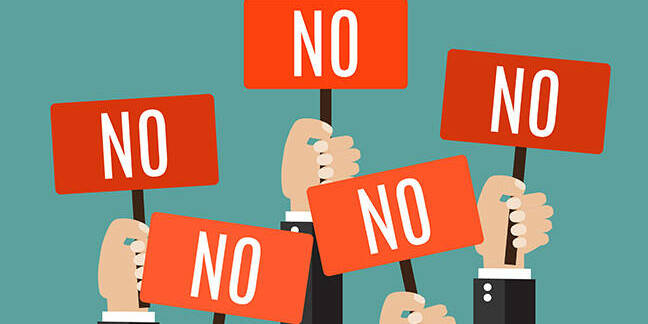 Opinion If there was any hope that the coronavirus crisis would put a stop to the culture wars that ravage American society, it has long since died.

On Monday, Facebook announced that it would take down anti-lockdown events advertised on its site. But only if state officials ask them to do so; because state officials have nothing better to do right now. If such events don’t mention “social distancing” it might also act, depending on the circumstances, the social network said.

"We reached out to state officials to understand the scope of their orders, not about removing specific protests on Facebook. We remove the posts when gatherings do not follow the health parameters established by the government and are therefore unlawful,” the ad-slinging giant explained in its latest effort to walk the tightrope between free speech and misinformation.

Meanwhile the hundreds of new Facebook groups whose main feature is that they are "against the quarantine,” or are pushing “operation gridlock," and which – in many cases – are the organizers for the minor protests taking place this week, remain untouched. It's all in the wording.

One enterprising group that has carved out a niche for themselves by taking extreme pro-gun positions – three brothers no less – have clearly decided that the virus represents a perfect opportunity to extend their particular blend of advocacy and registered a range of domains using the formula “reopen[XX].com” where [XX] is a US state’s two-letter acronym. They have then put up basic protest sites, many of which now redirect to gun-rights websites.

That action led to furious denunciations from others online, accusing the brothers of “astroturfing” i.e. pretending that an organized protest is really the result of grassroots independent concerns.

There is no evidence, of course, that anyone thought any of these groups were really grassroots organizations – the internet outrage machine moves far too fast to do anything more constructive than rail, heckle and condemn.

It also doesn’t matter that the whole thing amounts to little more than a few domain names – addresses on the internet with basic websites and few visitors – or that Facebook groups that can be set up in minutes. Cue Reddit detectives and a gladiator pit of twinsults.

Wait, what’s this? It turns out that the outrage was misplaced all along because some of the “reopenXX.com” sites were actually registered by someone different. And he told a reporter that he was “an old hippie” who spent $4,000 on the domains just to stop them getting into conservatives’ hands.

But, we’re not done yet. It turns out the old hippie was also spinning a line. He’s been trying to make money from sterilizing N95 masks and selling personal protective equipment, and there’s no way he spent $4,000 on the domains, and his promise not to put anything on the websites has already amounted to nothing. Is it true? Who knows? Who cares?

Without a second of thought, it’s time for those jumping to conclusions and posting furious diatribes based on a single tweet to start attacking those who had just been caught doing the same thing hours later. At which point, there’s nothing to do but get even more outraged, and scream ever more loudly and frequently into the red vortex of misinformation to no end whatsoever.

Somewhere in the middle of all this there remains a deathly microscopic virus that affects everyone no matter their color, creed, sexual preferences, religious conviction or political affiliations.

But that doesn’t matter. Because with everyone hooked on outrage, including the so-called lamestream media outlets and true patriots alike, and with everyone needing their next fix, there is no time to take stock. The out-of-control roundabout of bullshit has too much momentum.

This is a pattern that has taken over online discourse in America. And even though in reality it amounts to a very small number of people carrying out entirely inconsequential actions, it continues to bleed through to real life.

Protests in Michigan have been largely organized by a Republican state lawmaker and his wife, who sits on the Trump campaign’s advisory board and is a main figure in a political group called “Women for Trump.” Soon after Trump was made aware of the protests and tweeted his support, she was invited onto not one but two different Fox News shows, massively increasingly her (and the protests’) profile and making a small affair seem much more significant.

The interest and eyeballs snowball. The Dorr brothers set up their Facebook groups and drew thousands. There were just 100,000 before the weekend.

After all the outrage and attention, membership of the groups has more than tripled. But how many of the 366,000 “members” of Wisconsinites, sorry, Michiganders Against Excessive Quarantine come from Michigan, or even agree with what it is advocating?

When all it takes is a click to join, where there is no fee, or delay, no need to turn up, or interact; when this is where the action is today. Just one click.

And yet, while everyone simultaneously knows that the entire thing is a castle built on sand, it is still amazing to us all that there can be hundreds of thousands of people signing up to anything in a matter of days. We still haven’t grown used to internet scale.

But at the same time, there are real world consequences. Georgia’s governor announced on Monday that he was going to lift the state’s restrictions on movement, opening up gyms, restaurants, hair salons, massage studios and other businesses on Friday. Yes, this Friday.

It is an extraordinarily dangerous experiment on the state’s 10.7m residents given the contagious nature of COVID-19. And it has been driven directly by perceived political pressure driven by people whose expertise stretches no further than driving outrage. ®