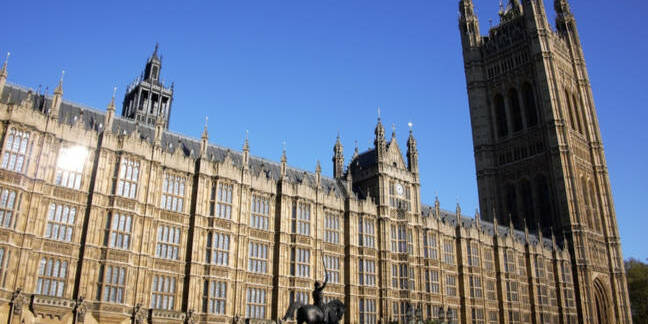 The House of Commons today approved so-called "hybrid sessions" – MPs participating in Parliament in person and via video conferencing – marking arguably the biggest change in British parliamentary procedure in centuries.

The changes, which are designed to allow a continuity of parliamentary business during the coronavirus pandemic, enter into effect tomorrow. The new working arrangements were outlined in an extraordinarily quiet Commons by Leader of the House Jacob Rees-Mogg MP, where social distancing was being strictly adhered to.

Under the new system, Parliament will meet three times a week (on Monday, Tuesday and Wednesday) for a two-hour session. This can be extended, although at the sole discretion of the Speaker. These meetings will consist of questions to ministers, urgent questions (defined as relating "to a matter of public importance") and ministerial statements.

Crucially, it will allow parliamentarians to participate electronically, with only 50 members present in the chamber. MPs speaking remotely will be displayed on a number of flat-screen displays dotted around the room. Due to the technical limitations of the Zoom platform chosen, the number of remote participants will be capped at 120 members, and balanced based on proportional party strength.

Speaker Sir Lindsay Hoyle stated that members taking part in person would be at "no advantage" to those participating from afar, although it was stressed that all must dress smartly, disappointing those hoping to catch a glimpse of Michael Gove in a leopard onesie.

In his speech, Rees-Mogg affirmed this change would be temporary, and would not represent a fundamental reworking of Parliamentary protocol. The new rules will remain in place until May 12, unless an extension is deemed necessary.

"In 1349 when the Black Death affected this country, Parliament couldn't sit. And didn't. The session was cancelled. Thanks to modern technology, even I have moved past 1349," added Rees-Mogg, who is famed for his staunch traditionalism and Victorian mannerisms that border on parody.

The rules are subject to change by the Speaker of the House, provided he wins the support of the Leader of the House. Speaking from the dispatch box, Rees-Mogg affirmed this. At first glance, this appears to be a "sweeping power", but it is there to allow the Speaker to react to any "teething problems".

These changes apply solely to Parliamentary scrutiny of government – and not the passage of new legislation. The house is yet to decide on a system to facilitate this. Any such platform or protocol must ensure the security of votes, without the risk of votes being tampered or lost.

The momentous change will no doubt attract scrutiny, particularly given the choice of platform used to conduct sessions. In recent months, governments and privacy experts have raised issues with Zoom, ranging from its choice to route calls through servers in China, to its perceived closeness with tracking-based advertisers.

Confidentiality isn't a pressing concern, here. Parliament sessions are (as they should be) a matter of public record, and are broadcast live on TV and YouTube. The real concern is the potential incursion of unwelcome participants — a phenomenon known as Zoombombing. Last week, a meeting of the US House Oversight Committee was disrupted three times by uninvited guests. And if the House of Commons fails to use the proper security measures, there's a possibility the same could happen here ®