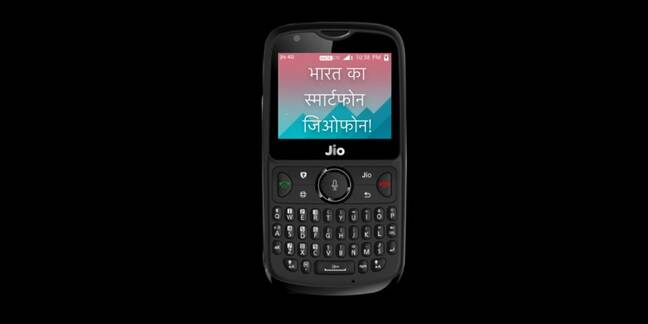 The deal was mooted in late March and has now come to light with news that Facebook take a 9.99 per cent stake in the carrier.

Jio is part of the US$90bn Reliance industrial conglomerate. In 2015 Reliance acquired a smaller telco that had big big in India's 4G auction, then launched Jio the next year. The carrier sold itself as a a next-generation telco and its growth rate since suggests something worked - it now has over 370 million subscribers, has surpassed entrenched players Vodafone and Airtel, and even has its own branded smartphone and WiFi devices.

Facebook's canned statement about the deal says it is aimed at "creating new ways for people and businesses to operate more effectively in the growing digital economy." As part of the plan, the social media giant will launch a collaboration with JioMart, Jio's small business initiative, which will enable customers to contact and purchase from local businesses through WhatsApp.

Jio's announcement [PDF] claims the deal is the largest minority investment in a tech company anywhere, ever.

"Our focus will be India’s 60 million micro, small and medium businesses, 120 million farmers, 30 million small merchants and millions of small and medium enterprises in the informal sector, in addition to empowering people seeking various digital services," the announcement says. The mention of the "informal" sector is important in India, as while the nation's economy is growing strongly plenty of businesses have loose connections - if any - to the banking and taxation systems. Connecting those companies to mobile commerce is generally suggested as good for both informal companies and the wider Indian economy.

The long-rumored deal gives Facebook further presence in the Indian market, where its WhatsApp messaging service has 400m users and recently launched a payment service.

The Facebook deal values Jio at over $65bn and will help Reliance to deliver on past promises to spin out the carrier ahead of a listing. ®