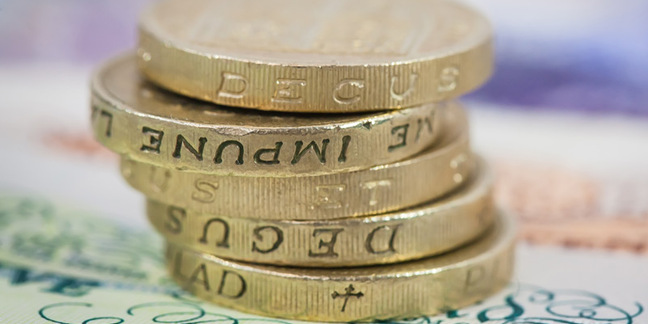 Capita has told investors that its CEO and CFO will see a 70 per cent reduction in the number of shares they were due to be awarded as part of their annual package in 2020.

The outsourcing and IT services company said this week that “recent share price performance” meant the “long term incentive plan” (LTIP) for CEO Jon Lewis and CFO Patrick Butcher would be cut. The equivalent awards to other senior management have also been reduced significantly, the company said.

The update stated that Lewis will be given 1,770,000 shares and the CFO some 700,000 shares, to be approved at the AGM in 25 June. This is 70 per cent less in volume than was initially earmarked for the two execs. The volume of shares awarded is linked to execs' base salary pay and the share price at the time of the award. According to Capita's annual report for 2019 [PDF], the pair were awarded LTIPs last year of 1,782,786 shares and 704,918 shares respectively with a face value of £2.175m and £860k apiece (at 300 per cent of Lewis's salary and 200 per cent of Butcher's). The reason why the share awards look similar to those of last year is because Capita's share price has fallen by around 75 per cent since this time last year.

At the same time, the 2020 annual incentive plan, which constitutes bonuses worth up to £1.45m to Lewis and £752,500 to Butcher, has been withdrawn from the pair and other participating senior managers.

In a further move last month, Capita said it would cut £25m from its planned capital spending in response to the disruption to its business caused by the virus outbreak. The cuts were among the cost-saving measures intended to "offset the impact of expected revenue reduction", the company said.

Together with the temporary closure of offices, the measures would to produce a £100m saving to reduce the impact of the pandemic on company profits. Capita also furloughed staff who could not work from home and were were not required to come into their normal workplace to take advantage of the government's commitment to provide 80 per cent of the wages to furloughed staff.

Those employees who are working from home were reassured, we assumed, about the outsourcer's commitment to pay the UK Real Living Wage to staff "directly employed by Capita" of £9.30 per hour.

The CEO said in a staff memo in March it was "crucial" that Capita people concentrate on "delivering vital services to millions of people" to help the corporation get through an "unprecedented period of uncertainty".

"Over the coming weeks it is likely we will have to make difficult decisions in order to ensure we remain resilient," the memo stated. "However, taking difficult short or medium-term decisions now will ultimately benefit the company in the long term. This is especially the case regarding our cost base," he said.

Capita services a number of large government contracts in the UK, including £525m contract which will privatise large parts of its fire and rescue service awarded and the London congestion charge. It has also won private sector work, including running call centres for Tesco Mobile.

Capita's results, posted in March, described larger than expected losses for calendar 2019. Revenues were down 4 per cent to £3.7bn while and operating profits fell 8 per cent respectively to £0.4m. It made a loss of £62.6m before tax. ®

Capita lights One Revenues and Benefits bug bonfire: ALL reports older than 12 months to be ignored

Problem: We have to do work. Solution: Delete all the work!