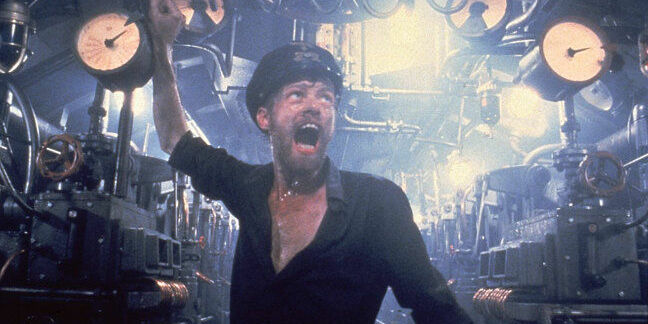 A Royal Navy submarine captain is in hot water after returning from a months-long deployment and allowing his crew to have a dockside barbecue to celebrate their return.

HMS Trenchant, which previously set a record for the longest patrol ever conducted by an RN submarine, returned to Devonport naval base in the southwest England port city of Plymouth earlier this week.

Having been at sea for anything up to nine months, the nuclear-powered attack sub's crew set off from a very different world where the terms "coronavirus", "COVID-19" and "lockdown" were of no significance in the UK.

Although senior naval commanders warned Trenchant's captain that life ashore would be even more different than usual this time, evidently he didn't quite get the full impact of it. Once the boat was safely tied up alongside terra firma, he gave the crew permission to slack off next to their submarine.

Video originally posted to a military insurance website run by an ex-soldier who runs a popular military-themed Facebook page was picked up by the press. It shows Trenchant's crew chilling in the sunshine while two of their number run a DJ set from a stand labelled "HMP Trenchant Prison Party". The boat's chefs, distinctive in their white overalls, are manning a barbecue on top of the submarine's casing, just forward of the conning tower.

A uniformed lieutenant commander walks past as the shaky cameraphone video is panned around the scene, clearly showing that the sub's crew had moved all of 15 feet from their floating home.

Nonetheless, naval top brass were apparently furious. UK red top The Sun reported that a senior officer ordered the party to stop, with two sailors being "hauled over the coals" for preferring their captain's orders to crack on. Trenchant's captain is said to have been referred to Rear Admiral Submarines, the senior officer in command of all RN submarines.

A Royal Navy spokesperson told the Currant Bun: "An investigation is under way. It would be inappropriate to comment further." ®