And employers that banned personal service companies no longer seem to care. At least not yet, say sources 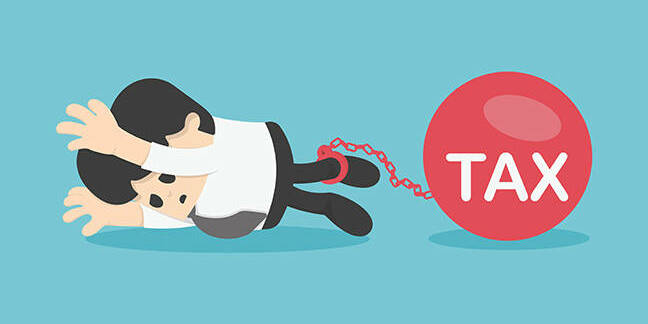 Since chief secretary to the Treasury Steve Barclay confirmed a delay to the introduction of IR35, Brit contractors are opting out of the rules in droves – and many employers no longer care.

A survey of 1,000 limited company contractors by contractor insurer Qdos shows 56 per cent who had been considered as inside the rules by their private sector clients have decided to revert back to working outside the scope of the legislation, taking advantage of the 12-month suspension to 6 April 2021.

IR35 is a tax reform that was unveiled in 1999 by the UK tax authorities. The latest regulation change will force medium and large businesses in the UK to set the tax status of their contractors and freelancers. Previously this was set by the contractors themselves.

Contractors found to be within the scope of the legislation – ie, inside IR35 – will have to pay more tax than they might expect, despite not receiving benefits enjoyed by full-time employees, such as holiday or sick pay, pension, or parental leave.

The reforms are part of the government's crackdown on so-called disguised employment, where workers behave as employees but avoid paying regular income tax and national income contributions by billing for their services through personal service companies (PSCs), which are taxed at lower corporate rates.

The new rules require assessing whether the contractors meet HMRC's definition of self-employment - criticised by many techie contractors as being variable and difficult to comply with. The controversial Check Employment Status For Tax (CEST) tool provided by the taxman for the purpose has also been criticised by freelancers for giving different results at different times, being susceptible to being "gamed", and for excluding "mutuality of obligation" - the concept that the company is obliged to provide work and the contractor to accept it (which would make them more of an employee).

Critics say that being inside IR35 is essentially "no-rights employment," meaning techies are paid and taxed similarly to regular employees but do not receive any of the security or protections that go along with permanent employment. Contractors within IR35 can be hired and fired at will and without reason.

On the other hand, some have argued, many are using self-employed tax schemes to avoid tax attracted by their hardworking co-workers.

The measure came into effect in the public sector in 2017. The British government hoped the reforms would recoup £440m by bringing 20,000 contractors in line. The implementation in that area has been described as an "utter shambles."

HMRC reckons that only one in 10 contractors in the private sector who should be paying tax under the current rules are doing so correctly. It estimates the reforms will recoup £1.2bn a year by 2023.

The IR35 rules are designed to make contractors who are attempting to disguise that they're actually working as employees, pay similar income tax and national insurance contributions to workers on the payroll – but without the same holiday and sick pay benefits. This has led to considerable frustration in the community.

The reforms made medium and large-sized businesses responsible for determining the tax status of contractors, rather than the contractors themselves, and many put in place blanket-ban policies for techies employed via their own personal service companies (PSCs).

The Qdos study found 56 per cent of contractors had already been IR35 assessed by their private sector clients and just over half (52 per cent) had been determined to be inside scope. Forty per cent said they had been "blanket-placed" inside IR35, but 32 per cent of this group have had this decision reversed by their client.

Qdos CEO Seb Maley said: "Thousands of contractors have had no choice but to work inside IR35 and therefore don't trust the accuracy of their client's decision, which determines if they pay tax as a self-employed individual or as an employee.

"Those who feel they've been unfairly assessed or contractors who have had no choice but to work through an umbrella company or as an employee to keep their client, want to revert back outside IR35 – and I don't blame them."

Maley cautioned that contractors choosing to work outside IR35 should be sure to interpret the rules correctly.

In the run-up to the planned changes to the IR35 rules, companies chose to introduce an effective ban on using PSC contractors rather than risk being financially liable for a tax bill should their the HMRC decide these individuals are within the scope of the rules.

However, many organisations that were late to react to the tax reform, initially due on 6 April, are understood to have reverted back to their previous policy.

Fujitsu, for example, told contractors it is again up to them to determine if they are in or out of scope. A spokesman for the company sent us a statement: "In light of the government decision to delay the implementation of changes to IR35 in the private sector, contractors will be required to continue to make their own determination on their status."

Sources similarly told us Deutsche Bank had asked contractors to revert to back to old PSC contracts – Deutsche Bank refused to comment.

Other contractors claimed Capgemini, National Grid, Asda, Bupa, Tesco and Jaguar Land Rover had also done an about-turn. Most of the banks including RBS, Barclays, Lloyds Banking Group and HSBC had not.

Last week, the House of Lords published a damning report on the planned reforms to IR35, and called on the UK government to rethink the measures.

When Treasury sec Barclay recently announced the 12-month delay to Parliament, he assured businesses it was a "deferral, not a cancellation". It is not clear if the House of Lords' intervention will make a jot of difference.

The delay gives businesses effectively banning IR35 plenty of scope to ensure they can accommodate the new rules, Maley said.

"When reform is finally rolled out, as long as the contractor is engaged under the correct IR35 status, whether they work inside or outside the legislation shouldn't matter. With one more year until the changes arrive, businesses that banned outside IR35 working now have a chance to rethink their strategy. That said, this time must be used wisely, and preparations need to start now."

Given the challenges businesses currently face coping with the fallout from COVID-19, a rethink of their IR35 policy is unlikely to top their list of priorities, but for some contractors it will be all-consuming. ®

What’s that Skippy? Google’s coughed up $330m in tax Down Under?

Before you gasp, settlement does cover audit of a full decade

Yup, it's the new tax year: If you smell a RAT, it's because crims are ramping up tax scams