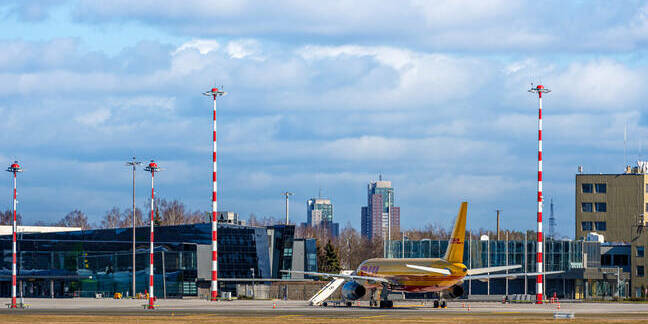 Latvia’s skies have been closed to long distance flights because a military-grade drone is “uncontrolled and lost” somewhere above the eastern European nation – and nobody knows where it has gone.

Local news website Apollo reported over the weekend that a test flight went disastrously wrong when a Latvian drone firm lost control of one of their remote-controlled aircraft.

The “experimental vertical takeoff and landing aircraft” was reportedly being test-flown when ground personnel lost communication with it, reported Apollo. The news site added that UAVFactory “also supplies drones for the needs of the Latvian army.”

Latvian news agency LETA added: “During a controlled test flight on Saturday, communication with an unmanned aerial vehicle owned by drone manufacturer SIA UAVFactory was lost. The company's representative, Jevgenijs Sinikovs, confirmed that the aircraft can fly for up to 90 hours, and added that its gliding in orbit depends on the wind.”

It is thought by local sources that the drone was last seen flying at an altitude of 200 metres, or 600ft in aviation-standard units. The craft itself measures 3.5m x 5.5m, weighs 26kg and has a top speed of 70kph. Helpfully, it also took off with fuel for about 90 hours of flying time – meaning Latvian airspace could be closed for most of this week unless the rogue drone is found.

Official Notices to Airmen (NOTAMs), published by Latvia’s aviation authorities, stated that all flights below 19,500ft across the whole of Latvia were “suspended” except for visual flight rules journeys where pilots rely on looking out of the windows instead of following instruments.

“IFR FLIGHTS SUSPENDED BELOW FL195 IN RIGA FIR DUE TO UNCONTROLLED AND LOST DRONE IN THE AREA,” said one of the two relevant NOTAMs. The Riga flight information region (FIR) is the air traffic control unit covering the whole country.

Flights appeared to have restarted from Riga airport when The Register checked a popular plane-tracking website, though with most of Europe’s aviation industry having been shut down thanks to coronavirus lockdowns, the closure will affect few scheduled flights anyway.

“Residents who notice a 5.5-meter-wide and 3.5-meter-long unmanned aerial vehicle are asked to contact the Aviation Search and Rescue Coordination Center immediately at 29 337 238 or 65 703 988,” concluded Apollo. ®

Talk of 'compromise' makes telcos happy. Euro Parliament, not so much