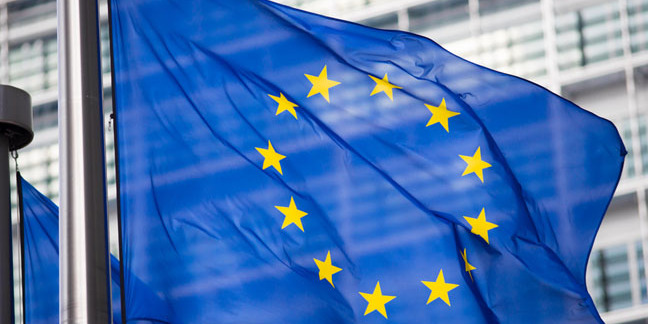 The Eclipse Foundation today unveiled plans to make itself a little more European with a jump into Brussels.

The outfit already has a European office, in the form of the wholly owned subsidiary in Germany, Eclipse Foundation Europe GmBH. Today's move is a little more major (although won't involve moving bottoms from Ottawa seats to something a bit more Belgian just yet).

Executive director Mike Milinkovich told The Register: "This is about re-domiciling the legal entity that controls The Eclipse Foundation from the US to Europe."

The timing could be considered unfortunate, what with one thing and another, although there are no plans to move staffers around. Milinkovich said a small office might be opened in Brussels at some point in 2021, but cautioned that "all of these sorts of things need to be linked to growth." In the meantime, the foundation would make do with a Brussels mailing address.

As for what the Eclipse Foundation will get from re-domiciling, Milinkovich highlighted the contributions made from European countries. Commits from Germany and France account for a shade over 30 per cent of the total, with the US coming in at 12.7 per cent. "Europeans," he said, "want to operate under European law and Europeans want to have at least one open-source foundation that is distinctly European.

"And so that's why we decided to seize the opportunity."

The Eclipse Foundation is not the first of its ilk to look to where its fans are. The OpenStack project took its Open Infrastructure Summit to Shanghai in November 2019 amid expectations that the APAC OpenStack market would see 36 per cent growth over the next four years.

The foundation has no plans head further east for the time being and UK Brexiteers will be disappointed to learn that Blighty's contortions had not figured in the decision to redomicile to the heart of the EU. The UK trails a distant fifth in contributions, with only 4.6 per cent of commits to Eclipse Projects.

Instead, the foundation has recognised that the European Commission is rather keen on the whole open-source thing, and so here we are.

Not much will change initially. Membership dues will eventually be stated in Euros and a new version of the membership agreement will be coming down the line to reflect the foundation's new status as a Belgian entity. The documentation is still in flight, but from a software standpoint "the expectation is that The Forge will be certainly up and running before the end of June," said Milinkovich. "By then, at the latest, we will have filed for the creation of the International Association in Belgium."

The legals should be complete a few months after that.

While the Eclipse IDE is what the foundation is best known for, Milinkovich was keen to emphasise that although it still retains a substantial footprint in the Java community, it also enjoyed support in the embedded software community. However, the apparent leapfrogging by Microsoft's Visual Studio Code clearly itches a little.

"Microsoft is executing extremely well," said Milinkovich, adding that he was shocked that Amazon and Google seemed not to be reacting. "My conjecture is that Microsoft won't do anything overt, it will be very subtle, but it'll just become just that little bit easier to deploy your workloads on Azure than into other clouds... It'll just happen to work a little tiny bit better."

It is too early to tell if the Eclipse Foundation's Theia will succeed in "building the IDEs of the future", as Milinkovich put it, as developers get used to coding in a browser and overhaul VS Code's commanding lead (particularly with the arrival of GitHub Codespaces). However, the gang are betting that the future will belong to those with "vendor-neutral open-source tools" in their line-up.

And for the Eclipse Foundation, that future is in Europe. ®