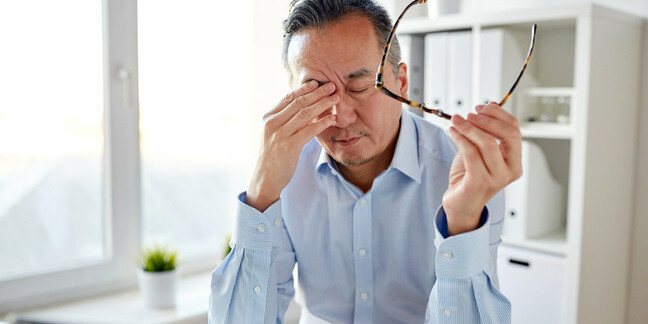 COVID-19 and its resulting economic impact has wiped a whopping $500bn off Gartner's pre-pandemic IT spending forecasts for 2020.

The research group's latest calculation is that customers will fork out $3.4 trillion on tech this year, an 8 per cent decline on 2019. The decline is the result of CIOs directing budgets to technology and services they consider "mission-critical".

So much for the crisis being a catalyst for digital transformation, as tech leaders including Microsoft boss Satya Nadella and IBM exec chairman Ginny Rometty have claimed.

John-David Lovelock, Gartner's distinguished research veep, said: "CIOs have moved into emergency cost optimisation which means that investments will be minimised and prioritised on operations that keep the business running, which will be the top priority for most organisations through 2020. Recovery will not follow previous patterns as the forces behind this recession will create both supply-side and demand-side shocks as the public health, social and commercial restrictions begin to lessen."

As discussed by The Register in March, the combination of problems in supply and demand make the effect of the virus crisis on the IT economy difficult to predict. Patterns are likely to differ from the period following the credit crunch, when global IT spending dropped by $165bn [PDF], or nearly 5 per cent.

Going by Gartner's new numbers, spending on computing devices such as PCs, phones, and laptops will be most severely hit, dropping by 15.5 per cent year-on-year to $589.7bn. Back in Gartner's January forecast, it expected devices to grow 0.8 per cent to $688bn.

Meanwhile – if Gartner's estimations are to be believed –communications services will be spared the worst of the decline, falling by 4.5 per cent to $1.296 trillion. Enterprise software is also forecast to lose 6.9 per cent of its value through the year to $426.2bn.

The only areas where spending is expected to grow are, unsurprisingly, those getting a boost from remote working. For example, public cloud services, which cuts across a few categories of spending, will expand 19 per cent in 2020, according to Gartner. Cloud-based telephony and messaging will rise 8.9 per cent, and cloud-based conferencing will see spending grow 24.3 per cent.

Gartner's conclusion that transformation spending will not be spared contrasts with those predicting a surge of investment in automation and application modernisation resulting from the Covid-19 crisis. Forrester said it would lead to greater investment in RPA, workflow specialist ServiceNow predicted "a new era of employee and customer experiences required in a post-COVID world", while Ginni Rometty, former CEO and current executive chairman of IBM, said businesses would accelerate automation and modernise applications as trade returns following the crisis.

It is worth reflecting perhaps on how little anyone knows right now. Governments and health officials around the world seem undecided about how and when a large chunk of the population will return to work, or children return to school. How we then divine the impact on IT spend is, we suppose, a dark art. Next up, the rune-reading approach to database administration and application rollout feng shui. ®

As sales crash, Gartner wonders who can rescue the smartphone market ... Aha, it is I! 5G Man!

It has been foretold!