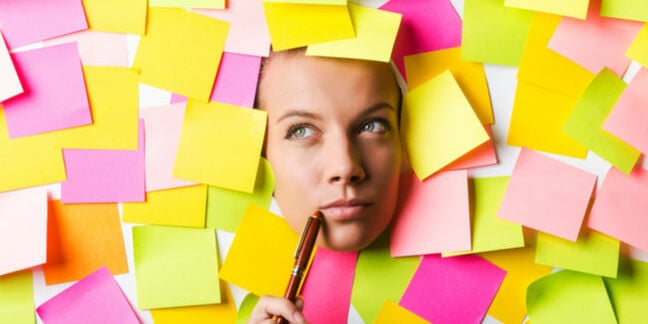 Google is taking steps to deal with tab overload in its browser by adding the ability to group the things together.

Lurking in current betas of the Chrome browser, the functionality allows a user to group a number of tabs and assign the group a name, colour or even, heaven forbid, an emoji.

The Chrome team noted that there are "two types of people in the world" – tab minimalists, who would rather saunter along with just the bare minimum of tabs open, and tab collectors, who festoon their browsers with many, many tabs.

The same deviants, we suspect, who insist on spraying their desktops with huge numbers of icons and shortcuts.

We'd also contend that there is a third type of person, who would prefer not to use Google's browsing products at all.

Be careful what you call those groups – Google might be watching. During internal testing, the Chocolate Factory noted that some people were using groups to track progress, while others used the function to assign priority.

We rather like our own Simon Sharwood's take on tab overload.

While Chrome continues to enjoy a dominant share of the market, other vendors have been trying to deal with the issue of organising tabs since the things first appeared in browsers. Microsoft's doomed legacy Edge browser featured a handy set-aside function to sweep tabs out of the way, while Opera recently added Workspaces to its product.

Michael Vacík, a designer who worked on Vivaldi's Tab UI, told The Register the company had given a lot of thought to tabs. "We've always known that tabs are fundamental," he said, adding that the team had tried to fit in with how users work and that "it all boils down to help[ing] with logical grouping, saving potentially precious space in the tab bar, and flexibility to choose how and when."

Sadly, the new Tab groups in Chrome appear to do little for the browser's voracious appetite for CPU or RAM.

Google is planning on slowly rolling out the new toy in the upcoming release of Chrome, with versions for Chrome OS, Windows, Mac, and Linux.

Those keen on entering the danger zone can get their hands on the functionality right now in Chrome Beta. ®