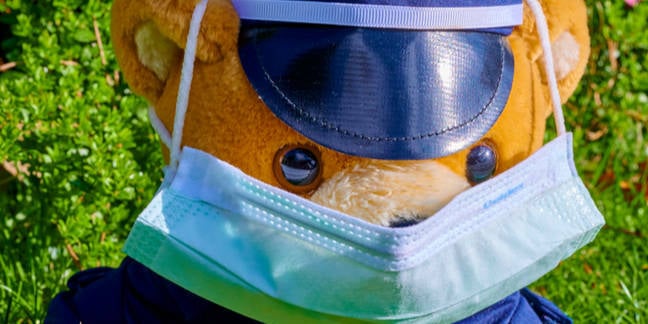 In a letter published [PDF] on the London Assembly website, the two elected representatives said: "We both believe that the way in which LFR [live facial recognition] is being rolled out as an operational tool in London is ill-advised, and that this technology will have a chilling effect on civil liberties if it is not used with clarity, accountability and with full democratic consent."

This episode of Black Mirror sucks: London cops boast that facial-recog creepycams will be on the streets this year

On top of that, masks are a potential problem for the technology anyway. London's deployment of Neoface tech supplied by NEC Global relies on people's full faces being visible – something not possible when most Britons will be wearing masks during the coming months.

A Scotland Yard spokeswoman told the Evening Standard, which asked the question about masks: "We are looking at any potential issues to establish how it may impact on future LFR deployments."

Facial-recognition technology in London is seen by police as a high-tech solution to their woes – and managers are determined to roll it out regardless of public opposition to the China-style surveillance. Earlier this year NEC told the nation's press that its internal trials showed an accuracy rate of 70 per cent, though the Met's own trial deployments showed a shocking 98 per cent inaccuracy rate, complete with false-positive matches.

Commander Mark McEwan confirmed in January that if the NEC-supplied black box flags up a match, police will use that as grounds to arrest and search passers-by, saying: "Yes, it [an AFR match] does start that journey of building reasonable ground [for stop and search or arrest] in the same way if I had looked on my laptop, on the briefing pages, before I went out on the street."

Police want the public to believe that the tech is the same as having frontline workers looking at photos of wanted suspects before going out on patrol. The truth is that unmarked facial-recognition CCTV vans are loaded with lists of up to 10,000 suspects, as NEC told us in January – and, according to Pidgeon and Berry, "police do not accept" that only "serious crimes" should be included on watchlists.

For now, there's a temporary reprieve – though police eyes may be turning to recent Chinese developments to work around public health and safety measures. ®