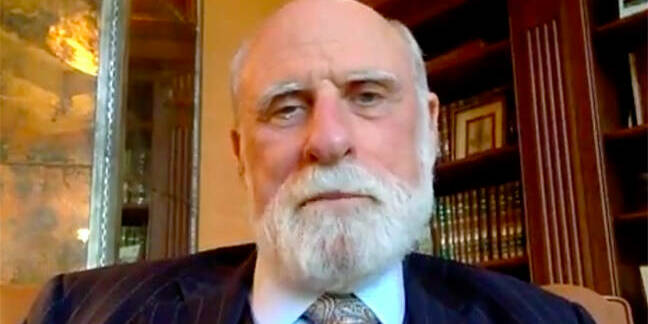 TCP-IP-co-developer Vint Cerf, revered as a critical contributor to the foundations of the internet, has floated the notion that privacy legislation might hinder the development of a vaccination for the COVID-19 coronavirus.

In an essay written for Indian outlet Medianama titled “Internet Lessons from COVID19”, Cerf – a Google vice-president and chief internet evangelist – opens by pointing out that networks have more than proven their worth by facilitating interactions and economic activity that would otherwise have had to be conducted face-to-face and therefore may not have been conducted at all.

He went on to note that internet access is not universal and to suggest that subsidies could perhaps build the infrastructure to improve coverage.

“Given the rich varieties of Internet-based services aimed at facilitating socially distant economies, it is not hard to argue for policies that encourage more Internet infrastructure,” he said, suggesting global collaboration to improve privacy, security and access to quality multi-lingual content.

And then he offered this observation:

Variations of the European Union’s General Data Protection Regulation (GDPR) are propagating around the world with good intent although implementation has shown some unintended consequences, not least of which may be the ability to share health information that would assist in finding a vaccine against SARS-COV-2.

Cerf says no more on the matter. The Register is aware that GDPR requires researchers to develop the same data management plans as required of commercial entities and that this can be an onerous chore. A March 2020 article in the European Journal Of Human Genetics explains that GDPR means secondary researchers can’t identify individuals and could therefore make it harder to translate research into action.

Cerf’s piece also says he feels “Mobiles and the Internet appear to have roles to play for at least some tracking and tracing system designs” and suggests the current crisis has shown that online education is powerful but needs further evolution.

“More generally, we must imagine other potential global catastrophes and put in place plans to mitigate,” he says as the piece winds up. “The time to agree on best practices for emergency response is before the emergency, not during.”

“We must not allow this pandemic or a future one to become our society’s Titanic.” ®

Vint Cerf: Everything we do will be ERASED! You can't even find last 2 times I said this

You should be able to run any software you like on your wireless box, say campaigners

Vint Cerf: 'Privacy may be an ANOMALY, now over'. And it's no secret I think that

'Our social behaviour [online] is quite damaging'