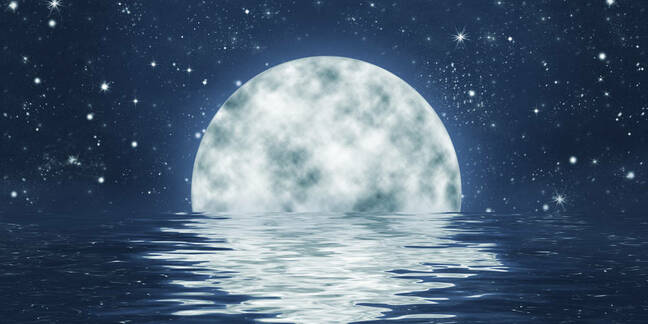 NASA has laid out a new set of principles that it hopes will inform how states and private companies will interact on the Moon.

The new guidelines, called the Artemis Accords, seek "to create a safe and transparent environment which facilitates exploration, science, and commercial activities for the benefit of humanity".

The purpose of the Accords appears to be establishing a rough agreement on how space agencies and private companies conduct themselves in space without having to make a formal treaty, which can take decades to come into effect.

"With numerous countries and private sector players conducting missions and operations in cislunar space, it's critical to establish a common set of principles to govern the civil exploration and use of outer space," the space agency said.

Some of what the US space agency proposes in the Accords is already covered in previously established frameworks. For example, the Outer Space Treaty of 1967 mandates that space be used for peaceful purposes and prohibits testing and placing weapons of mass destruction on the Moon and other celestial bodies.

The new agreement reiterates this: "International cooperation on Artemis is intended not only to bolster space exploration but to enhance peaceful relationships between nations. Therefore, at the core of the Artemis Accords is the requirement that all activities will be conducted for peaceful purposes, per the tenets of the Outer Space Treaty."

But although the Outer Space Treaty says nations cannot claim or own property in space, it does not directly address newer space activities such as lunar and asteroid mining. Many states see the Moon as a key strategic asset in outer space, and several companies, including NASA, have proposed mining rocket fuel from planets and asteroids.

The Accords therefore clarify that space agencies can extract and use resources they find in space. "The ability to utilise resources on the Moon, Mars, and asteroids will be critical to support safe and sustainable space exploration and development," the guideline reads.

The principle is consistent with an executive order that President Trump signed in April, signalling that the US would pursue a policy to "encourage international support for the public and private recovery and use of resources in outer space."

The Accords also seek to establish so-called safety zones that would surround future moon bases and prevent "harmful interference" from rival countries or companies operating in close proximity. How the size of these safety zones will be determined was not explained.

Agencies that sign the agreement will be required to publicly share their scientific data and be transparent about their operations, "to ensure that the entire world can benefit from the Artemis journey of exploration and discovery." They'll also be required to manage their own orbital rubbish, such as end-of-life spacecrafts. Historic sites, such as the Apollo landing site, would also be protected under the agreement.

But not everybody is happy about the new provisions. Dmitry Rogozin, the head of Russia's space agency has criticised Washington for excluding Russia from early discussions about the space explorations act. "The principle of invasion is the same, whether it be the Moon or Iraq," he tweeted.

China, which is pursuing its own space program, told Reuters it was willing to cooperate with all parties on lunar exploration "to make a greater contribution in building a community with [a] shared future for mankind".

The Artemis program aims to put the first woman and second man on the Moon by 2024. NASA is collaborating with several space agencies on the effort, including Elon Musk's SpaceX and Jeff Bezos's Blue Origin. ®