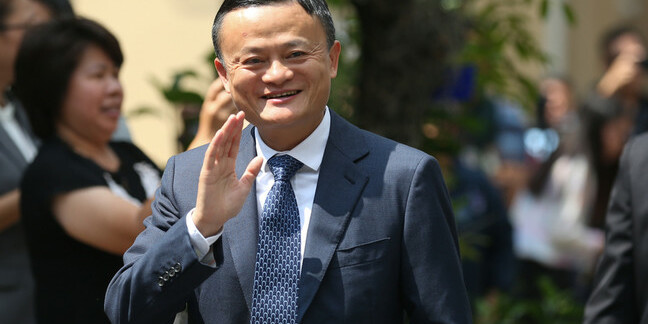 Alibaba co-founder Jack Ma will step down from the board of Japanese tech conglomerate SoftBank after a 13-year stint.

Ma and SoftBank's founder, Masayoshi Son, have been close friends since SoftBank's bet on Alibaba in 2000. That investment was among SoftBank's most successful and the Japanese company still holds a 25 per cent stake worth around $136bn in the Chinese conglomerate.

Ma's exit is part of his plan to spend more time on philanthropic pursuits. It follows the departure of some of the board's most outspoken critics. Tadashi Yanai, founder and chief exec of Fast Retailing, the parent company of Uniqlo, resigned from the board in 2019 after 18 years' service, leaving only two non-executive directors.

The news of Ma's departure came as SoftBank prepared to report a $12.5bn annual operating loss - its biggest ever. The company, which has large investments in companies such as WeWork, Oyo Hotels, and Uber, has been badly affected by the coronavirus pandemic.

SoftBank said it will expand its board to 13 members and has proposed three new appointees to be voted on during the company's annual shareholder meeting scheduled for June 25.

The election of the two independent candidates meets the demands of Elliott Management, an American activist hedge fund that took a 3 per cent stake worth $2.5bn in the Japanese firm in February. The fund has urged SoftBank to improve board diversity and form a subcommittee to oversee the investment process of its Vision Fund.

Alongside Ma's departure, SoftBank also announced that it would buy back ¥500bn ($4.6bn) of scrip as part of a ¥4.5 trillion ($41.9bn) asset sale program aimed at bolstering its stock price after high-profile startups it had backed lost value. The latest buyback announcement doubles its previous buyback commitment, announced in March. ®