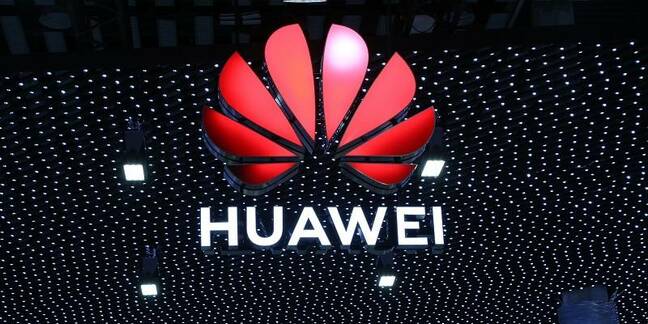 Imperial College London, currently in the headlines for its modelling of the spread of COVID-19 across the UK, has signed a five-year collaboration deal with controversial Chinese tech outfit Huawei.

Huawei is currently under US sanctions as the desperate Western superpower fights a rearguard action to prevent Huawei from dominating its teleco hardware markets. American government policy is to say that Huawei poses a security threat, something the rest of the world hasn't agreed with .

Professor Ian Walmsley, Provost of Imperial College, said in a canned statement: "We work to be at the cutting edge of discoveries and technologies for societal benefit. Our partnership with Huawei has already yielded considerable benefits, and we look forward to expanding this collaboration further."

Back in 2014, Huawei entered a partnership with data scientists from Imperial, which appears to have seeded the ground for a long-running collaboration.

The college's latest deal, announced to coincide with a planned academic conference, is unlikely to win it much public support. In April, MPs from the ruling Conservative Party were deeply unimpressed with UK veep Victor Zhang's boasts that Huawei was doing well in spite of "groundless criticism", prompting demands from backbenchers for the government to "stop kowtowing" to China.

Some Western institutions quietly untyed their links with Huawei rather than strengthening them. Oxford University, for example, halted all its Huawei funding in January 2019.

The Mail on Sunday, which first reported the £5m deal, noted there'd been murmurings from unnamed MPs that a promised National Security and Investment Bill was being delayed and watered down so such agreements would continue in future – regardless of official fears about security and effective industrial competition. ®

Suffice to say, it's not quite Tupac or Freddie Mercury

Bridging the gap between academia and the real world

Thanks to all those tax dollars, humans can now hear the faint sounds of earthquakes on Mars

Thanks to the NASA InSight probe (and British tools), you can now listen to the sound of a Martian earthquake

Imperial College to research IT and patient safety