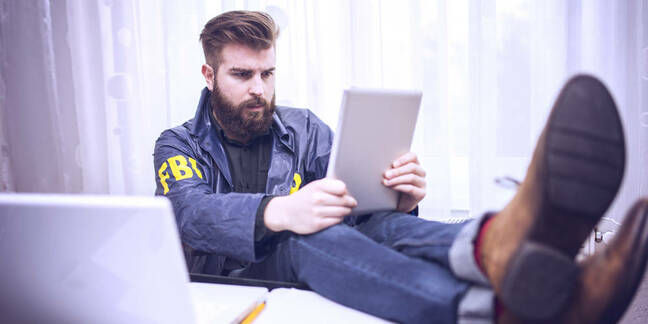 Congress has been urged to introduce a measure that would require the FBI to get a warrant before agents can review Americans’ internet browsing and search histories – just days after an amendment to do that fell by one vote in the Senate.

More than 50 advocacy groups, including the American Civil Liberties Union (ACLU), the Center for Democracy & Technology (CDT), and Human Rights Watch, have written a letter [PDF] to the leaders of the US House of Representatives asking them to add a similar warrant requirement to the USA FREEDOM Act – a law bill reauthorizing several spy programs – when it comes before them.

“On May 13, a bipartisan majority of 59 Senators – 24 Republicans and 35 Democrats – voted in support of the Wyden-Daines amendment,” the letter begins, arguing that it would have passed except for two senators who “supported the measure [but] were unable to be present for the vote.”

On Thursday, the Senate voted in favor of reauthorizing the USA FREEDOM Act, 80-16, after a number of new measures were introduced in an effort to limit abuse of Uncle Sam's surveillance apparatus. However, some new powers were also granted to law enforcement, including the ability to demand the browsing and search histories of citizens without needing to prove their case to a judge, which has serious privacy implications.

The US House of Representatives had previously approved renewing the spy powers, though will have to reconsider the matter following the Senate’s amendments; something that provides a window to add new protections, particularly over browsing histories.

“This reform is precisely designed to stave off the kind of scandals that led to a dramatic loss of trust in United States intelligence agencies over the past two decades,” the letter argued. “Indeed, this would help address serious concerns among the public that civil liberties are at a heightened risk during this time of crisis.”

The letter also points out that in recent years, the Supreme Court has repeatedly indicated that personal information stored on electronic devices is covered by the Fourth Amendment on unreasonable searches and so should require a warrant to be accessed.

“The FBI should not be allowed to use the PATRIOT Act to surveil Americans’ online activity without a warrant,” the groups argued, referring to America's super-snooping law the USA Freedom Act will amend. “Internet search and browsing history is extremely revealing in nature and the Fourth Amendment requires a warrant to obtain this information.”

In addition to the new warrant-free browser history harvesting powers, the updated Senate-approved version of the bill also expands the ability of the authorities to track and wiretap people who change telephone numbers, as well as tail someone under the “lone wolf” theory that the individual is single-handedly plotting a terror attack.

On the additional protections side, the Senate approved an amendment to improve oversight of the secretive Foreign Intelligence Surveillance Court (FISC), which approves spying requests. The court would be required to appoint a neutral third-party who would be expected to observe any time cases in front of the court involve a "sensitive investigative matter.”

That third-party would also be allowed to raise any issue whenever they wished with the court and would have the authority to see all documents relating to a given application. That would be a significant change to the current system where most of the time the court only hears from the FBI before approving an application. There is currently the ability for the court to hear from a neutral third party, but in practice it is rarely used and its role is strictly limited.

The FBI has faced significant criticism in recent months after an independent review found the agency was not following its own rules and procedures when it came to the FISC, including double-checking that the information it gave to the court was accurate.

The Department of Justice has already pushed back on the new restrictions, claiming that they would “unacceptably degrade our ability to conduct surveillance of terrorists, spies and other national security threats."

The fight now moves to the House of Representatives, which has to review the Senate-approved reauthorization bill and potentially change or offer its own amendments. Once both halves have approved, the bill would still have to get the signature of President Donald Trump, who has repeatedly given mixed signals over the spying programs, even suggesting at one point that he would veto the entire thing. ®

NSA to Congress: Our spy programs don’t work, aren’t used, or have gone wrong – now can you permanently reauthorize them?

As America's very stable genius weighs in with his one cent

US govt's 'foreign' spy program that can snoop on Americans at home. Sure, let's reauth that...

Updated Who's up for warrantless surveillance?

Analysis Who knew what on warrantless state snooping?