Meanwhile, PowerToys gets the Run 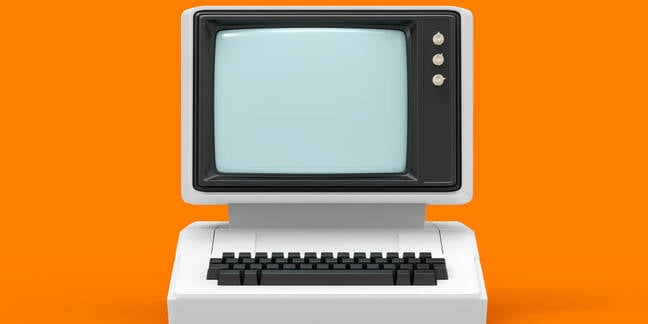 Build Microsoft celebrated this year's Build conference by emitting the first stable release of its new Windows Terminal and a getting-there incarnation of its handy set of PowerToys utilities.

Both could easily be part of the core Windows build, but the fact they aren't (like Edge) means that the apps have enjoyed a rapid pace of development.

The release of Windows Terminal v1.0 was not entirely surprising. Announced at Build 2019 with a source package for the brave, the open source command line tool has come along nicely over the last year, adding some initially clunky support for tabs as well as a delightfully retro CRT screen effect.

More seriously, the app has configuration options aplenty to permit users to get their terminal sessions just so, and will cheerfully support the likes of PowerShell as well as WSL distributions.

The team has spent the weeks leading up to Build dealing with fit and finish, having put out a release candidate just over two weeks ago that, among other things, fixed the habit Terminal had of crashing on exit for some users.

"An exit is an exit, but a crash is also a crash," observed the team wisely, before adding: "and that made our reliability numbers stink."

Now deemed fit for production tasks, the release (version 1.0.1401.0), comes complete with the whizzy new Cascadia Code 2005.15 font and is downloadable from the Microsoft Store. Ours auto-updated and, after the usual whinge about our elderly configuration file needing to be fixed, remains an excellent option for console jockeys on Windows.

The fresh release also marks the arrival of a new preview version, which will receive monthly updates from June and can coexist with the stable incarnation.

Not yet at version 1.0 status but updated for Build was retro throwback PowerToys, a suite of handy Windows utilities (x64 only.)

Those with the app already installed were able to see the auto-updater doing its thing for the first time (and, in the case of this hack, making the Windows desktop jolly unhappy for a few seconds before the OS pulled its pants back up) and enjoy the new toys in version 0.18.

The list of utilities has continued to grow, having begun with a slightly flaky FancyZones Windows manager and shortcut guide before growing to include File Explorer previewers and a Renaming tool.

The latest additions to the stable are a keyboard manager for remapping keys and shortcuts and, very usefully, PowerToys Run.

Those Windows users (me included) who never use the Start Menu and instead run apps by hitting the Windows key and just typing will welcome the enhancement. PowerRun is triggered by a custom keyboard combination (such as Alt + Space) and shows a list of matching apps as the user types into an oversized text box.

"We know," said senior program manager at Microsoft, Clint Rutkas, "there are areas for improvement on PT Run."

And goodness, he is right. While still preview code, there seems to be little control over where the PT Run box appears on multi-screen systems; logic would dictate the active window, although in practise things seem a little more random.

The gang plans a number of additional preview releases before declaring the application stable enough for the version 1.0 moniker in the September timeframe. ®