Hooray! It's IT Day! Let's hear it for the lukewarm mugs of dirty water that everyone seems to like so much

International Tea. The world isn't about to suddenly start appreciating you 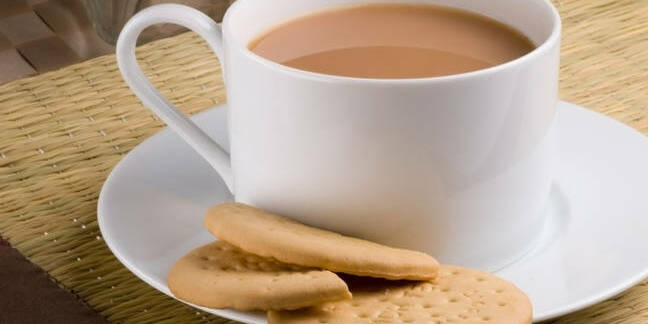 "It's International Tea Day!" I joyously proclaimed as I bounded into the kitchen, trying my best to sound like I had been counting the days rather than learning of it a couple of hours ago.

"Is it?" My better half raised her eyebrows while hunched over the kettle. "It's International Tea Day every day. There's a coffee for you there."

You see, I'm a coffee guy, but the exchange speaks volumes about Great Britain's strange fixation on the beverage.

I'm no expert, but I've watched baffled as friends and family have let out a bestial groan as the dirty water passes their lips. I might deign to have two or three cups a month – when the coffee's run out – which is still probably more than the people picking the leaves drink. But humour me while I attempt to unpick the enigma.

Tea is old. The United Nations, which has designated 21 May International Tea Day, says there's evidence of its consumption in China as far back as 5,000 years. So for most of history the treat has been unknown to Brits despite its perception as something quintessentially British.

The earliest known reference to an Englishman's interaction with a cuppa is in 1615, when an East India Company agent stationed in Japan wrote to a colleague in China asking for "a pot of the best sort of chaw" – a phonetic attempt at the Cantonese word for tea.

As it was taken locally for medicinal purposes, the company must have seen its potential as a money spinner and started shipping it back home, a journey that in those days took over a year. And money spinner it was – in the 1690s, the Countess of Argyll paid more than £10 for six ounces of tea, which is £26 per pound. Put into context, her estate's lawyer was paid £20 a year.

So brews quickly gained traction with aristocratic society, becoming the height of fashion while being labelled with various incredible health benefits. Thomas Garway, the first person to sell tea in Britain, declared the drink to be "most wholesome, preserving in perfect health untill extreme Old Age". Of course he would say that.

It's notably the first overseas commodity to find a mass market in Britain. Although tea started as a highly exclusive ritual, by the end of the 18th century it could be found brewing over the fireplaces of the poorest cottages. But what Brits were quaffing 300 years ago – loose-leaf green tea, oolong tea – doesn't much resemble the heavily oxidised, tanninated, black stuff in bags we plough through now (allegedly almost 2kg per capita a year and the second most popular drink after tap water), which is a legacy of the commercial operations in colonial India.

Which is a lot of words to say people are batshit crazy about it and I'm honestly none the wiser. To me, you may as well suck some cardboard. Sure, coffee tastes like shit too but I personally need something with more kick, though I rarely feel anything on account of being perma-tired.

It's a good job many tea addicts out there never mess with heroin because the body count would be catastrophic, such is the ferocity of some people's habit. While tea contains caffeine too, it's about half as much as coffee, and there seems to be evidence that several cups a day does indeed bring health benefits – but I've seen fiends go through three cups an hour.

When I ask the missus what it is about tea that makes her and her entire family tear through the stuff like peak oil, she tends to say something like: "It's just... nice." Admittedly, I have had one tea in my life that gave me a pleasant, warming buzz but I've forever been chasing that dragon since, and it might have something to do with not really knowing how to make a proper cuppa.

Milk IN the teapot: Innovation or abomination?

People are weirdly precious about the method. The rite and ritual of teapots and saucers no longer fits in with our hectic modern lives so tea is more often than not made with the bag in the cup, a splash of milk, a spoonful of sugar. However, veteran readers may remember Teagate – a 270-comment scandal sparked by a Reg staffer (not me, I'm not a total savage) putting milk in the teapot "to save time". The fallout was horrendous. How can a simple drink have such a hold on people?

Anyway, here's to tea, I guess. Is its popularity the result of some vestigial perception that by drinking it you were posh? Are we all just so used to it that making a cup has become an autonomous reflex? Or is it genuinely "nice"? Enlighten me. ®