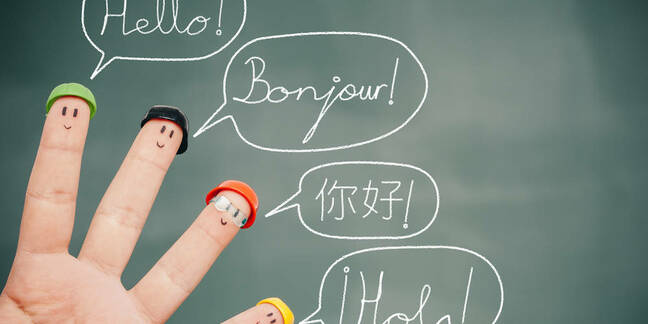 Word has reached Vulture Central that Microsoft is to retire support for 27 languages in iOS Outlook from the end of June 2020.

Sent to a Register reader yesterday, the "Major Change Update Notification" spells the end for languages such as Afrikaans, Persian, Latvian and Urdu as far as Outlook for iOS is concerned.

The reason given for the impending visit by the Redmond axeman is "in order to maintain consistency across the Microsoft 365 apps for iOS."

The message itself came from the Office365 message center - we'd politely suggest that Microsoft gets its own house in order with regard to naming consistency.

As the song goes: You say Microsoft 365, they say Office 365, lets just install LibreOffice instead.

Affected users have been given until the end of June to switch to a supported language in order to continue using the Outlook for iOS app. Sadly, the change will have to happen at the device level, rather than in the app itself, which may cause issues for apps more accommodating than Microsoft's mobile email client.

The move comes at an odd time; Microsoft is using its Build event to promote the language capabilities of Azure Cognitive Services and adding 27 new locales to its Speech to Text service.

In response to a query from The Register, a spokesperson for the Windows giant confirmed that display support for the languages was indeed being retired in the name of consistency over Microsoft 365 iOS apps.

The spokesperson reiterated the need for affected users to update their display language, but: "If no action is taken, Outlook for iOS will default to English. Of note, this change will impact the Outlook for iOS app display language, however content creation will not be impacted so users can anticipate that they will continue to be able to read and draft messages in languages that are currently supported by the iOS platform."

Far be it from us to criticise, but with Urdu spoken by 171 million people, and Telugu by 93 million (according to Ethnologue) removing rather than extending support seems a little shortsighted.

That said, if our experience of Brits abroad is anything to go by, anyone can speak English if one shouts it loudly and clearly enough. ®