TCL 10L: Remember the white goods flinger that had a licence to make BlackBerrys? It made a new own-name phone

Review Smartphone vendors are almost all universally weird. TCL (not to be confused with 1990’s R&B group TLC, best known for their hit song about the downfalls of wearing medical apparel) is no exception.

Throughout its almost 25-year existence, the low-profile Chinese firm has manufactured a diverse array of kit. This includes bog-standard white goods, like washing machines and air conditioners, as well as budget-friendly smart TVs, which have since enabled it to become the second-largest manufacturer of idiot-boxes in the world. It's also historically been active in the smartphone world, producing kit under licence for brands like Alcatel, BlackBerry, and Palm. 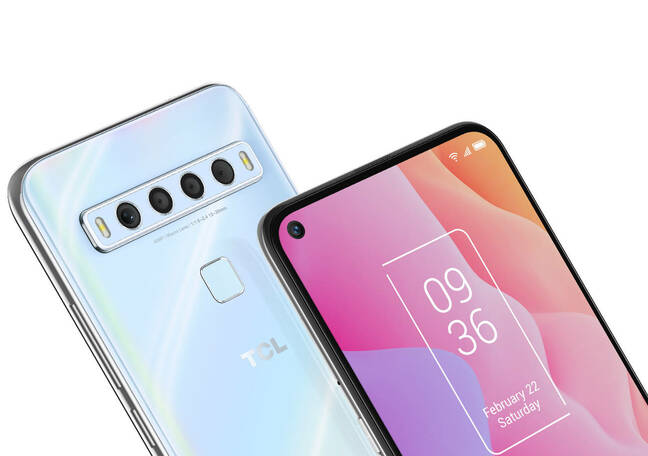 But as TCL's star has waxed, it's also begun flogging smartphones under its own name, in an attempt to plant a flag in the market. As for marketing its own phone brand, TCL has clearly seen it all and knows the drill: Take a quick exposure shot of powder paint being thrown in the air and landing on top of a phone and job's done.

It made its first own-brand attempt in late 2019, the TCL Flex. The latest example, which I currently have in my hand, is the TCL 10L, released last week. Unambiguously aimed at the lower-third of the smartphone market, this 4G blower packs a Qualcomm Snapdragon 665 platform, with 6GB/64GB eMMC and 8GB/128GB UFS 3.1 configurations.

And for a debut, it's an unquestionably strong performance. While there are obvious compromises when compared to pricier handsets, the TCL 10L manages to offer a consistently solid speeds, paired with a competitive set of cameras. 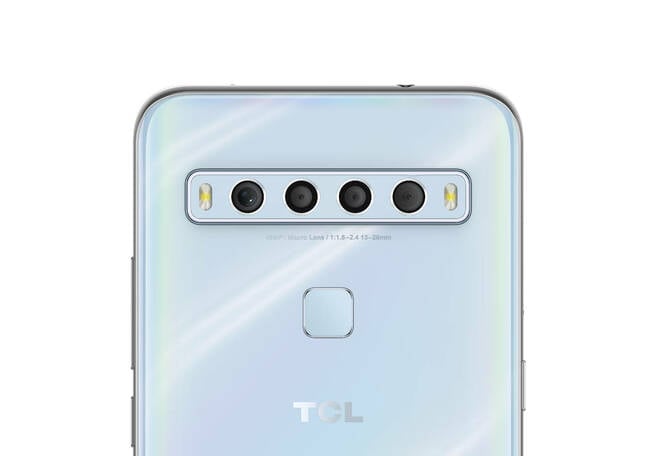 Powering the device is the 11nm-process Snapdragon 665, which was first released in early 2019, and as such is starting to show its age. It packs four Kyro 260 cores, based on the Cortex-A73 architecture, and with a clock speed of 2Ghz. These are accompanied by four power-sipping Cortex-A53 cores with a 1.8Ghz clock speed. On the GPU front, there's an Adreno 610.

It's not the newest chip TCL could have used. But still, there was scarcely any perceptible lag, and it even managed to hold tall with more challenging and computationally expensive tasks, like running Call of Duty: Mobile. And this is arguably in part due to TCL’s decision to offer a generous amount of RAM, when other phones in its price point pack as little as 4GB.

The screen is a 6.53-inch IPS affair, with a 19.5:9 aspect ratio and a PPI density of 395. It's not the brightest we've ever seen, and can be hard to read in extremely bright conditions. Meanwhile, the 16MP selfie camera sits in a notch in the top-left corner, similar to Honor's newer kit.

The rear of the device is constructed from plastic, but somehow doesn't feel as obnoxiously flimsy as similarly designed phones we've used. Nestled within is a physical fingerprint reader, which unlocked the device with little lag. Arranged in a horizontal line is the four-camera setup, which is flanked by two LED flashes.

Camera performance was strong. Although low-light photography was fairly noisy, and couldn’t hold a candle to pricier flagships like the Huawei P40 Pro, the TCL 10L can hold its own in brighter conditions, with reasonable levels of colour accuracy and sharpness. 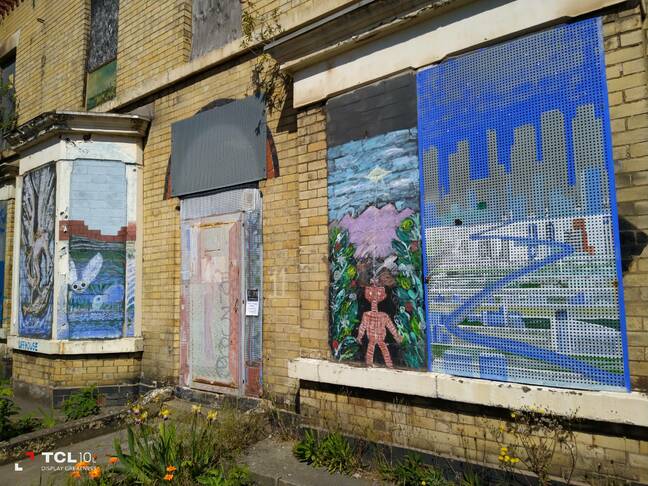 In addition, the camera app supports super-macro photography, for when you want to capture a subject from mere centimetres away. This felt a bit gimmicky, and produced dull and grainy photos. 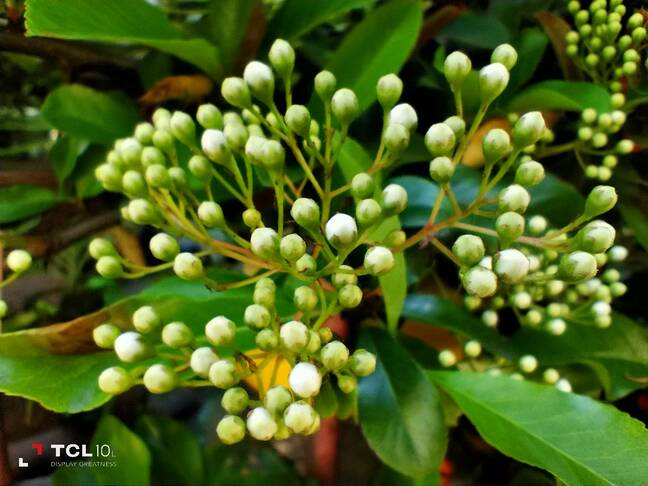 One cause for concern is software: although the TCL 10L comes with the latest version of Android, the firm remains somewhat of an unknown quantity when it comes to issuing updates and patches. The firm isn't part of the Android One program, so there's nothing to guarantee long-term support extending to the full 24-month lifespan of the device, and indeed, beyond.

TCL has also taken a hands-on approach to the software, with its own heavily animated UI, along with decent chunk of bloatware. And, as you've almost certainly noticed, the camera app imprints a watermark on all photos by default, although you can easily turn this off.

Still, it redeems itself slightly for coming with USB-C (when many devices in its price category come with old-school MicroUSB), as well as a 3.5mm headphone jack. It also wins points for the 4,000 mAh battery, which can comfortably last over 36 hours between charges, in our experience.

If you're tempted, you can pick one up for £199.99. And while there are similarly priced blowers worth considering — like the Xiaomi Redmi Note 9, the Realme 6, and the Honor 9X — the TCL 10L manages to satisfy in all the important areas. ®