The EU Aviation Safety Agency (EASA) has certified its first all-electric aeroplane for routine use, marking a small but significant step on the route to all-electric airliners.

"This is an exciting breakthrough," said EASA executive director Patrick Ky in a canned statement as he boasted about the Pipistrel Velis Electro gaining its type approval from his agency.

A two-seater "intended primarily for pilot training," the Velis Electro is a development of Pipistrel's existing (and unfortunately named) Virus aeroplane, which features a piston engine instead of an electric motor.

Over three years the Slovenian airframer tested both the aeroplane itself and its novel electric motor and battery arrangement. In cockpit terms the instruments and controls provided to the pilot closely resemble those of conventional aeroplanes. 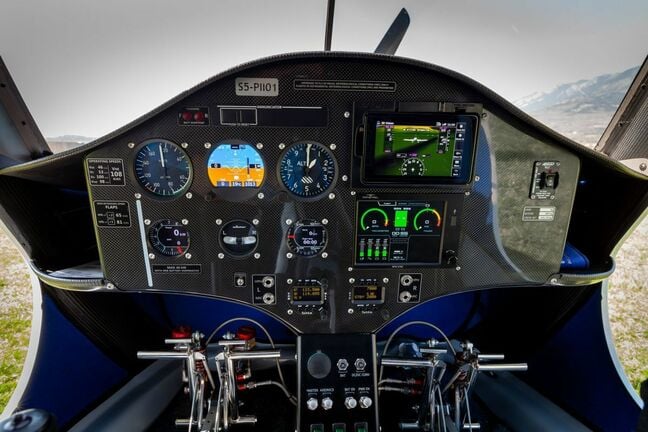 Ivo Boscarol, founder and CEO of Pipistrel Aircraft, gushed: "The type certification of the Pipistrel Velis Electro is the first step towards the commercial use of electric aircraft, which is needed to make emission-free aviation feasible. It is considerably quieter than other aeroplanes and produces no combustion gases at all."

Thirty aircraft have so far been pre-ordered.

One potential problem with the Velis Electro is its short endurance of 50 minutes from a designed battery capacity of 24.8kWh; this compares unfavourably with aged (in some cases 40-year-old) Pipers and Cessnas which currently dominate the basic flying training sector, whose endurance is measured in hours.

"The revolutionary powertrain is entirely liquid-cooled, including the batteries, and demonstrated the ability to withstand faults, battery thermal runaway events, and crash loads as part of the certification process," said Pipstrel in a statement.

Its point about crash loads is significant. Perhaps the closest comparator to the Velis Electro is Tesla's Model S, which suffered a few headline-grabbing battery fires over the years. With the Velis Electro having passed newly devised certification tests for its electrical supply, one hopes a potential crash involving one won't pose problems similar to those faced by firefighters tackling Tesla crashes.

FYI... Europe has OK'd electric gliders for a while, for example this one.

On the flip side, the electric motor doesn't need warming up like a piston engine, increasing the amount of time the Velis Electro can be used for actual flying instead of sitting on the ground waiting for the oil temperature needle to inch its way into the green sector.

Conspicuously absent from the publicity material is mention of the charging time for the Velis Electro, although there is quite a bit of detail about the battery and cooling arrangement on the company website. One battery pack is mounted between the motor and the instrument panel with the other being behind the pilots' seats.

If one pack malfunctions, it drops out of the motor circuit; either can keep the aircraft airborne on its own, with Pipistrel stating that climbing to higher altitudes is still possible in the event of one pack failing.

Flight testing and the certification itself was carried out by French and Swiss aviation authorities who signed it off to EASA standards. The liquid-cooled battery and 76hp motor arrangement from the Velis Electro is said to be available to other manufacturers as a drop-in unit, having been separately certified from the airframe in May.

Meanwhile, in the UK, an all-electric airliner engine's planned test regime was cancelled earlier this year. ®