Oh Snap: Based on Ubuntu but without package manager. Warpinator anyone?

The Linux Mint team has released Mint 20 Cinnamon, a long-term support (LTS) release. It is based on Ubuntu 20.04, will be supported until 2025, and new Mint versions will use the same package base until 2022.

Linux Mint comes in three flavours, all of which are now available in Mint 20 "Ulyana" editions. One uses the minimalist Xfce desktop environment. The second, called MATE, uses a fork of the GNOME 2 desktop, while the third, Cinnamon, uses a fork of the GNOME 3 desktop created and maintained by the Mint team. Cinnamon appears to be the most common choice among Mint users. More details on the origins and difference between MATE and Cinnamon are here.

Mint is based on Debian and Ubuntu, and the new releases are based on Ubuntu 20.04, released in April. Ubuntu itself is also linked to Debian. The question of what's new in Mint 20 is therefore a matter of perspective. It all starts with the Linux kernel 5.4, which is also a long-term support release. There is a rhythm to these Linux releases and it is important to stay up to date to keep pace with hardware compatibility, software compatibility and security. 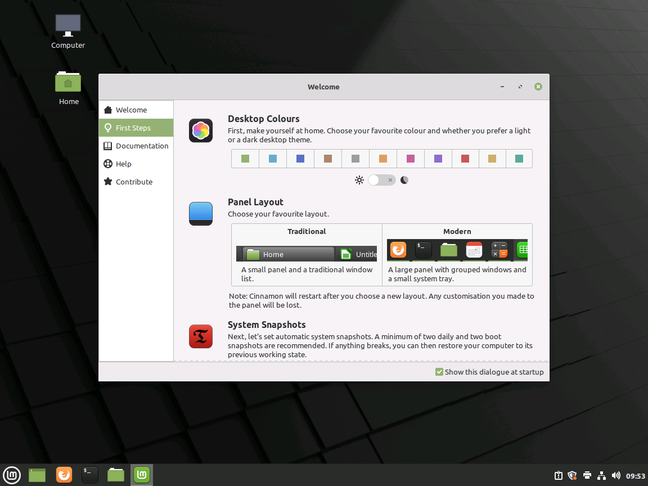 There is a difference in philosophy between Mint and Ubuntu. Unlike Ubuntu with Canonical, there is no large corporation behind Mint. The project is conservative in its approach, aims to be lightweight and easy to use, and is resistant to including proprietary software.

The relationship with Ubuntu now looks strained thanks to Canonical's commitment to its Snap Store, a mechanism for installing packages which uses virtualization to enable greater compatibility and simplify package maintenance. There are downsides too, and the Mint team is opposed to Snap, saying that it links too tightly to the Ubuntu store and breaks compatibility with the APT package manager. 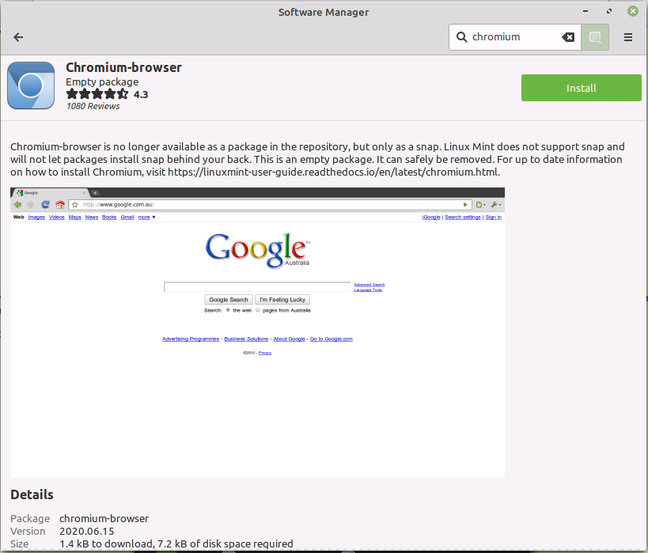 Attempting to install Chromium ... blocked by default, but with a message on how to install it if you can accept Snap

"Linux Mint 20, like previous Mint releases, will not ship with any snaps or snapd installed," said the team. There was particular concern about the Chromium browser, which is now only packaged as a Snap, with a script for APT that installs Snap, acting "as a backdoor by connecting your computer to the Ubuntu Store". In response, Mint 20 has disabled the ability for APT to install Snap, and if you look for Chromium, you find an empty package and instructions on how to install if you choose. 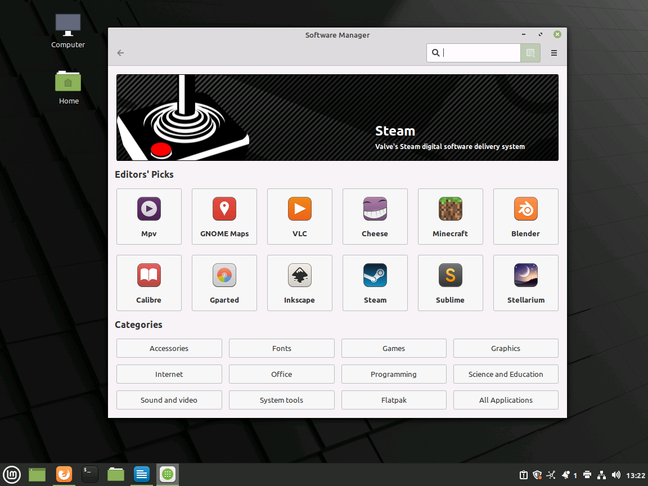 What is new and specific to Linux Mint 20? One thing is a file transfer application called Warpinator, inspired by an obsolete 10-year-old application called Giver. "FTP, NFS, Samba is overkill for casual file transfers" is the claim, and Warpinator (based on gRPC) is a simple utility for copying a file across the network. It works, but feels a step backwards from the ability to browse and copy files using a file share – which is perhaps why Giver is no more. 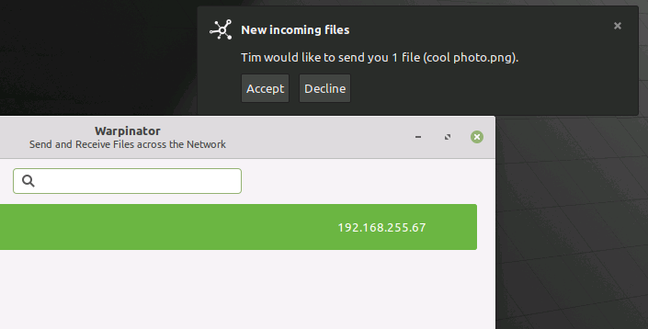 Mint also has new support for Nvidia Optimus, which is designed for systems with more than one GPU, one embedded in the motherboard plus a standalone Nvidia graphics card. New features let you switch between cards for processing, though output remains via the embedded GPU.

There is also improved support for high-resolution displays. The display settings now allow scaling to be configured separately for each display, and to set scaling at fractional levels such as 125 or 150 per cent – though this feature is described as "experimental and may not work well with all hardware and drivers". 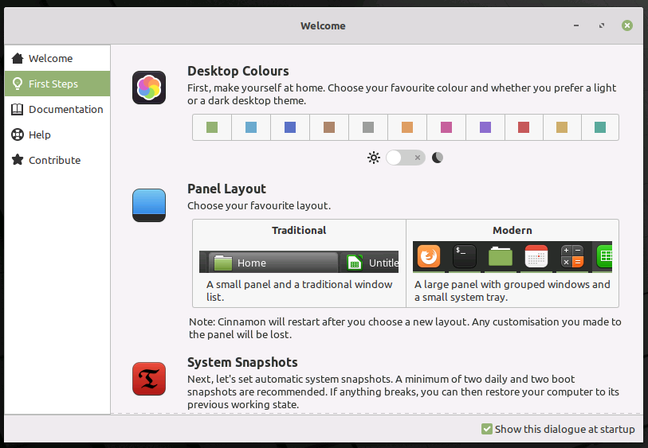 Mint also has a focus on colour and contrast. The "Mint-Y" theme colours have been refined and you can also now have yellow folders. There is a new user-friendly welcome screen that lets you select the base colour for the theme and choose between light and dark. The same screen also invites you to set up automatic system snaphots, recommending two daily.

How do you upgrade from Mint 19.3? The advice is to wait until next month when instructions will be available. Upgrading can be painful in Linux thanks to potential dependency and configuration issues so waiting for the official guidance is a good plan.

Overall, Mint 20 is not bursting with new features – there were more in 19.3 at the end of 2019 – but nevertheless an important release in terms of keeping Mint up to date. ®

We look at the official flavors, but there are more out there
Applications19 Aug 2022 | 9

Which flavors are the lightest and the heaviest disk and memory-wise?
OSes18 Aug 2022 | 57