Airport antics for a Microsoft OS well past its prime

Bork!Bork!Bork! Welcome to a bork with a difference as we find an old friend still running even as the world around it has been put on hold.

Where were you in 2001? Things have changed a bit in the decades since Windows XP first nosed its way out of the Redmond gates. A good deal more stable than its predecessor, Windows Me, the OS no longer tottered atop MS-DOS and brought the NT kernel to the masses.

Users embraced XP, which upped the minimum hardware requirements to a then mind-blowing 64 or 128 megabytes (but would sniff at more than 4 gigabytes in most incarnations). Despite its well-documented security failings, XP lingered throughout the Ballmer and Vista era at Microsoft before the company finally ended extended support in 2014.

And yet here in Cuenca, Ecuador, at the Mariscal Lamar International Airport if we're not mistaken, Windows XP persists, balefully staring down at passengers waiting to board the aircraft that are still operating. 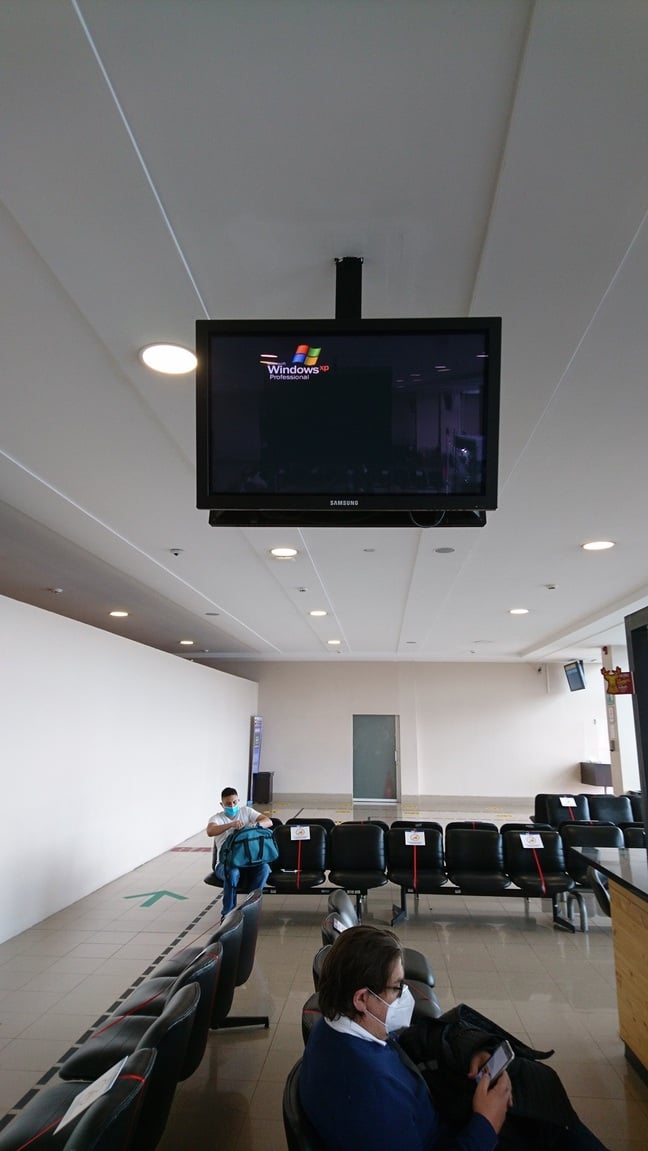 It appears to be the Professional edition. Because, after all, an airport is hardly the place for amateur hour.

The photo was snapped by Register reader Assaf, who was flying to Quito in order to travel on to New York City. "Flights in and out of Ecuador are still few and far between," Assaf told us, noting that his was one of only two flights operating that week.

Those worrying that the South American country might be a little behind the times need fear not. Our reader spotted Windows 7 lurking on the ageing Dell Optiplexes of "the far more up-to-date Quito and Guayaquil airports."

Assaf also regaled us with a frankly hair-raising story of his flight, which involved a pair of prosthetic legs, a woefully unprepared airline and an accidental emission which rather trumped this hack's own Blood, Snot and Fear.

Still, in these uncertain times we find solace where we can. While it may be the computing equivalent of beloved, but aged and incontinent, family pet, Windows XP continues to linger, long after Cuenca should really have said goodbye. ®