UK modular PC flinger Kano has cast its ambitions overseas as well as at home for its updated edutech-flavoured Kano Windows 10 PC, out today along with a pile of new buildable accessories.

The Kano PC - first trailed last year - is a modular tablet-laptop hybrid, primarily aimed at the education market. This modularity allows every component – from the speaker, battery, and logic board – to be easily replaced. It also enables the user to "build" the computer from scratch, in theory giving kids a sense of ownership they wouldn't otherwise get with a bog-standard Chromebook. 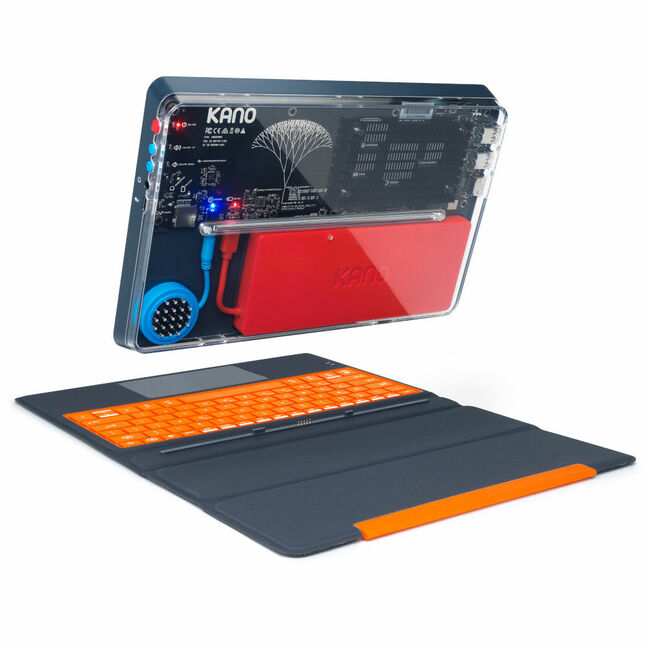 The components are housed within the same chassis as the 11.6-inch touch display, which offers a 1366x768 resolution. Powering the device is an Intel Celeron N4000 dual-core processor clocked at 1.10GHz, paired with 4GB RAM and 64GB of eMMC storage. This can be expanded via the built-in microSD slot.

Speaking to The Register, Kano CEO Alex Klein said the device was designed to withstand the usual abuses dished out to classroom tech.

"We looked at [stats] about what are the most common parts of the computer that wear out. The battery, speaker, and keyboard were the most common. And those are the key ones you can plug in and out. Also, the circuit board itself – you can unscrew it and put it somewhere else, or just upgrade it and recycle it.

"It's like that scene from Platoon [Full Metal Jacket? – ed]. This is my rifle. There are many like it, but this one is mine. It's kind of like that with the Kano PC – you can take it all the way apart." 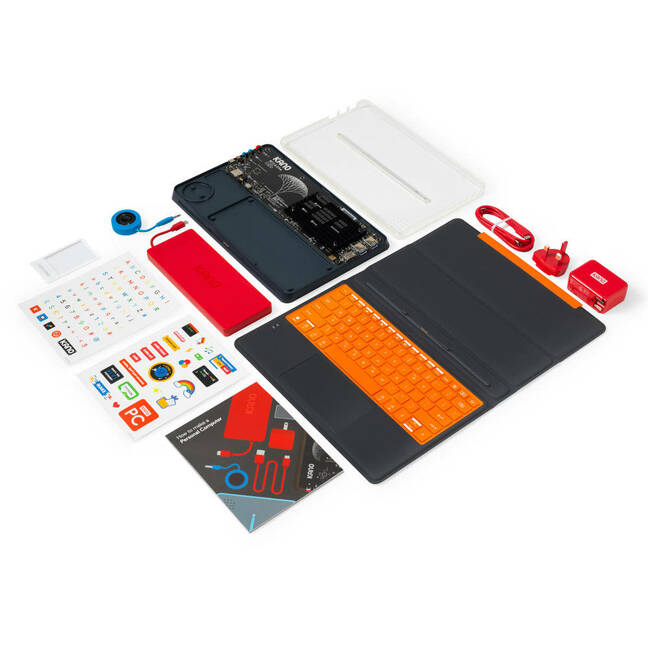 The device also comes with a few oddities you won't typically find on standard off-the-shelf kit. I/O ports have their own corresponding colour-coded LED lights, which flicker when in use. This, Klein said, is to show users what data is flowing through the logic board. It also comes with a custom heat sink designed to support thermal dissipation throughout the modular chassis.

There's also an "Easter egg" in the form of a CoffeeScript program printed on the circuit board. When executed, this generates a "tree" design, which end users are encouraged to experiment with to make it their own. 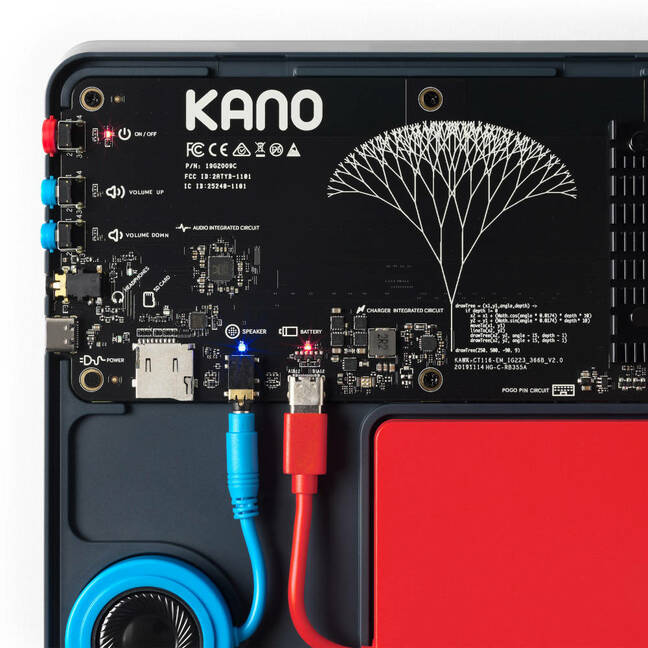 Learn to love us as much as Chromebook?

In addition to its own website, Kano is aggressively targeting retail channels, with US "big box" tech retailer Best Buy purchasing 10,000 units. The firm is also in talks with UK retailers, and is targeting government tenders in Japan and the UAE. Klein didn't go into specifics, but mentioned that the Japanese tender would be a "multimillion" order.

Separately, Kano is trying its luck at the peripherals game, announcing three new accessories: a webcam with a built-in macro lens for close-up photography, as well as mouse and headset models users are required to build themselves before using. Each of these will retail for £30 (or $30 in the US).

Of the deal with Kano, first announced mid-2019, Microsoft told us its "overall strategic partnership" with the startup included "a $1m equity investment and a number of undisclosed growth and co-development programs".

For Microsoft, there are also obvious reasons to link arms, particularly as it tries to dethrone Google's Chrome OS in the education market. Google's dominance is especially apparent in the US K-12 sector, where Chromebooks accounted for 60 per cent of all sales in 2018, with Microsoft and Apple splitting the scraps.

Presumably Microsoft hopes that the Kano PC will help it recapture lost ground. Pricing wise, it's in the same neighbourhood as the cheapest iPad, as well as most low-end Chromebooks. And the serviceability should give it a relatively longer lifespan than comparable devices – or at least allow school-based techies to easily salvage components from busted machines. ®