The open-source ReactOS project has marked a "major milestone" by hiring a developer "full time at near-market rates."

Victor Perevertkin will work for three months on developing the storage stack, which the team says is “a long neglected piece of ReactOS.” The aim is to fix kernel plug and play bugs, improve SCSI support and USB storage support, and achieve better compatibility with Windows storage drivers.

ReactOS is a long-running project, started in 1996, but remains in alpha state. We tried the latest stable build, designated 0.4.13. There is documentation for installing in Hyper-V, the hypervisor built into Windows 10, but we had no luck, greeted with a black screen and no boot. 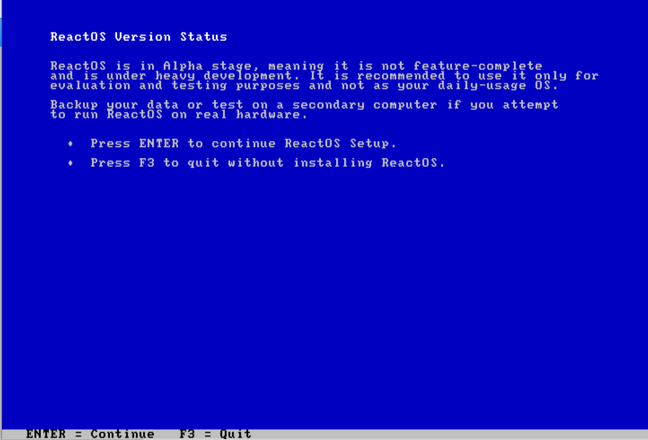 ReactOS is recommended only for evaluation, a warning that our brief hands-on suggests should be taken seriously. Click to enlarge

Oracle’s VirtualBox worked though, by carefully following these instructions. It felt like going back in time, as the install process is more than reminiscent of Windows NT. The message on the desktop informs us “Reporting NT 5.2” which is the version number of Windows XP x64 edition.

Installation was successful though, with a few caveats. There are screen drawing issues, with icons inclined to go fuzzy until you drag the mouse over them to refresh, and in general the graphic performance is poor; but probably with some tweaking this can be improved. On the plus side, network connectivity worked out of the box, and looking at the Applications Manager shows a decent list of software, including GIMP, Inkscape, Firefox 48, Thunderbird 45, LibreOffice, Notepad++, and for developers, FreeBASIC, Lazarus (open source Object Pascal), Tiny C Compiler, Python 3 and plenty more.

The Readme informs us that the project is “currently focused on Windows Server 2003 compatibility, but is always keeping an eye towards compatibility with Windows Vista and future Windows NT releases.”

The document also insists that ReactOS is legal. “All of the code of ReactOS has been written from scratch by our developers,” it says; a matter that was disputed by a kernel engineer at Microsoft, Axel Rietschin, who declared last year that it is "a ripoff of the Windows Research Kernel that Microsoft licensed to universities.”

What is the point? The idea is to run Windows software and drivers in an environment that closely resembles Windows, to the point where you could substitute one with the other and users would hardly notice.

There is a vast amount of legacy Windows software out there which people want to run, some of which does not work on recent versions of Windows. ReactOS could perform a useful role for running older software without the hassles of trying to find a legal copy of Windows XP that will activate, for example. 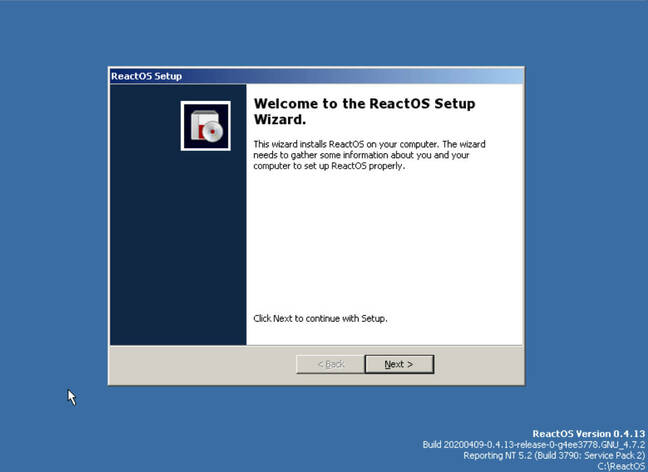 Going back in time: running ReactOS feels like going back to Windows as it was 20 years ago. Click to enlarge

It would also form a more familiar alternative to Linux for those in search of a free and open source operating system. It is a few years old, but one user gave 61 reasons for wanting ReactOS, including using Visual Basic 6, DOS gaming, and “escape from Microsoft’s eternal UI redesign.”

There are plenty of downsides though, not least the question of when or whether ReactOS will ever reach a stable version 1.0 release. Security is another issue. Wine does a decent job running Windows software on Linux, and will be a better solution for most people.

That said, the announcement of a paid developer, while a small milestone by the standards of major open source projects, is evidence of some demand for ReactOS. It may have taken 24 years and progressed no further than alpha, but it is still going.®