On the 51st anniversary of the Apollo 11 landing, MIT boffins have given an insight into an alternative history, one where US president Richard Nixon paid tribute to the astronauts who would not be returning from the Moon.

Not to be confused with the Apple TV series For All Mankind, which presented its own alternate timeline, the MIT "In Event Of Moon Disaster" project attempts to portray events as though Armstrong and Aldrin were to be left on the Moon, and features a deepfake version of Nixon delivering the infamous contingency speech.

The speech had been prepared for delivery in the event that the moonwalking duo ended up as permanent fixtures on the lunar surface. The contingency plan can be found in the US National Archives [PDF] and is a sobering reminder of how risky the Apollo endeavour was.

Previewed last autumn as a physical art installation at the International Documentary Film Festival Amsterdam, In Event of Moon Disaster is now available here for those unlikely to be troubling any festivals any time soon.

The project has a worthy goal: to educate its audience in distinguishing fact from fiction and demonstrate how "deepfakes" are made.

In this case, the gang took a voice actor to record the speech and then worked with Respeecher and Canny AI to reproduce Nixon's voice and facial movements. The result is undeniably uncanny, although to our mind the full seven minutes is impressively laden with cheese at its start, with footage from the Apollo programme spliced to give an impression of things going awry before deepfake Nixon puts in an appearance. 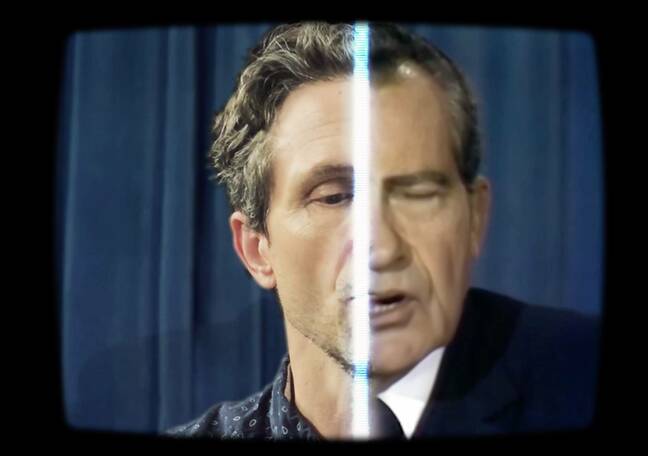 The fake Nixon is also helped by the quality of the TV footage of the time – there was no 4K in the lounge back in 1969. However, the overall effect is impactful. Certainly, one person we showed the video was entirely taken in by it. 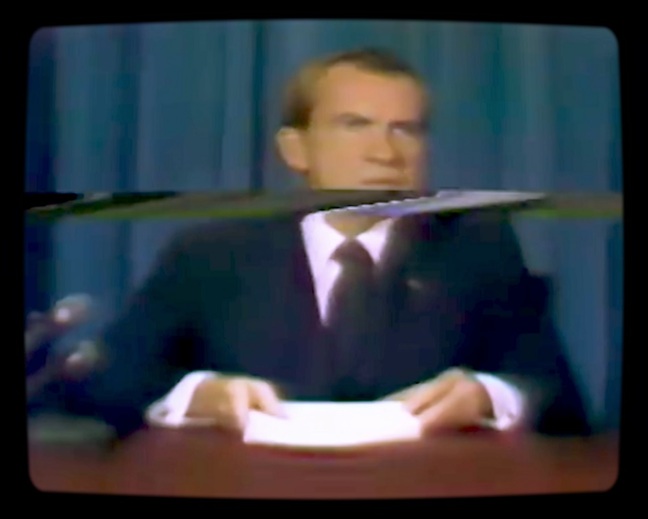 A screenshot from the end result

Deepfakes first hit the headlines when sweaty-palmed techies realised that the AI technology could be used to create some rather specialised pr0n. Lawmakers were soon alarmed as it became clear that the tech could be used to have their likenesses deliver fictitious speeches, with just a snapshot of a head being a sufficient starting point.

With the deepfake genie well and truly out of the bottle, the tech industry is racing to devise ways to detect such fakery.

Closer inspection of the Nixon "Moon Disaster" video shows the joins, but a casual viewer is unlikely to notice and may well come away from it believing that, yes, Armstrong and Aldrin never made it home.

Which is the point of the thing: "This alternative history shows how new technologies can obfuscate the truth around us, encouraging our audience to think carefully about the media they encounter daily," said Francesca Panetta, project co-lead and XR Creative Director at MIT Virtuality.

The project itself is supported by the MIT Open Documentary Lab and the Mozilla Foundation. ®