Nokia 5310: Retro feature phone shamelessly panders to nostalgia, but is charming enough to be forgiven

Review Nostalgia's a weird thing. If you're a techie, things have never been better. For less than £500, you can get a tiny battery-powered computer that's faster than the workstation your boss spent £2,000 kitting you out with just 15 years prior. Yet there's always the nagging temptation to take a stroll down memory lane.

The new Nokia 5310 embodies that temptation. This revived phone from yesteryear comes with all the accoutrements long abandoned by phone manufacturers – like a T9 keypad, removable batteries, and Snake. While internet connectivity is present (along with a pre-installed Facebook app), it's not really a fluid and contemporary experience.

It reminds me of Montgomery Scott in the Star Trek: The Next Generation episode "Relics", in which Kirk's Caledonian engineer is thrust into the 24th century and struggles to feel relevant. Next to the Xiaomis and iPhones of the world, this revamped feature phone feels decidedly out of place. 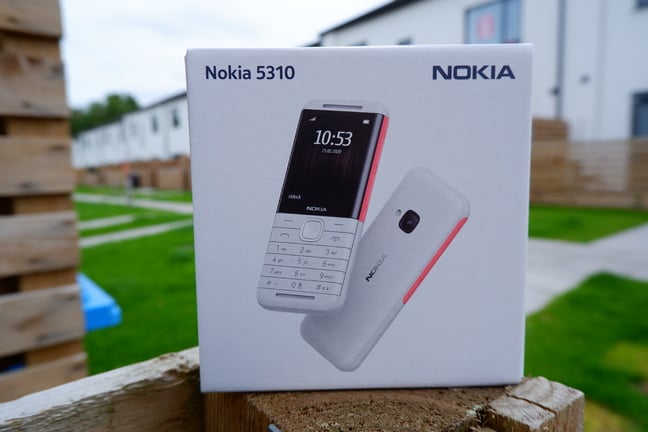 But it's not without its charms. The phone's diminutive size and lightweight frame makes it feel decidedly comfy in one's pocket. Meanwhile, it boasts battery life in abundance, making it a sound choice for a backup.

Snake – although slightly flashier than the version that appeared on the iconic Nokia 3310 – dragged me back kicking and screaming to my high-school IT classes, where I'd stealthily steal a game or two while Mr Collins droned on about Microsoft Publisher. 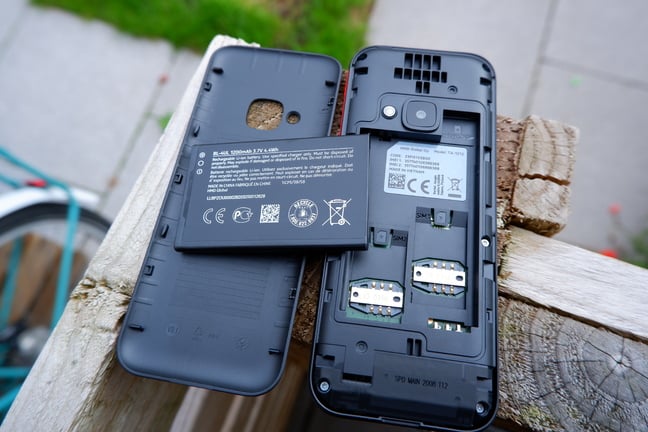 Typing on a T9 keyboard was frustrating as the muscle memory I developed as a teen has long since faded. Then again, you're unlikely to use this phone as a productivity device so it's a moot point.

Where this device really shines is as a media player, thanks to its loud and (surprisingly decent) front-facing speakers. With support for micro SD cards up to 32GB, it can easily carry your music library – or at least five Leonard Cohen songs.

Meanwhile, controlling playback is intuitive, thanks to the audio controls present on the side of the device. There's also a 3.5mm headphone jack, which is also used for the phone's FM radio. 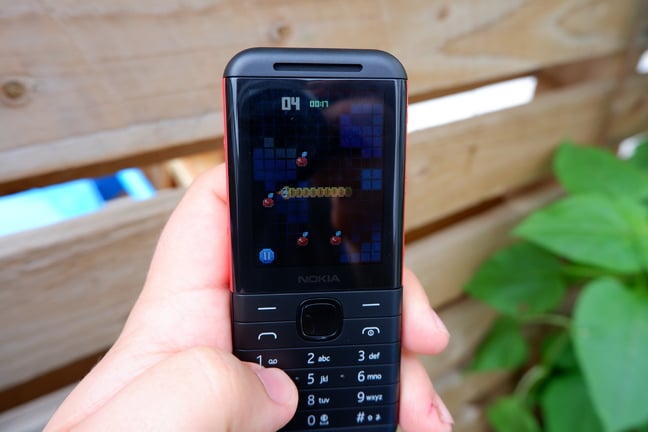 Ultimately, this is a fairly fresh-faced take on an old concept, and while it won't be for everyone, it's hard to fault the execution. And with a price tag below £30, it's easily justifiable for those looking for a retro throwback.

That said, you can fault Nokia's timing. This device feels particularly well suited for two things: going to mud-drenched festivals and travelling. And given the rampage of COVID-19, nobody's doing much of that right now. ®