But users are 'always one small event away from frustration' when platforms clash, claims IT support biz

Interview At Google's Cloud Next '20 On Air event, the company announced new integration features in G Suite, which VP and GM Javier Soltero says "almost realises what we've been chasing after the whole time which is a more complete collaborative experience." 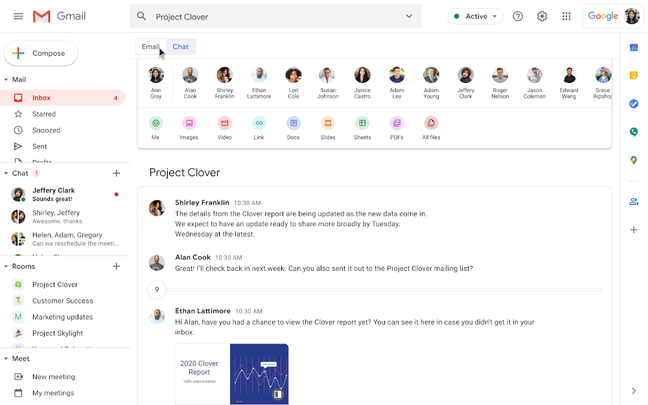 What is new with G Suite? The biggest change is the advent of a more integrated workspace, building on recent features like joining Meet video conferences directly from Gmail. The Chat service is becoming more prominent, complete with its group feature called Rooms, so users can share files and collaborate on documents within Rooms, which are accessible from Gmail. There are also security improvements, with more control over what participants in a chat can do, and phishing protection for links in Chat. The company is also promising "picture in picture video calls right in Gmail" and "the integration of Google Meet into Docs, Sheets and Slides".

"For the first time, Gmail, Docs, Sheets, and Slides are all working together to deliver an integrated workspace experience, a new approach to communications and collaboration that addresses some issues that customers and users have told us about for a long time," Soltero told The Register.

Is integration such a big deal? Do users really struggle because they are in Gmail and need to be in Meet? "It's less about the difficulty and more about the question of the effectiveness of choosing to use one communication medium over another," said Soltero. "Customers say we want a better, more integrated experience. People told Microsoft the same thing and therefore you have Teams."

Soltero knows all about Microsoft, having worked there between 2014 and 2018. He arrived there when his startup Accompli and the mobile app of the same name was acquired. Accompli was designed to integrate email, calendar and shared files across accounts with different organisations. "Back in 2013, myself and a very small team said an email app that is just email is incomplete. For me personally this is a journey that I've been on long before I got to Google, understanding the need to bring tools together, not just for convenience but to have it truthfully be better than the sum of its parts. That's the thing that I've been thinking about and searching for in different ways."

He said that building awareness of the best way to reach someone requires an integrated solution. Someone might not be available because they are in a meeting or "because they have a different set of working hours, which in our calendar they can define centrally. So in a world where you have multiple tools that are not integrated, and don't have awareness of the calendar, Slack may not know implicitly that you're actually not available for a chat right now. You might be sending an email but if that email product doesn't have awareness of your calendar, the opportunity for you to be able to call more directly or send a chat message might not be presented. I'm giving you communication examples, there are collaboration examples too." 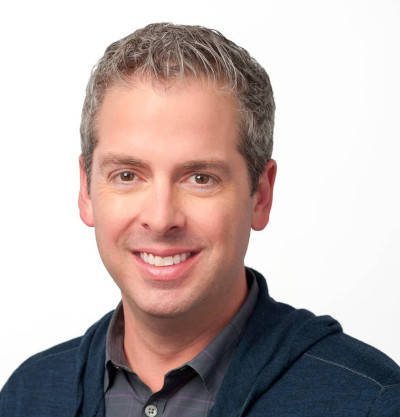 Does adding features to the user interface damage the simplicity and focus that was part of the appeal of products like Gmail, which was beautifully straightforward when first launched? "Gmail was chosen by users because it had great search and was fast and simple," Soltero told us. "That design ethos has evolved over time and arguably there have been moments where there hasn't been as much adherence to that principle as possible. My mission here is actually to help this team get really almost reacquainted with what makes these products chosen to begin with. Most importantly giving users a choice to say I actually don't need to see this in here, I'm a 17-tabs-open-in-Chrome type of person, you can turn it off. You can say I just want Gmail, no chat, no meetings, and that's it."

We could learn something from Discord

What about the success of products like Zoom, or in the chat world Discord, despite the existence of integrated alternatives from Google and Microsoft? Is that evidence that people are willing to give up integration for a better experience in a specific product category?

"I agree with you and that's why when we look at the task of integrating, you have to make the individual ingredients be best of breed and to survive the axiom of choice. I love that you pointed out Discord because despite being a very gamer-focused thing, Discord is great at allowing people to do stuff because it works alongside a gaming experience. That's a useful lesson for us. What we've been chasing after the whole time is a more complete collaborative experience."

We asked Soltero about the perception that G Suite is great if you work in Android or the browser, but not so good if you like working on the desktop. "I think it's less and less a problem," he said. "There's two things about Office. One is native apps, not browser based. And second that there is a behaviour that is specific to those apps that is effectively a single-player experience. These products began their life in an unconnected PC centric world. You have to take people from there to this new place, that's why we've been investing heavily in two things. One is better offline behaviour. Mentally people are still like, my browser does not work if I am not connected to the internet. Not true. The second part is to build the right kind of bridges in terms of interoperability with Office format content, which we've done, you can open a Word file inside of Google Docs, collaborate on it like a normal Google Doc, and then be done with it, and it's still a Word file in Drive."

But it seems that Google still has work to do. Matthew Reynolds is founder of It's What's Next IT, which both supports SMEs and also has a workforce "made up of people disadvantaged in the job market". Reynolds recently argued in a blog post: "I've always said to clients that so long as you choose Microsoft 365 or G Suite, you're probably making a decent choice... this article is about me changing my mind on this, because for an SME G Suite doesn't quite fit when all the variables are taken into consideration." Reynolds says that SMEs on G Suite "should migrate".

What's wrong with G Suite? "What happens in a small organisation is they always need the Office 365 apps, Word, Excel PowerPoint, Outlook," Reynolds told us. "They have to buy that licence anyway. There tend to be problems [with G Suite] like Outlook gets your mail by IMAP but you can't get your contact and calendar information lined up. You do an invite for a phone call and it loads in the wrong calendar, I see so many problems with every customer of mine that has G Suite. It isn't a coherent, cohesive enough offering for a small business."

Do small businesses really need Microsoft Office? Why not use G Suite for everything? "Some customer or partner will send something that they need to have open in a proper Office application," said Reynolds, "and they can't handle it. They are always one small event away from frustration."

Reynolds does say that he used to work with G Suite "and loved it", and that it works better in large organisations. "They have the IT capability to fit it in," he told us.

Does he think G Suite will be good enough, in time, for this to change? "They don't want that feature-complete nature of Office, they want the 20 per cent of features you use 80 per cent of the time, that's always been the strategy with G Suite. I've moved customers from G Suite to Microsoft 365 and it's like night and day, all the calendaring and scheduling works. The problems I've run into are mostly on that Groupware side and Outlook."

Others will tell a different story, like the children's charity Barnado's, which has moved to G Suite citing "cost savings, ease of use, and that it's built for collaboration from the ground up," according to transformation engagement lead Trevor Lawson. For Barnado's the move is linked to a shift towards cloud-based IT. It is also piloting Chromebooks.

These comments reinforce the notion that mixing Google and Microsoft ecosystems brings friction and organisations will try to stay with one or the other (bar a few who choose other solutions). Google has one thing in its favour, which is Android (and Chromebook). Microsoft steered users to its products via Windows; can Google now employ the same strategy? Surface Duo, says Microsoft, but it will not be easy. ®