NASA wants to lift a 2.5-metre-long, reusable far-infrared telescope into Earth’s stratosphere using a massive high-altitude balloon in 2023 to check out the heavens more economically.

The mission, known as ASTHROS, short for Astrophysics Stratospheric Telescope for High-spectral Resolution Observations at Submillimeter-wavelengths, will gather a range of data to help scientists better understand star formation.

The hardware will be lifted by a 400-foot (120-metre)-wide balloon to an altitude of about 24.6 miles (40km), allowing it to pick up signals blocked by Earth's lower atmosphere. It’ll only have about three weeks to study gas swirling around young stars, and nitrogen ions that reveal where massive stars and supernova have affected star-forming areas. Here's NASA's description of the mission:

ASTHROS will carry an instrument to measure the motion and speed of gas around newly-formed stars. During flight, the mission will study four main targets, including two star-forming regions in the Milky Way galaxy. It will also for the first time detect and map the presence of two specific types of nitrogen ions (atoms that have lost some electrons). These nitrogen ions can reveal places where winds from massive stars and supernova explosions have reshaped the gas clouds within these star-forming regions.

Besides those two Milky Way regions, ASTHROS will also target:

The mission will also make use of electric cooling to keep the far-infrared telescope at optimum efficiency. This was, in the past, done with liquid helium. This latest bit of kit, though, will use power from solar panels, cutting down on launch payload and is more efficient. 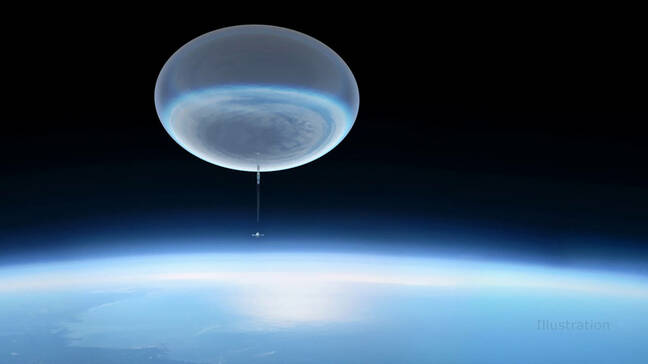 Up, up and away in my electrically cooled balloon ... An illustration of ASTHROS. Source: NASA's Goddard Space Flight Center Conceptual Image Lab/Michael Lentz. Click to enlarge

The balloon is likely to be launched close to the South Pole and will circle Antarctica before returning to Earth. The telescope will then be refurbished and sent back up once the winds are right.

"Balloon missions like ASTHROS are higher-risk than space missions but yield high-rewards at modest cost," said NASA engineer Jose Siles, project manager for ASTHROS. "With ASTHROS, we're aiming to do astrophysics observations that have never been attempted before. The mission will pave the way for future space missions by testing new technologies and providing training for the next generation of engineers and scientists." ®