The Raspberry Pi foundation has created its first made-for-Asia peripheral: a Japanese keyboard.

The device retains the three USB type-A ports and a single micro-USB port to plug into the Pi itself found on other official Pi keyboards, but has a new moulding to handle the 83 keys needed to offer input for Japan’s three different alphabets. New firmware was also needed to cope with the myriad possibilities those scripts create.

“We ended up reverse-engineering generic Japanese keyboards to see how they work, and mapping the keycodes to key matrix locations,” wrote Pi Foundation senior principal engineer Simon Martin. ”We are fortunate that we have a very patient keyboard IC vendor, called Holtek, which produces the custom firmware for the controller.” 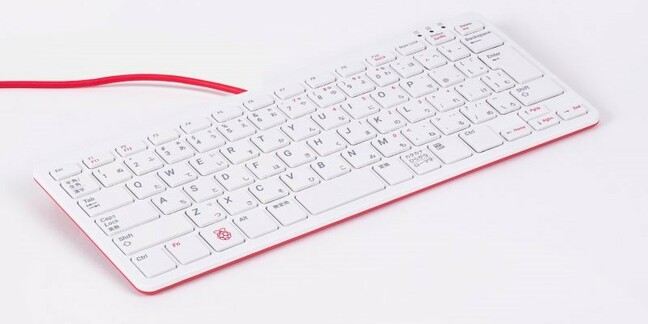 “We then had to get these prototypes to our contacts in Japan, who told us which keys worked and which just produced a strange squiggle that they didn’t understand either,” he added. “The ‘Yen’ key was particularly difficult because many non-Japanese computers read it as a ‘/’ character, no matter what we tried to make it work.”

The new keyboard costs ¥2,409 (US$23) and can be had from the Pi foundations’ usual roster of resellers, including Japan’s Switch Science. ®

PM says shuttered plants can re-open, fresh reactors will be built, old ones are getting their lives extended
Science24 Aug 2022 | 144