Aw, Snap! But you should see the other guy – they're in dire need of a good file system consistency check

Behold the stability and efficiency of a switch to Linux

Bork!Bork!Bork! Switch to Linux, they said. What could possibly go wrong? Quite a lot, if today's edition of The Register's Bork diary is anything to go by.

Reader "Clive The Commuter" spotted a BOGOF (bork one, get one free) as a pair of digital signs at London's Marylebone station had a wobble.

"Aw, Snap!" says a cheery edition of what we assume is Chrome. The RESULT_CODE_MACHINE_LEVEL_INSTALL_EXISTS hints at something a little more worrying, although our reader assured us that things were up and running by evening. 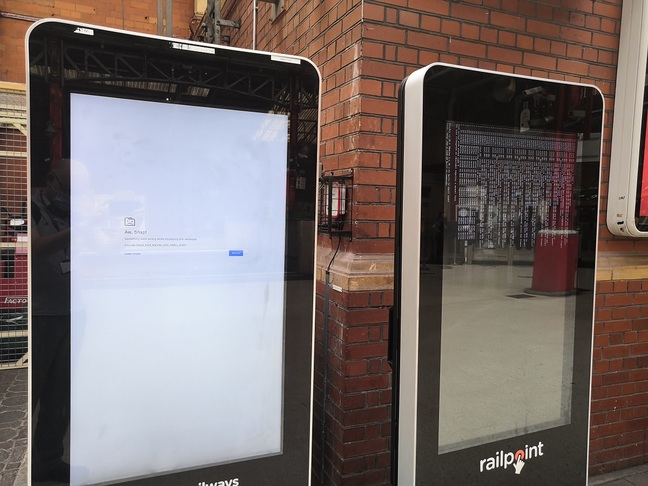 The other screen was not quite so happy; pleading for a manual fsck for its file system before the customised Debian distro would do whatever the supplier of the screens, RailPoint, expected it to do for UK rail company Chiltern. 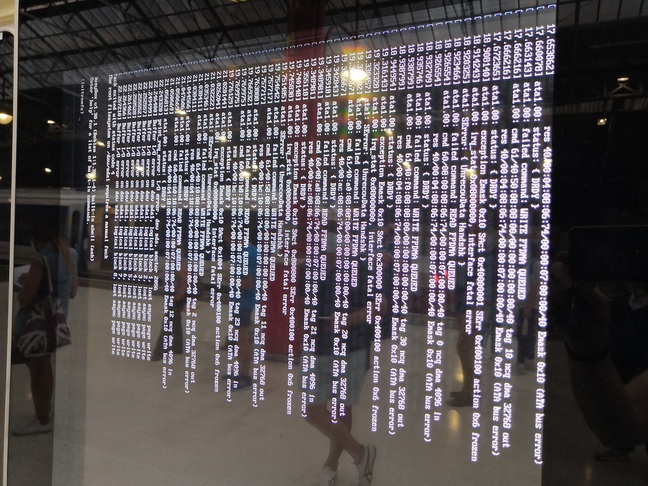 Chiltern Railways, owned by Arriva Trains, is responsible for the services that tootle up the M40 corridor towards Oxfordshire and Warwickshire, and lays claim to Marylebone as its London terminus. It has several of these battery-powered screens, which can be wheeled around the station to assist passengers thanks to the magic of Wi-Fi. Or, in this case, bork.

Of the unhappy Debian-based device, Clive noted: "The hosed hard disk was in the same state of disrepair as the signalling and points on the Metropolitan Line (over which Chiltern runs), and what should have been a 30-min trip home stretched to three times the usual amount of time."

RailPoint has form for bork. Its Windows-based signage has already featured in these pages and back then the company told us it was "about to upgrade all of our production machines to a custom Linux build to improve their stability and generally operate with more efficiency".

Behold the stability and efficiency. ®