NASA’s first Orbiting Geophysical Observatory satellite, launched in 1964, plunged into Earth’s atmosphere and disintegrated into pieces over the Pacific Ocean over the weekend.

The Center for the Near-Earth Object Studies at the space agency's Jet Propulsion Laboratory previously announced it was expecting the OGO-1 satellite to return home soon albeit not in one piece. Two teenagers in middle school on Maui – Holden Suzuki and Wilson Chau – went looking for it with astronomers at the Las Cumbres Observatory, and spotted a dot streaking across space from footage by its telescope atop Mt Haleakalā on the Hawaiian island.

A separate team of astronomers at the University of Arizona’s Catalina Sky Survey also detected the same tiny object that appeared to be on a collision course with Earth. Upon closer inspection of the orbit, NASA’s Jet Propulsion Laboratory confirmed the object was not an asteroid but in fact one of their old probes. 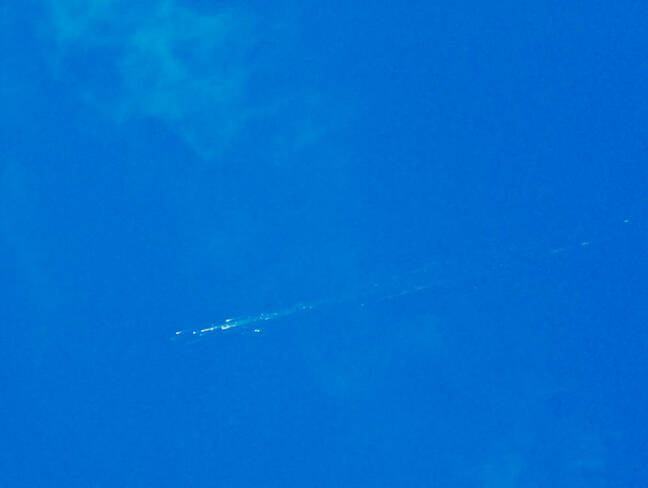 The OGO-1 was the first of six satellites sent to space by NASA to study Earth’s magnetic field. Strapped with 20 or so instruments, it collected data until it was retired in 1971. The metallic 1,070-pound hunk continued to float in low-Earth orbit, and spiraled downward until it reentered the planet’s atmosphere where it quickly burned up from air compression.

“All satellites in low-Earth orbit experience drag or friction with the very low-density part of Earth’s atmosphere, which makes them lose energy and their orbit gets lower and lower,” Roy Gal, an assistant astronomer and outreach coordinator at the University of Hawaii, explained to The Register. “Even the space station experiences this and has to be boosted occasionally.

What would you prefer: Satellite-streamed cat GIFs – or a decent early warning of an asteroid apocalypse?

“As the orbits get lower, the atmosphere is thicker, so there’s more drag, and eventually the process results in the satellite losing so much energy that it can’t stay in orbit. As they fall to Earth, they burn up in the atmosphere, just like meteorites. Occasionally a piece survives, if it is big and [dense enough]. Usually there’s nothing left.”

OGO-1 seemingly vaporized as it hurtled through Earth’s sky at 1710 EDT (2110 UTC) on Saturday. Even if small chunks survived, they would have fallen and sunk into the Pacific Ocean somewhere between Tahiti and the Cook Islands. You can catch a video of the breakup below.

“While OGO-1 was the first spacecraft to be launched in the OGO series, it will be the last to return home as all other five spacecraft have already decayed from orbit and safely reentered Earth’s atmosphere, landing in various parts of the planet’s oceans,” NASA said. ®