CEO Jensen Huang introduced three new GPUs: the RTX 3070, RTX 3080, and the RTX 3090 in a video apparently shot from his kitchen. They’re all based on an 8nm Samsung-fabricated cores that squeeze in 28 billion transistors onto the die. 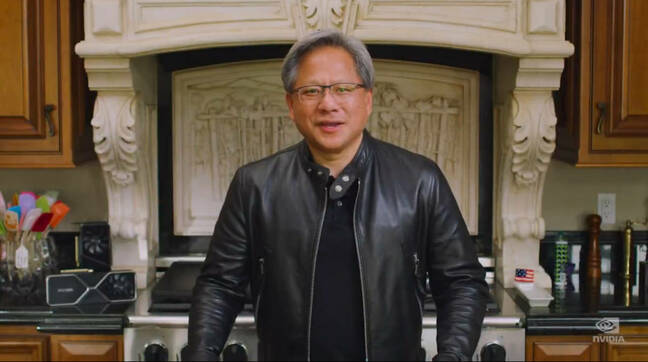 You can see the whole thing here.

The three different GPUs vary by price, based on memory and the maximum resolution it can render games at:

The cards come with a port for HDMI 2.1 so gamers can connect their systems to 8K HDR TVs. 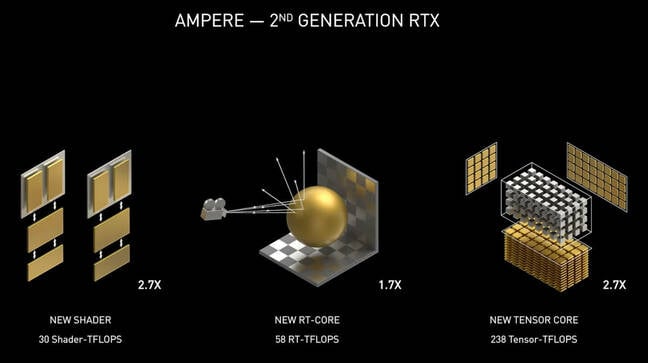 The GPUs run Nvidia's Deep Learning Super Sampling (DLSS) software, which uses a range of AI techniques to touch-up individual pixels for real-time ray tracing. Epic, the creators of the popular (and controversial) first-person-shooter Fortnite said it will use DLSS to render its computer graphics for players online. Other programmers can presumably tap into the chips' performance via Nvidia's CUDA programming framework. ®