'It's so under-appreciated as a planet compared to Mars'

Interview As Rocket Lab sought to get its Electron booster back into action, The Register spoke to CEO Peter Beck about finding faults, recovering rockets, and missions to Venus.

"It's rubbish at the moment," observed Beck of the weather at the New Zealand launch site as the privately owned company looked to return to flight this week with its Electron booster.

As it transpired, the mission slipped a few days into its window before launching successfully at 03:05 UTC on 31 August 2020.

Flight 14, dubbed "I Can't Believe It's Not Optical", was a dedicated mission for Capella Space to lob a 100kg satellite into orbit. The spacecraft, called "Sequioa", will be the first publicly available satellite in the company's commercial Synthetic Aperture Radar (SAR) constellation. 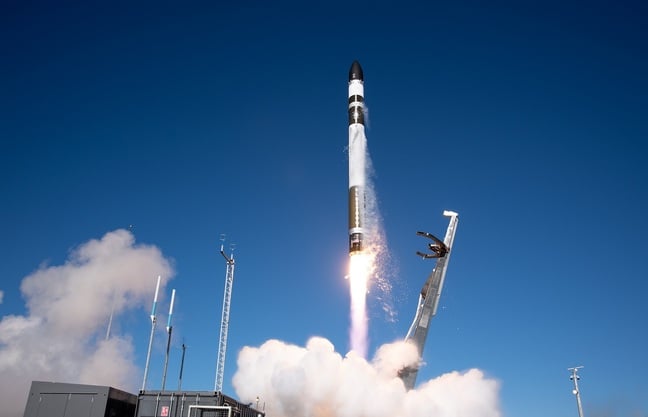 The mission, from Rocket Lab's New Zealand launchpad, was the first since Flight 13's second stage failure in July.

"One of the main bus electrical connections disconnected, which caused a shutdown of the engine," Beck explained. Not a simple case of a plug dropping out, the issue was traced to an electrical joint and some potting compound liquefied by thermal expansion.

It took the gang a few weeks picking through the telemetry and painstakingly recreating the failure scenario to identify the exact joint: "I kind of think of it like piling up 10 pieces of Swiss cheese and have them all moving around. And eventually, at some point, those holes line up..."

The issue resolved, and other processes and quality controls improved, the team has also upped the payload capacity of the Electron thanks to better battery cells. "We're really happy with where we're sitting for a payload capacity standpoint," said Beck, pointing out that going much higher might put the company in direct competition with SpaceX rideshares, "and that's a really tough place to be." Instead, "the price is low enough that people get dedicated rides and it's enough capacity that it lifts pretty much everything that folks have out there."

So long as that payload doesn't get too heavy.

The additional payload will also be handy for the parachutes the company plans to fit to its boosters, which require 15kg to be sacrificed on the altar of reusability. Having already shown an Electron stage can survive a guided return trip through the Earth's atmosphere, Beck is keen to see Flight 17 (due toward the end of 2020) brought down to Earth via the in-house developed parachute system. 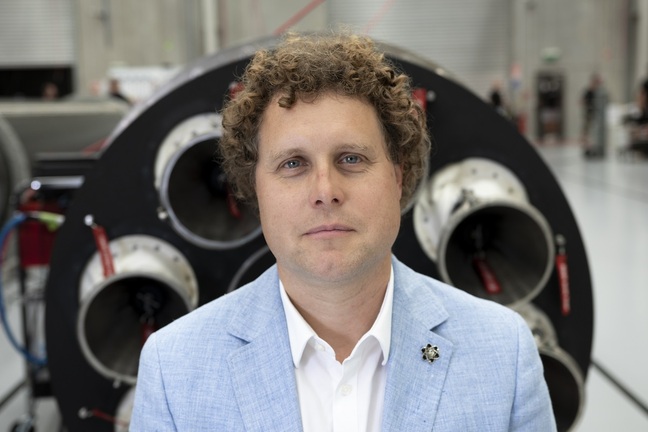 While the spent booster won't be snagged by helicopter this time around, it should hit the ocean at a survivable 10-15mph (about 16-24kph). "The goal," said Beck, "is to get one back to the factory: it doesn't matter if it's full of sea-water. That will really inform us on how much work we have ahead of us and what kind of condition the stage is in."

As well as a potential booster recovery, Rocket Lab is also looking forward to its first launches from the US in the coming months, once certification on its flight termination procedures have been completed. It is also due to launch NASA's Cislunar Autonomous Positioning System Technology Operations and Navigation Experiment (CAPSTONE) mission in 2021.

Beck, however, has his eyes set further afield than the Moon. In 2023 he hopes to send a private mission to sample the atmosphere of Venus.

"Venus," he told us, "is something that's just so under-appreciated as a planet compared to the likes of Mars."

"I think Venus is the perfect analogue to Earth," he went on, "and a climate change runaway, and there's just so much we can learn."

Beck has a point. Venus is slightly smaller than Earth, and scientists have speculated that for around two billion years it might have been more habitable, with a shallow ocean. Alas, boffins also reckon that the proximity of the planet to the Sun made the water evaporate, causing a build-up of carbon dioxide and contributing to the intense greenhouse effect observed today.

However, it is the atmosphere of the planet that intrigues Beck. The lower clouds of Venus, 50km from the surface, could well contain life (or traces of it) in the form of microorganisms and Beck hopes his 27kg probe will stand a chance of returning some useful data during its plunge.

The challenge is working out how one actually goes about detecting life. "We understand life as it exists here," said Beck, "but there it might be something completely different. So I'd like to do multiple missions."

As for Flight 14, it ended up successfully deploying Capella Space's 100kg-class Sequoia satellite to a comparatively prosaic approximate 500km altitude Earth orbit. Monthly missions are planned for the remainder of 2020. ®