Tech industry might have weathered the storm so far, but challenges will be felt from next year, Unit4 boss warns

Interview The ERP market is in for a few surprises later in the year, according to Mike Ettling, CEO of ERP vendor Unit4.

Having posted cloud subscription revenue growth of just over 14 per cent in Q2 last week, the company, which focuses on medium-sized clients, could be looking a little jealously at fellow cloud-based enterprise application vendors such as Workday and Salesforce, which saw 23 per cent and 29 per cent increases respectively.

Demand generation is taking longer for stuff to go from top of the funnel to a qualified lead. Organisations like us have had a fairly heavy reliance on events for lead generation

While a 24 per cent year-on-year growth in bookings for the first half of the year put the results in context, unfavourable comparison can be put down to an early year wobble, Ettling said. "New business is taking longer and existing business is going quicker. We didn't see it manifest itself in April and May, but towards the end of Q2 it's almost like all the CEOs got their the triple-checking and five extra layers of approval of deals in place."

But the CEO said there were trends for the industry to cope with that have yet to manifest themselves in company results across the market. "The thing I'm more worried about from a longer-term perspective is the top-of-the-sales-funnel stuff. Demand generation is taking longer for stuff to go from top of the funnel to a qualified lead. Organisations like us have had a fairly heavy reliance on events for lead generation." 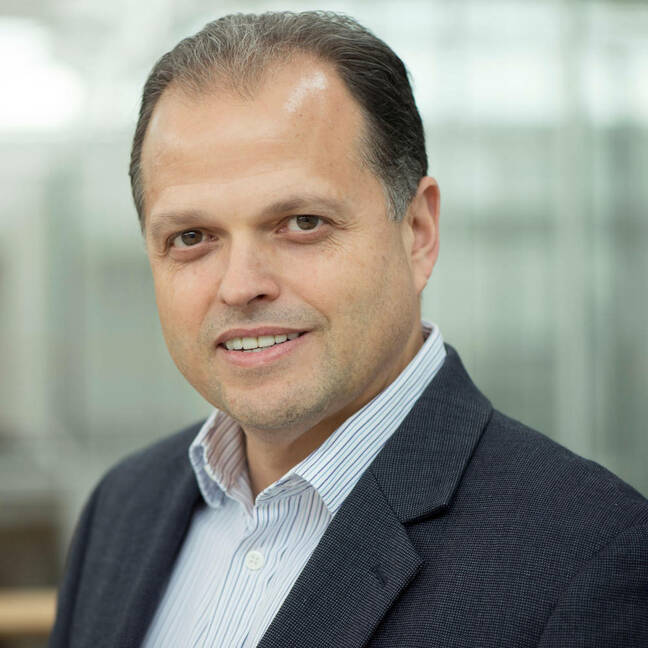 The cancellation of in-person events was affecting those sales channels, just as office closures were affecting phone-based demand generation. "We are doing significant things to make sure we don't get hit by that, but it's a general phenomenon in the market," Ettling told The Register. "Yes, the tech industry has actually shown good results, but challenge is going to come in Q4 and Q1 and Q2 next year."

Unit4's approach is to rebuild its software in a multi-tenant cloud model and on a modern API-based architecture. Ettling, who was SAP president in charge of its HR and performance software SuccessFactors (bought by SAP in 2011), said working in a "very large, true born-in-the-cloud kind of business" gave him a "a strong perspective on the value of multi-tenancy" in terms of reducing the cost of ownership over time.

He said just prior to his arrival at the company in 2018, a Unit4 "skunkworks" team had taken the core ERP product, which it bought with Agresso in 2000, and migrated the functionality onto a multi-tenant, microservices architecture. Unit4's multi-tenant cloud system is only available on Microsoft's Azure, and not AWS or Google Cloud Platform.

Set to launch at the company's user experience conference in October, the new product will include all the features of the on-prem system, but with a new architecture, Ettling said. "We've taken that whole existing solution and turned it into a multi-tenant, microservices architecture so every bit of functionality customers had, they will have in the new solution, but how you do things like extensions and customisation will change. Whereas previously you did customisation in the core monolith in an extension kit so it doesn't knock over anything in the core. And when we're doing rapid upgrades, all your extensions are talking into your core through APIs. The way you're doing integrations will also be different."

The promise is that the move will help get over that age-old problem with ERP strategies: users tend to customise software to such an extent that a full system upgrade becomes eye-wateringly expensive and is endlessly deferred until the users realise it is running on steam power in the atomic age. But before it makes its mark in the next generation of ERP architecture, Unit4 might have to build some credibility in support.

One customer who spoke to The Register said it dreaded contacting customer support as it took so long to explain the problem and could take more than 48 hours to resolve high-importance issues.

Ettling agreed there had been some issues, and pointed out that service expectations could be higher in the cloud than with on-prem solutions. He said Unit4 was "consistently beating" its service levels for availability and uptime, and that the company had looked at its "customer lifecycle" from sale to support to renewal. "We've done a lot of work and looking at the touch points and how we engage with customers through that whole journey. It's never been looked at in that way before because, historically, on-premises software companies don't. Once the deal is sold, and the CDs are delivered it was kind of, 'we're just going to take the support calls and that's it'."

He also said that in the last few months Unit4 had moved from four support and operations platforms to a single, standardised system based on ServiceNow.

"From the data we're tracking, we are seeing a vastly improved service in terms of the customer support," he said.

Unit4 is owned by private equity firm Advent International, which paid around $1.6bn for the firm in 2013. It counts consulting firm Alten, charity War Child, and Manchester Metropolitan University among its customers. It tries to stand out from SAP, Oracle, and the rest of the ERP pack by appealing to the mid-size market, rather than global enterprises.

Ettling said the market showed more room for growth, and less competition than the alternative. He also admitted margins were higher as users tended to seek fewer customisations in the software.

But the market has not escaped the attention of one big-hitter, namely Microsoft, which targets its Dynamics portfolio squarely as SMEs. It also entangles customers with a host of related Power-branded tools and low-code options. While Unit4 also boasts a low-code extension kit and integration with Microsoft products such as Outlook, the market will have to wait until the end of the year to see if its big multi-tenant cloud play will bear fruit. ®