The Honor MagicBook Pro looks nice, runs like a dream, and isn't too expensive either. What more could you want?

Review With its lucrative mobile business being decimated outside of Mainland China, Huawei's youth-focused sub-brand Honor has shifted towards laptops and other personal tech kit. Its latest machine is the MagicBook Pro, which touts a 16.1-inch display and a brisk Ryzen 5 processor.

It's a curious beast, with Honor explicitly targeting the device towards the segment of the Venn diagram where gamers and young professionals meet, though it's arguably best suited to the latter.

As a work machine, this kit is sublime. The display isn't the highest resolution going (standard 1920x1080), but it's bright and wide. As is the case with other premium laptops we've seen, the webcam is embedded within the keyboard, giving the display a 90 per cent screen-to-body ratio. Slack and Word can comfortably coexist together side by side without things feeling cramped, not impeding day-to-day productivity.

Meanwhile, Honor has seen fit to bestow a bevy of ports on the MagicBook Pro. In addition to a USB-C port for charging, there's also three USB-A sockets and a full-sized HDMI port. In practice, this means you can connect the computer to the usual collection of peripherals – a keyboard, mouse, and external display – without having to use a cumbersome dongle. And this cacophony of connectivity doesn't come at the expense of ergonomics; it's as thin and light as you'd expect from a modern-day ultraportable. 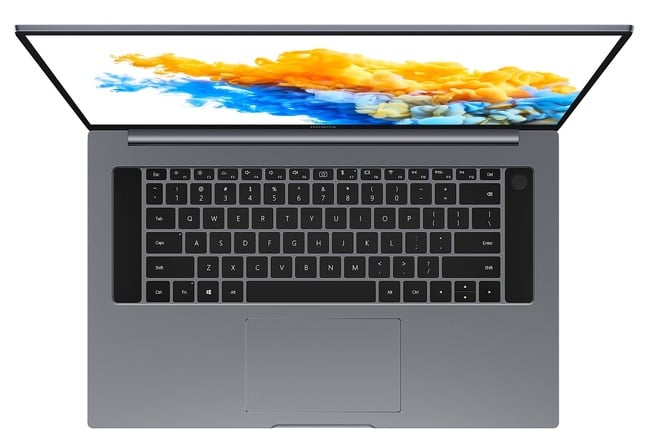 Another virtue of the MagicBook Pro is its excellent keyboard and trackpad, which makes it a delight to bang out code or write a lengthy laptop review. Although this machine comes with the largest display Honor has ever shipped with a laptop, the firm omitted the numpad so the keys are individually large and well-spaced. There's also plenty of travel, which makes it comfortable to type for long sprints.

Amusingly, the review unit sent to El Reg came with a German keyboard. I'm not quite sure how that happened, but it made us smile nonetheless. 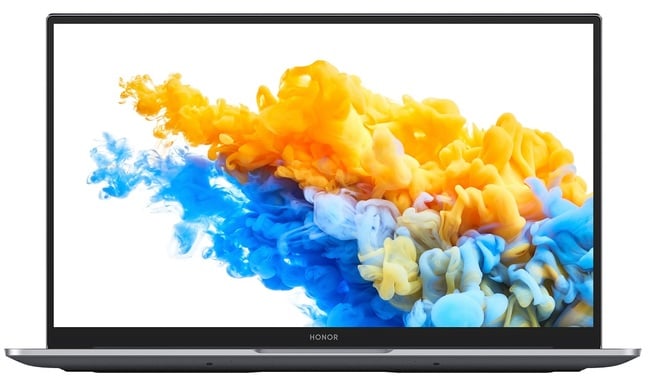 Under the hood, the MagicBook Pro comes with a Ryzen 5 4600H processor, which uses the 7nm Zen 2 architecture. There's no discrete graphics card, but it does come with AMD's Vega integrated graphics. Separately, there's 16GB of RAM and 512GB of flash storage.

But can you upgrade it? To an extent. The innards are hidden behind the laptop backplate. To remove this, you just need to unscrew 10 Torx screws. The rest of the components – including fan, battery, and logic board – are screwed in with standard Philips screws, making disassembly a doddle. 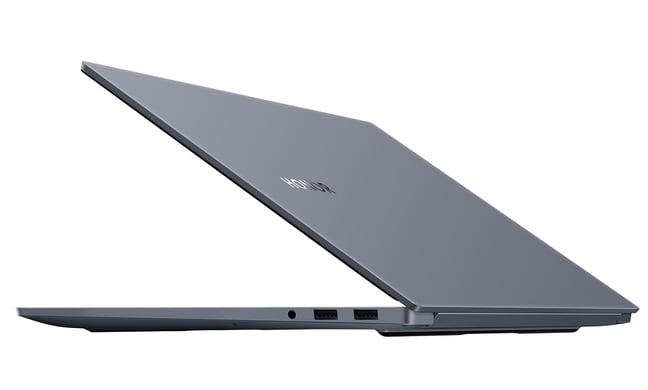 The flash storage uses standard M.2 NVMe chips, which can be replaced. There's also a slot-loaded PCIe Realtek Wi-Fi card, which appears to be replaceable. However, sadly, with no SO-DIMMs to be found, it appears the RAM is soldered to the logic board.

As mentioned, Honor is hinting towards this being a gaming device. With no dedicated graphics card, AAA titles won't exactly run or look the best. Nonetheless, I was able to comfortably play Civilization VI at medium settings, and with anti-aliasing turned on. Meanwhile, the built-in speakers, which run parallel to the keyboard, elevated the already-spectacular orchestral soundtrack.

The Honor MagicBook Pro retails at £849.99 in the UK. The entry-level Dell XPS 15 9500 costs almost double that, despite coming with half the RAM and a slightly smaller display. I'd even recommend it over the Dynabook Portégé X30L-G, which offers a similar level of connectivity, but isn't the most comfortable to work from.

As a gaming laptop, there are more performant machines in the same pricing neighbourhood. But as a machine for getting things done, this reviewer can't think of a better computer in its price category. ®