Google Cloud's Next OnAir – a 63-day video epic – is drawing to a close with its Business Application Platform week, but the main keynote was on the exact same topic as that from a fortnight ago: Application Modernization, specifically Anthos.

Introduced as Google's "employee number 8", technical infrastructure senior veep Urs Hölzle spoke on "What's Next in Enterprise IT". It has fallen behind consumer IT with regard to innovation, he said, and to fix that, enterpise tech needs a standard platform. Here it is, he enthused, and it's not the web, nor containers, nor Java, nor Linux, nor Kubernetes. Rather, it's Google Anthos, which lets you run whatever you want on whichever cloud you want, he added.

It is a slippery topic because of Google's sleight of hand. Anthos is several things. It is a brand name, which helps Google to differentiate its product from those of other vendors selling many of the same core components. It is a bundle of technologies marketed and billed together, including Kubernetes, for orchestrating containers at scale; Knative, another open source component which handles serverless containers and eventing on Kubernetes and is the foundation of what Google rebrands as Cloud Run; and Istio, which is a service mesh for Kubernetes.

Anthos is also a management layer, including both a cloud-hosted user interface and a command-line interface for managing and monitoring Istio and Kubernetes.

In these non-GKE cases, Cloud Run for Anthos, cloud logging and monitoring, secure software supply chain, and Kubernetes applications in Cloud Marketplace are not available, according to the technical overview. 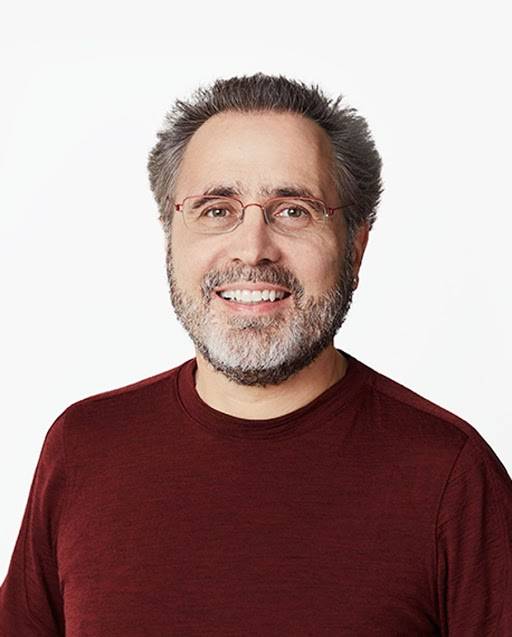 Hölzle made great play of the idea that Anthos is both open source and cloud-neutral. Speaking in the Q&A at Cloud Next OnAir, he said: "One of the game changers is to change cloud away from thinking about it as three different clouds and you have to choose one of the three. I think that is going to be outdated very soon."

He went on to liken Anthos to Linux. "Anthos is kinda like Linux. It's not the same because it's managed. You do get open source but you don't have to worry about the security patches, etc."

'Kf is no longer an open-source project'

The fact, though, is that not all of Anthos is open source – the console and management pieces are not, as far as we are aware – and you can use the open source parts without requiring Anthos. Google even made a component of Anthos, called Kf and used for running Cloud Foundry applications, closed source when it used to be open source.

The repository currently says "This project is no longer supported by Google" but the company still develops it and has said: "We're making it easier for you to migrate workloads from Cloud Foundry, a first-generation cloud application platform. This new migration feature uses Kf on Anthos."

We asked Google about this, and were told: "Kf is no longer an open-source project, hence the designation in GitHub. Google has been investing heavily in Kf for a while, and now has API compatibility for the core developer workflows (40+ commands) in Cloud Foundry. Kf is built natively on Kubernetes, and helps Cloud Foundry customers cleanly migrate their processes and apps to Anthos and GKE over time." The Reg enquired why it is no longer open source but have not received an answer.

From a marketing perspective, it benefits Google to talk about Anthos, which is its own, rather than to talk about the open source pieces that others also offer. This is part of a pattern, where the company seems to be tightening its hold on the technology. Google invented Kubernetes for orchestrating containers at scale, and established it in the industry by making it open source and co-founding the Cloud Native Computing Foundation (CNCF) to maintain it.

Google now appears to be worrying that it gave too much away, accounting for mysterious actions like forming the Google-flavoured Open Usage Commons (OUC) to manage trademarks for Istio, and probably in future Knative, rather than adding them to the more vendor-neutral CNCF.

We asked microservices consultant Sam Newman whether Anthos is as significant as Google claims. "In a word, no: it's unlikely to be a big deal," he said. "It's an obvious continuation of the cloud catch-up strategy that was behind Kubernetes – they're losing the public cloud battle so want to create the illusion of transparent portability across providers. We've been here before, many, many times."

Newman said that a "transparent hybrid cloud experience" is too restrictive, adding: "Google have shown time and again that they don't get the enterprise. Their poor comms with customers, deprecation of services, etc will all undermine confidence in enterprise customers.

"I have no issue with an org taking a multi-cloud approach, but thinking that is the same as being cloud agnostic is incorrect. Google of course have to play this game, because they are at best a distant third in the public cloud space in the west, and arguably fourth if you look globally."

The problem is not that the Anthos technology is bad. The core of it – Kubernetes, Istio and Knative – is open source and industry standard. Google knows how to run these effectively. The question, though, is whether its "write once run anywhere" pitch for Anthos is really more about "run GKE everywhere", which is less compelling. Google partner Appsbroker said: "By running Google Kubernetes Engine (GKE) on Google Cloud Platform teams are able to much more easily adopt and manage Kubernetes … Anthos now extends this principle to premises-based (via Anthos GKE on-prem) and different cloud environments (initially with Anthos GKE on AWS)."

Newman's comments show that Google still has work to do in persuading the developer community of the merits of its multi-cloud approach.

Had enough of Google Cloud OnAir? Look away now. Next OnAir EMEA starts on 29 September. ®