Review Mechanical keyboard aficionados spend years (and an unconscionable amount of money) searching for typing perfection. One recent pocket-crushing contender in this arena is the Das Keyboard 4C TKL, which retails at $139 (or £139 in Blighty).

The Das Keyboard 4C is a conservative affair. While other mechanical keyboards (especially gaming-oriented ones) come with more RGB LEDs than a Berlin nightclub, this effort wouldn't look amiss in an office cubicle. It's more "senior software engineer", less "Twitch streamer".

That's no bad thing. Just as nobody got fired for buying IBM all those years ago, no one has ever been sacked for investing in office gear that looks like… well… office gear. 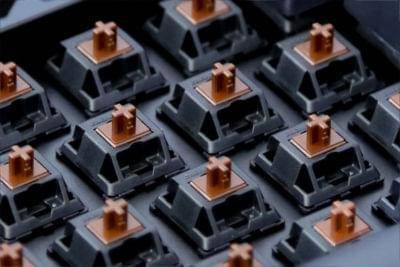 From an ergonomic perspective, the Das Keyboard 4C TKL proved comfortable for long-term use, thanks to its well-spaced and intuitive layout. As the name suggests (TKL is shorthand for tenkey-less), this board lacks a number pad, making it well-suited for smaller desks. It also swerves dedicated physical media keys in favour of function key shortcuts.

While lighter keyboards have a tendency to move about the desk, the metal frame gives the 4C TKL enough weight to stay put, even as you vigorously spurt the most furious tweet storm ever composed. It also comes with a few extra hidden delights, including a two-port USB hub, allowing you to connect a wired mouse or some USB flash storage.

The PBT keycaps that ship with the Das Keyboard 4C TKL are sturdy and offer a consistent amount of travel and "feel". That's something you'll notice with pricier keyboards – consistency. Though it's possible to spend £45 on a mechanical board (and even less), you'll often encounter keys that just feel different to those surrounding them. That said, this board comes with the tactile Cherry MX Brown key switches, which aren't to everyone's taste.

MX Brown switches are a happy medium between the Cherry MX Red and Cherry MX Blue flavours. Red key switches are often preferred by competitive gamers, thanks to their highly responsive speed and overall silence. Blue key switches, however, are famed for their immediate physical feedback and the typewriter-style cacophony they generate. 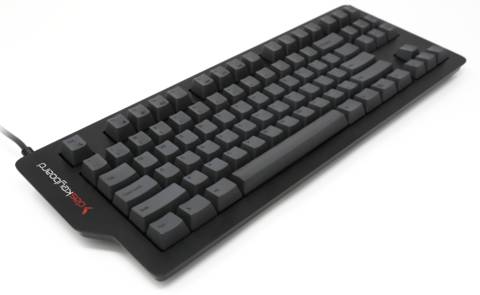 The result is an all-rounder. Brown switches are light, making them suitable for gaming. They're tactile and produce some noise as each keypress "bottoms out", but unlike Blue switches you're not going to cop a noise abatement order from your local council.

There are some gripes. The lack of backlighting is a shame, particularly given the dark cladding of the Das Keyboard 4C TKL. It makes it hard to use the board in low-light conditions, like when you're pulling an all-night code sprint.

Despite that (admittedly major) flaw, there's otherwise a quite a bit to love here. The build quality is consistently excellent, from the frame to the keys themselves. The compact design is both efficient and portable, and the inclusion of a USB hub is a welcome (and relatively rare) addition.

There's some stiff competition in its price category, and prospective buyers would be well advised to contrast with other premium rivals. Those looking for a space-saving design might want to consider the latest fare from Happy Hacking. Meanwhile, typists and programmers should weigh up the merits of Unicomp's IBM Model M clones. ®