Astrobiologists have found 24 exoplanets that, compared to Earth, may have environments better suited to complex life like that found on our world.

A team led by Dirk Schulze-Makuch, a professor at the planetary habitability and astrobiology at the Technical University Berlin, devised a checklist of requirements that an alien world must meet in order to be classed as a “superhabitable” planet, capable of supporting complex, oxygen-based lifeforms as seen here on Earth. After going through the records on 4,000 exoplanets, the team identified 24 candidates that tick the boxes, though bear in mind all of them are at least 100 light years away.

Complex life is defined as organisms that are “macroscopic and multicellular,” Schulze-Makuch, also an adjunct professor at Washington State University in the US, told The Register. ”On a superhabitable planet, we would expect this type of life in addition to microbial life as well as animal-like and plant-like life.

“It’s sometimes difficult to convey this principle of superhabitable planets because we think we have the best planet. We have a great number of complex and diverse lifeforms, and many that can survive in extreme environments. It is good to have adaptable life, but that doesn’t mean that we have the best of everything.” 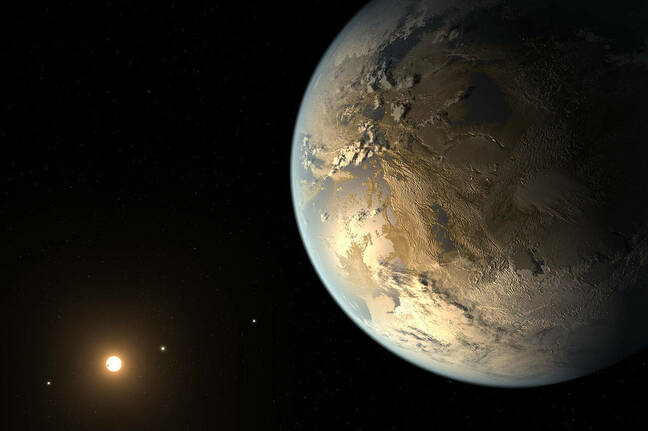 Better than Earth? An illustration of an alien world. Credit: NASA Ames/SETI Institute/JPL-Caltech

For example, Earth's G-type sun will only last about 10 billion years, but K-type main-sequence stars are smaller and dimmer and can last up to 70 billion years. Schulze-Makuch said an exoplanet orbiting one of these stars will have more time for life to evolve, improve, thrive, and survive than here on Earth.

Size also matters. Planets that are larger and heavier will have more habitable land, and stronger gravity to retain an atmosphere. A higher average surface temperature would also lead to a warmer humid climate that supports higher levels of biodiversity, according to the team's paper, published in the journal Astrobiology, which details these superhabitable planets.

Superhabitable planets also share many properties with Earth, including having an atmosphere containing oxygen, land covered in water, plate tectonics, a relatively large moon, and a protective magnetic field to shield it from harmful solar radiation.

There are no exoplanets that have every single box ticked on the checklist, however. Schulze-Makuch told El Reg the best option is exoplanet KOI 5554.01. Located 701 light-years away, it’s estimated to be 6.5 billion years old (give or take a couple of billion), up to 1.29 times larger than Earth, and with a moderate average surface temperature of 26.17 degrees Celsius.

“With the next space telescopes coming up, we will get more information, so it is important to select some targets,” said Schulze-Makuch in a statement. “We have to focus on certain planets that have the most promising conditions for complex life. However, we have to be careful to not get stuck looking for a second Earth because there could be planets that might be more suitable for life than ours.” ®