The US Air Force (USAF) is deploying Kubernetes containerisation tech aboard some of its spyplanes – as UK-based Britten-Norman teams up to make one of its flagship aircraft semi-autonomous.

Technology and aviation have, to a greater or lesser extent, always moved hand in hand. Yet this week's two most standout aviation tech developments represent a step change from the traditionally slow and cautious pace of development in the aerospace world.

The USAF has tested Kubernetes aboard a U-2 Dragon Lady spyplane. Although the blog post about this is extremely dense, even to eyes used to digesting enterprise tech announcements, it appears that Kubernetes is being used to swap mission software loads on and off the spyplane's four onboard computers. 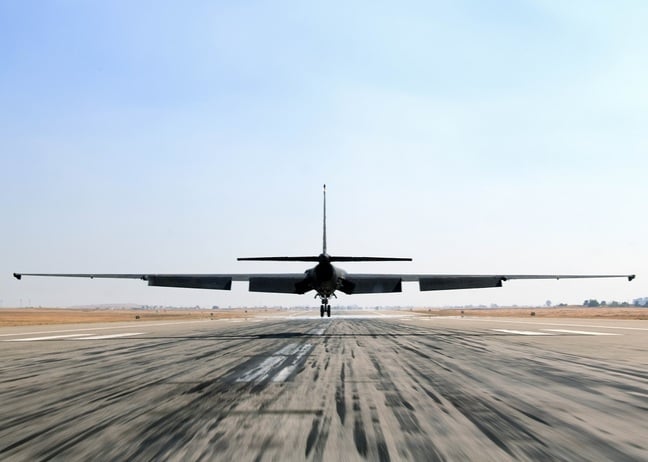 "The U-2 flight brought together the power of four individual, flight-certified computers on board the aircraft, leveraging the advantages of Kubernetes to run advanced machine learning algorithms without any negative effects on the aircraft's flight or mission systems," the USAF said.

Aviation software is highly regulated, especially loads that might interface with flight control systems. Reading between the lines, it seems that the advantage of using Kubernetes in flight is that it allows multiple software packages to be run on the aircraft's mission systems (the ones used for working the onboard cameras, basically) without being dependent upon a single hardware environment – or requiring long and costly recertification of multiple software packages running on that single hardware environment.

"We look to unleash the power of digital engineering and agile software development to seize the opportunity for rapid evolution of the technical stack; ultimately enabling the unprecedented delivery of capabilities by compressing the time to field advanced technologies at a speed relevant to the warfighter," burbled Dr John Matyjas, chief scientist of the U-2 Federal Laboratory.

Earlier this year the USAF announced that its upcoming B-21 stealth bomber would also be reliant on Kubernetes. As we reported at the time: "Given that once you tell the world your shiny new bomber programme runs Kubernetes, your adversaries know where to focus their security research."

Brexit Britain actually good at something

Separately, Britten-Norman announced this week that it is partnering with British drone company Blue Bear to develop ways of making its BN-2 Islander, an iconic twin-engine utility aircraft, capable of flying autonomously without a human at the controls.

William Hynett, CEO of Britten-Norman, said in a canned statement: "We have become used to the 'car of the future' incorporating green and autonomous technology, the future of aviation will undergo a similar revolution. Blue Bear is the leading light when it comes to air autonomy technology, it is an absolute privilege to be partnering on this project."

The project is noteworthy because it involves two British companies working on a British-designed aeroplane, something bound to play well with the UK government as it starts dialling up the rhetoric on post-Brexit Britain's economic prospects. Autonomous full-scale aviation is one of the fields where the UK is genuinely competitive. ®