An innocent drone has crashed after being attacked by an aggressive Scottish black-headed gull.

The remote-controlled craft, a DJI Matrice M200 quadcopter, was being flown over Stranraer Academy in Dumfries and Galloway when the avian terror struck without warning. 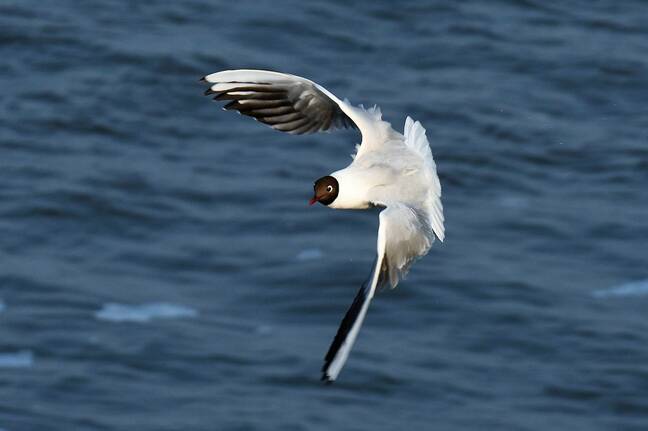 The Air Accidents Investigation Branch said, in a report published today, that the Matrice "was being operated commercially on a roof survey of a large building in a built-up area," an entirely routine flight, when Mother Nature struck.

"The UAS flew out on the first [survey] track before returning on the second when a gull flew over the pilot from behind and attacked it," recounted the AAIB. The drone's pilot desperately tried to take manual control of the craft as the maddened bird, perhaps offended by the unnatural flying object barging into its habitat, struck.

Sadly, the pilot's valiant attempts to save the Matrice were doomed to failure because "the front right propeller was damaged in the attack." Deprived of lift, the 6.14kg drone made like Icarus and fell from the sky, landing on the building's roof.

The pilot "had not experienced this level of aggression before and noted that it was one of the black-headed gulls in the area which had attacked," with the AAIB providing a reference photo of said Chroicocephalus ridibundus, just in case any other winged psychopaths of a similar feather decided to have a go at future drone flights.

Back in August, in what some Americans interpreted as a sign of divine intervention, a bald eagle – the country's national animal – terminated a DJI Phantom 4 with extreme prejudice, but not before the drone was able to beam precise data about its downfall back to its operators. ®