'This was bigger than GNOME and bigger than just this case.' GNOME Foundation exec director talks patent trolls and much, much more

Snaps vs Flatpaks, losing in mobile, Microsoft and Linux, and avoiding another GNOME 2 to 3 disaster

Interview Patent assertion entities: do not pick a fight with open source. It won't end well for you. This is the message from GNOME Foundation executive director Neil McGovern, who will speak on the subject at the Open Source Summit Europe next week.

McGovern talked to The Register ahead of the event on patents, Microsoft, and more.

The open-source outfit develops the default desktop environment on major Linux distributions including Ubuntu and Red Hat. In late August 2019, Rothschild Patent Imaging filed a lawsuit against the GNOME foundation claiming that GNOME Shotwell, a photo manager, infringed one of its patents.

“We didn't receive a letter before the court documents were filed or any sort of warning, it was just filed and then within a week there was a settlement request for $75,000,” McGovern told us. 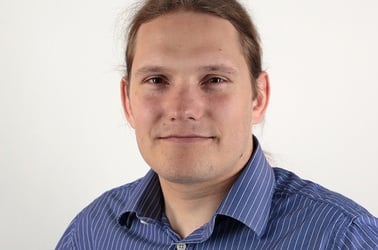 Instead, GNOME Foundation said it would “vigorously defend against this baseless suit.” Nine months later, the dispute was settled without payment, and “both Rothschild Patent Imaging and Leigh Rothschild are granting a release and covenant to any software that is released under an existing Open Source Initiative approved license.”

McGovern said he was “exceptionally pleased with the outcome… I felt it was incredibly important to send a message to the entire patent assertion industry that basically you don't go after open source projects. It won't end well for you.”

What enabled this achievement? Much of it comes down to funding, said McGovern. “Normally the way these entities work is that they want a quick payout and to move on. They don't want it to go to court.”

The idea of running a full free software stack on your phone, and people being in control of their computing on their phone, is something that has been lost, certainly for the moment

The problem though is that “to fully defend a pattern infringement case it usually costs about $10,000,000,” he said.

GNOME though got pro-bono representation from Shearman & Sterling LLP which was “a huge help,” said McGovern.

The Foundation also raised public funds, to meet “other costs that we had in defending it, flights, expert witnesses, patent searches, court filing fees, etc,” he said.

Moving onto matters new, Microsoft is working with Canonical to get a Linux GUI, no doubt GNOME based, running on Windows 10 via Windows Subsystem for Linux (WSL). What is the significance of that?

“I'm certainly very pleased to see that Microsoft are moving more towards encouraging open source development,“ said McGovern. “With regards to WSL in particular, I don't see it as a threat. Our priorities are around encouraging end user control over their own computer, end user freedom.

"I think the only way that that can happen is through use of a truly open source stack. A proper open source desktop.”

There is an issue in that despite rising use of Linux and open source, end user computing environments are getting more locked down. “In some ways, open source has won, it is ubiquitous, I think now 100 of the top 100 supercomputers are now running Linux,” said McGovern. “But there's still that challenge in that this isn't the sort of Utopia we all wished for when we first started doing this, people being able to control their own computing hasn't yet been reached.”

One of GNOME Foundation’s key challenges is “trying to ensure that Linux on the desktop grows and remains relevant in a world where we're seeing more and more services go online, where use of mobile computing [and] cloud computing is growing,” said McGovern.

He observes though that “the use of desktop computing, and I include laptops here, has actually increased, but there has been a huge rise in mobile devices. But it’s the thing people use when they want to get real work done, like writing an essay or doing your accounts.”

Is the big problem though that GNOME has lost on mobile, just as Microsoft has done? “We have things like Purism producing the Librem mobile phone,” said McGovern.

“But the idea of running a full free software stack on your phone, and people being in control of their computing on their phone, is something that has been lost, certainly for the moment. There is dominance from iOS and Android. It has become very expensive and complex to produce hardware and then ship something on it, as Nokia and Blackberry and Microsoft have found out.

"It’s hugely problematic. We don’t have the funding to try and drag that forward. If we had a big pot of money I’d love for us to be able to produce a mobile ourselves, but that’s not where we are at the moment. 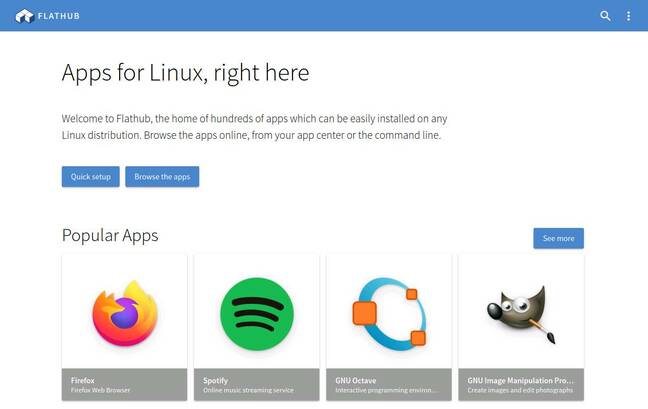 The developers of Linux Mint are troubled about Canonical’s Snap Store, what does McGovern think? “I don't have an issue with Snaps,” he said. “I do have a concern that the Snap Store is entirely gated by Canonical.”

“The effort that is going in to have application developers be able to target a single runtime or that works across distributions, I think is absolutely fantastic, and it's something that's been missing for many many years on Linux systems. For an app developer to go 'Hey, I want to make it available for MacOS and then for Windows and then these 30 different Linux distributions which all work in a special way' is just not something that is going to drive that ecosystem towards Linux.”

The GNOME answer is Flatpaks and an associated repository called Flathub. “Unlike with Snaps, people can set up their own Flatpak repositories, so it becomes a lot more distributed in that people set up whatever they want. With Flathub, we're truly trying to make it a cross platform thing, so it's not just us, KDE have their stuff on there. And also including some proprietary applications, make a place where there is a App Store, but it is run on behalf of the community,” he said.

GNOME versioning: no repeat of 2 to 3 disruption

The current version of GNOME is 3.38, but the next, expected around March 2021, will be called GNOME 40. You could think of it as 3.40 because the Foundation is determined to avoid a repeat of the disruption caused when GNOME 3.0 appeared in 2011. The future will be regular small changes, not big bang releases, as explained by the Foundation’s Emmanuele Bassi.

“We've reached the point where we have a platform that we're reasonably happy with,” said McGovern. “There isn't really a need for a big overhaul in the same way that that happened before. GNOME 2 and its technology stack was very limiting in what could be done, and there was a lot of old code there. Things are moving towards a more iterative approach.”

There will be no GNOME 4.0 because, “if we ever did release 4, then people would see it as a huge change in [that] everything's going to be broken again, and that's not really what we’ve got,” he said.

Even changes like the move from X to Wayland for the display protocol, which is a big technical change, can be done without disruption to users. “The idea is that users should not necessarily notice a difference, except that things will be smoother and potentially more fluid because they can actually use proper 3D acceleration,” said McGovern. “Our aim is to ensure that stuff which worked before continues to work. It’s actually a lot more secure way for people to use their computer. X had a lot of issues with its architecture.”

GNOME not just a desktop 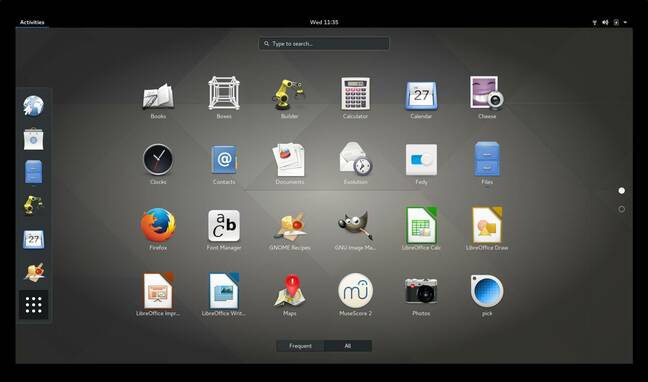 GNOME, said McGovern, is not just a desktop. “Everything from libxml which is used everywhere, D-Bus and things like GStreamer which is the audio visual framework that's used in millions of TV's and cars, is something that's come from GNOME itself because to produce this simple, easy to use desktop environment we have had to have lots of plumbing underneath it.

“As a foundation as well, we are also trying to drive not just the desktop, we do Flathub, we’re currently running a Community Engagement Challenge which is about teaching people how to contribute to open source software. We need to be able to do this to secure that future of people's control of their own computing, rather than just using a desktop. A lot of the stuff we do has a wider context.”