Ubuntu 20.10 is out, with Canonical highlighting its Raspberry Pi support, including not only desktop support but also micro clouds based on MicroK8s, the company's lightweight Kubernetes distribution.

Codenamed "Groovy Gorilla," Ubuntu 20.10 is only supported for nine months, unlike its predecessor 20.04 which is a long-term support release. It is based on the 5.8 Linux kernel, which is a substantial upgrade from 5.4 as used in 20.10, with Btrfs RAID 1 support, USB 4 (based on Thunderbolt 3), updates to support features of recent CPUs Intel Ice Lake and Tiger Lake graphics, AMD Zen 3, and more. Also included by default is GNOME desktop 3.38, the latest version. 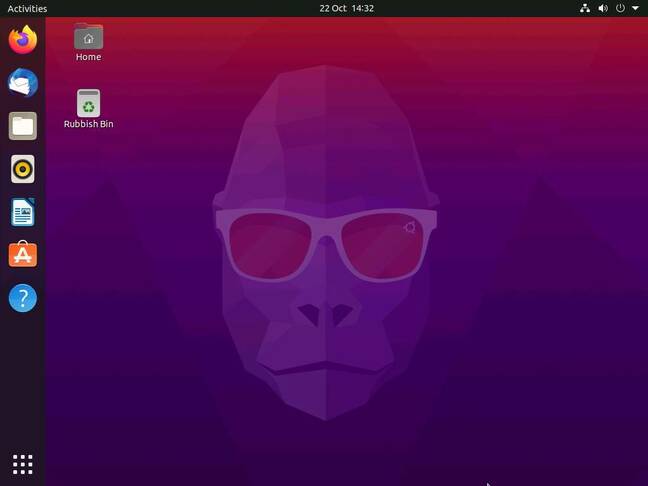 Ubuntu 20.10 “Groovy Gorilla” is out now, but only supported for 9 months

Canonical has offered a Raspberry Pi image for Ubuntu Server for some time, and it has been possible to install a desktop, but what has changed is that there is now an official Ubuntu desktop image for Raspberry Pi 4. 4GB or more RAM is required, and a 8GB storage card is recommended (4GB minimum). The new Compute Module 4 is also supported. Ubuntu is more demanding than Raspbian which will run with 2GB RAM. 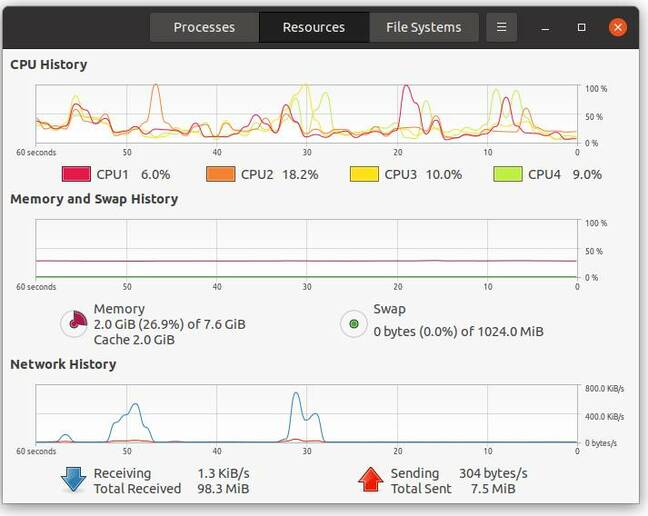 Ubuntu's resource manager on a Pi, with not much more than LibreOffice running

Part of this review was written in 64-bit Ubuntu Desktop on a Raspberry Pi 4 with 8GB RAM. The good news is that it is perfectly usable. Installation is slick, with pretty images of what is coming.

The essentials for a desktop experience are pre-installed: LibreOffice 7, Firefox, Thunderbird for email, Rhythmbox for music, GNOME image viewer, Shotwell photo viewer and editor, and of course the Ubuntu Software Center to find and install further applications. It does feel sluggish compared to a modern desktop PC, but that is to be expected. 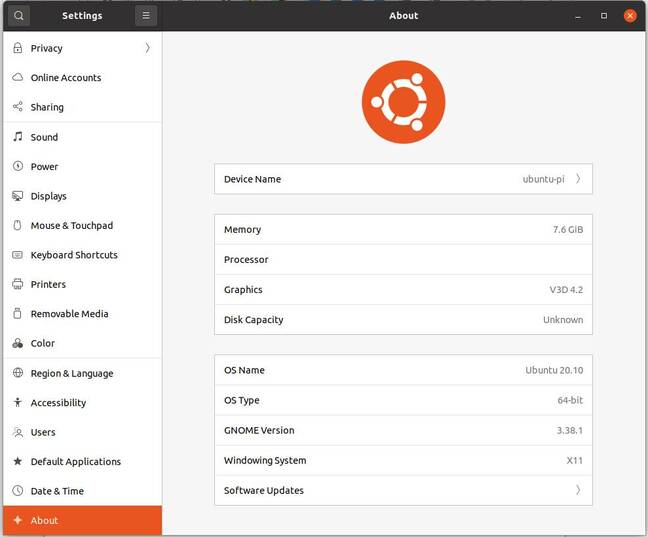 The range of applications users can install is also limited, partly by system specification, and partly by what is available in ARM builds. Visual Studio Code, a particularly useful application for programming, is not yet in the Software Center, but we were able to install by downloading the recent official ARM64 build and installing from the terminal.

Is it worth running Ubuntu Desktop rather than Raspbian, or even Ubuntu with a lightweight desktop such as Lubuntu? It is a matter of priorities. Ubuntu Desktop is less snappy than Raspbian (though it seems faster than 20.04 in our experience so far), but you do get the familiar Ubuntu experience. 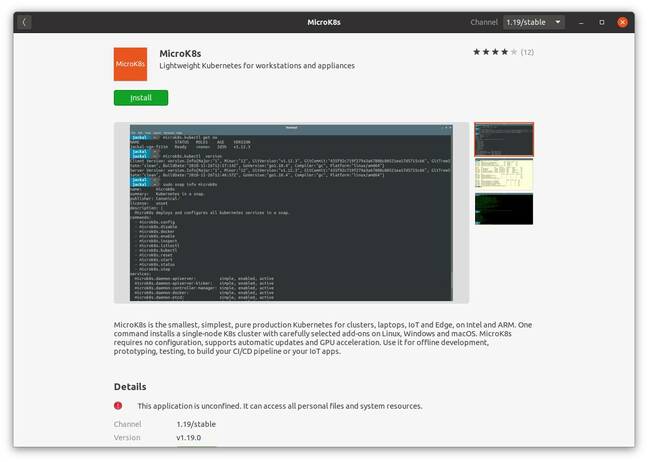 When it comes to the Pi, Canonical is likely most interested in the possibilities for distributed applications. A Pi can become a Kubernetes node thanks to MicroK8s, a minimal Kubernetes distribution packaged as a Snap, the Ubuntu packaging system. Installation on a Pi is therefore a matter of typing:

Then you can start, inspect or stop MicroK8s, and join it to other nodes. Once you have three nodes, there is automatic high availability using Dqlite (Distributed SQLite), and you can start deploying containers with kubectl. Canonical has invited users to "experiment, test or develop with full cloud capabilities through the Raspberry Pi."

The company will be hoping to attract enterprises with IoT deployments or use cases for edge computing.

OpenStack users will find the latest Victoria release now available in Ubuntu 20.10, though the release notes observe that "upgrading an OpenStack deployment is a non-trivial process," probably an understatement.

Pi aside, this is not the biggest of Ubuntu releases but keeps the momentum going for Canonical's distribution, hugely popular for server use on public cloud and becoming more polished for desktop users too. ®